Ronnie O’Sullivan Net Worth - How Much Is The Snooker Legend Worth?

Ronnie O'Sullivan net worth figures are interesting for snooker fans but how does the six-time world champion's wealth compare to other sportspeople? 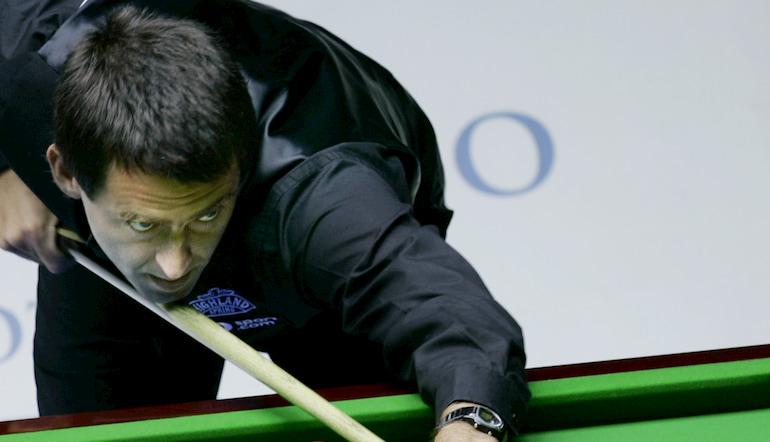 Pretty much universally accepted as the best snooker player ever, Ronnie O’Sullivan is bigger than the sport. O’Sullivan is known by people who have never watched a frame of snooker in their lives.

As records tumble and titles are won, O’Sullivan’s status as one of the greatest British sportspeople of all-time is consolidated.

With such standing comes attention, attention The Rocket doesn’t always crave. For those looking to learn more about O’Sullivan, we’ve answered some common questions.

Ronnie O’Sullivan has compiled 1,070 century breaks, by far the most of anyone in the history of the sport. Stephen Hendry’s record of 775 centuries was toppled in 2015 – John Higgins is the only other player to pass the 750 mark.

O’Sullivan’s break building is often regarded as his greatest skill. He plays with pace, making rapid calculations as he goes, and his potting ability is second to none.

A snooker betting favourite until the day he gives it up, O’Sullivan will continue to rack up the centuries. When he’s on top of his game, he will turn the slightest mistake from his opponent into a triple-figure break.

Unsurprisingly, O’Sullivan also holds the record for most 147 breaks with 15. It’s again Hendry and Higgins who trail him, sitting on 11.

Six of O’Sullivan’s 15 competitive 147s have come in the final frame of a match, which is, once again, a record. Only three players in the history of snooker have as many 147s in total as O’Sullivan has in final frames.

The Rocket also holds a long-standing record for the fastest 147 in history, completing the break in just over five minutes against Mark Price in 1997.

On multiple occasions, he has turned down 147 opportunities in protest at what he considers to be insufficient prize money. His last maximum came against Allan Taylor at the English Open in 2018 – how many more will he get?

An active Twitter user, Ronnie O’Sullivan is nearing half a million followers on the platform. He tweets from the handle @Ronnieo147.

The Rocket’s Twitter bio is everything you’d hope for, “Snooker player. I have a degree in snooker and I am a genius.. haha.” He goes on to list several of the companies he works with.

His recent Twitter activity has primarily been sharing Eurosport content, mainly directing people to coverage of his matches.

Ronnie O’Sullivan isn’t married. He is engaged to actress Laila Rouass and has been since 2013.

He’s got three children, the eldest of which was born in 1996. Taylor-Ann Magnus, from O’Sullivan’s relationship with Sally Magnus, has a child of her own.

O’Sullivan’s two other children were born in 2006 and 2007 from his relationship with Jo Langley.

His family life has been a topic the tabloids have frequently delved into. O’Sullivan has reportedly had a difficult relationship with Taylor-Ann, who claimed in 2018 that he had never met his granddaughter.

Ronnie O’Sullivan senior was sentenced to life in prison for murder in 1992. O’Sullivan’s father murdered the driver of Charlie Kray, brother of notorious gangsters Ronnie and Reggie. The incident happened in a London nightclub fight.

O’Sullivan senior was released in 2010 after serving 18 years. He has always served as an inspiration and been described as a ‘driving force’ by his snooker star son.

Their relationship was clearly very important in the development of the greatest player the sport has ever seen.

His dad watching him in prison was a motivating factor even on the most difficult days, “My dad used to say it was like a visit to him when he saw me on the TV. I thought, ‘Bloody hell, that’s got to be the most important thing, it’s keeping him going. So I knew I couldn’t give up, even though I was hating it. I couldn’t deprive my dad of that.”

How old is Ronnie O’Sullivan?

Ronnie O’Sullivan is 44 years old. He was born on 5th December 1975 in Wordsley. He has been a professional snooker player since 1992.

How many World Championships has Ronnie O’Sullivan won?

He ended a drought by joining the World Snooker Champions list for the sixth time in 2020, tying him with Ray Reardon and Steve Davis.

Years of snooker prize money and endorsements have seen Ronnie O’Sullivan build a net worth believed to be around $14 million.