888sport look at the greatest tries in Six Nations history – which is your favourite? 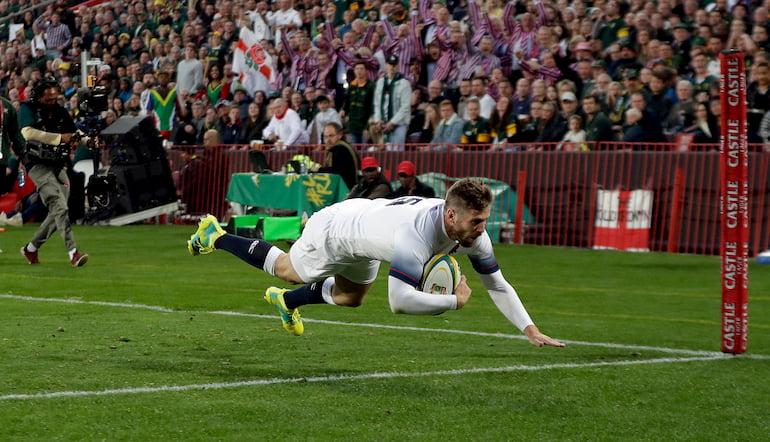 For rugby union fans, the Six Nations is one of the highlights of the year. Every February, we see six of the best northern hemisphere teams compete against one another in a bid to win the Six Nations Championship.

We are already three matches into the 2020 tournament and the most successful teams in Six Nations history are all in the hunt to win the competition again.

With lots of rugby still to be played, rugby union betting odds will shift significantly over the next few weeks.

Here, we take a look at five of the greatest tries in Six Nations history. From late drama to a breath-taking end-to-end try, these are the standout scores that immediately spring to mind when you think of Six Nations rugby:

Arguably the greatest rugby player of all-time, Edwards was an absolute joy to watch.

Ask any Wales fan about his impact and influence and they will all say the same thing – Edwards would take control of a game from start to finish.

In 1972, he scored one of the iconic Six Nations tries against Scotland.

Receiving the ball in his own half, Edwards took on half of the Scottish defence over 70 metres before diving into the corner for an incredible score. It’s fair to say he was quite muddy afterwards!

Okay, so this was technically a Five Nations game but it is more than worthy of a spot on this list.

England attempted a penalty but failed to convert and France decided to launch a quick counter-attack from their own line. Rugby union betting odds wouldn't have predicted that...

France broke quickly down their right flank before Didier Camberabero had the nous to kick the ball in-field towards the onrushing Saint-Andre.

The France star made no mistake to touch down in front of the posts for a famous French try.

Robinson made a name for himself while playing rugby league for the Wigan Warriors but he made the change to rugby union in 2000.

And what a decision it turned out to be – less than three years later he was helping England win the Rugby World Cup.

He was expected to challenge for the top try scorer accolade and his score against Italy will go down as his best England try in terms of skill and speed.

Italy have been Six Nations whipping boys for many years but Bergamasco’s 77th minute try against Wales in 2007 is a standout moment for the Azzurri.

Since that success, Italy have lost 14 consecutive meetings against Wales, including a 42-0 loss in this year’s competition.

There was more late drama to follow Bergamasco’s try as referee Chris White blew the final whistle as Wales were about to restart the game.

However, this was Italy’s time to celebrate and that score will go down in Italian rugby union history.

Probably the best try in recent tournaments, Daly scored the decisive try to snatch victory from the jaws of defeat.

With Wales leading by two points and just minutes remaining, Jonathan Davies cleared his lines but failed to find touch.

George Ford and Owen Farrell quickly sparked an attack over to the other side of the field and Elliot Daly was one-on-one with Alex Cuthbert.

There was only going to be one winner of that clash and Daly touched down to send the travelling England fans wild at one of the best Six Nations stadiums.