Our guide to the Six Nations stadiums – which rugby union venue is your favourite? 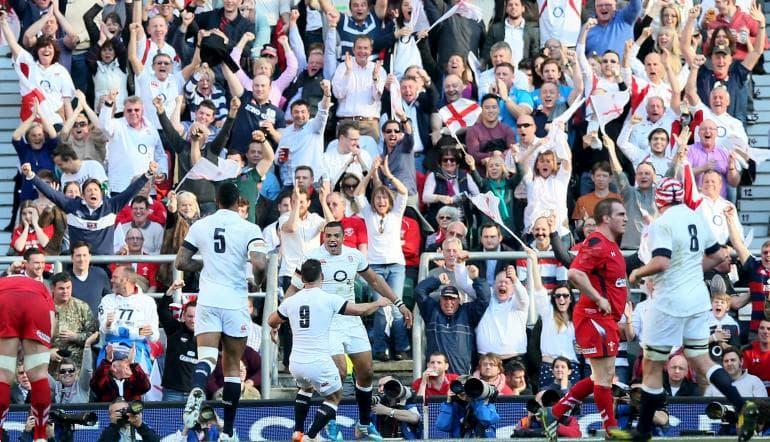 Without a doubt, the Six Nations is the highlight of the international rugby calendar.

Six of the strongest rugby nations in the northern hemisphere compete over a six-week period in February and March to see who comes out on top.

England are the most successful team in Six Nations history with six triumphs, most recently in 2017. At the time of writing, Wales are the defending champions, having won the Grand Slam in 2019.

The latest rugby union betting odds show England as slight favourites to win the 2020 Six Nations but it won’t be completely straightforward.

Here, we take a look at all six stadiums involved in the 2020 Six Nations – which is your favourite?

Italian rugby is in a state of disarray and the Stadio Olimpico is rarely full, even during Six Nations fixtures.

With the capacity to welcome 82,000 fans, it is a spectacular venue and is a must visit for tourists who want to watch their team in sunny Rome. The running track around the pitch dampens the atmosphere but a bonus point victory should lift the mood.

The Stadio Olimpico is the largest sports facility in Rome and it is used for football as much as rugby. The venue played a key role during the 1960 Olympic Games, with the opening and closing ceremonies taking place at the stadium.

With a maximum capacity of 82,000 fans, Twickenham is the fourth largest stadium in Europe but it ranks as the largest rugby-dedicated venue in the world.

Known around the world as the home of rugby union, Twickenham is steeped in history and heritage though even the most ardent England fan would admit that the ground itself is outdated.

England’s headquarters is imposing in stature but atmosphere can be a problem. Barring the odd outburst of Swing Low and the rousing rendition of God Save The Queen before kick-off, noise levels around Twickenham can be hit and miss.

Could we see England move from Twickenham in the future? Only time will tell…

Redeveloped in 2009, Ireland’s rugby union venue can sit nearly 52,000 fans. The stadium itself is built in the shape of a bowl, with four tiers on three sides of the ground.

One side of the Aviva Stadium has one tier due to building restrictions but that takes nothing away from the sheer beauty of the venue.

Unfortunately, the Aviva Stadium cannot match Lansdowne Road in terms of atmosphere but facilities at the venue are second to none.

It isn’t one of the best Six Nations stadiums but is by no means the worst – Ireland will have to settle for middle of the road in this particular category.

With the capacity to host 81,000 people, the Stade de France is the sixth largest stadium in Europe.

The main selling point of the venue is that every seat is covered – a decision that was made back in the early 1990s. Like most Six Nations stadiums, the Stade de France can also host football matches and music concerts.

Les Bleus have gone through a difficult spell in recent years and there is unrest amongst some fans on whether the France national team should move to Parc des Princes.

For now, the Stade de France remains the new home of French rugby and it is a major hotspot for sport tourists due to the history of football at the venue.

Scotland are a force to be reckoned with at Murrayfield and Gregor Townsend’s side have recorded a handful of famous Six Nations wins at the Edinburgh venue in recent years.

With a maximum capacity of over 67,000 spectators, it is the largest stadium in Scotland and regularly hosts music concerts and events.

Murrayfield is a fortress but opposing fans are welcomed with open arms. Scottish rugby went through a rough spell for some time but spectator numbers are higher than ever – as a venue itself, it is capable of creating a rousing cauldron of atmosphere.

With a bit of luck, Scotland fans could see another home victory over old enemy England in 2020.

Without a doubt, the Principality Stadium is the most impressive venue in the Six Nations.

It is based directly in the heart of Cardiff city centre and noise levels are intense, especially when the roof is closed. The passionate Wales fans always make themselves heard and the defending Six Nations champions will be tough to stop in 2020.

With space to accommodate 74,000 spectators, the Principality Stadium is the standout sport venue in Wales.

As one of only two stadiums in Europe with a fully retractable roof, it is a fantastic venue to host international rugby and travelling fans must make sure they get into the ground to play witness the breath-taking Welsh national anthem.