York Racecourse - A Guide To Horse Racing At York

Everything you need to know about horse racing at York - here is our 2021 Knavesmire guide to betting on York racecourse! 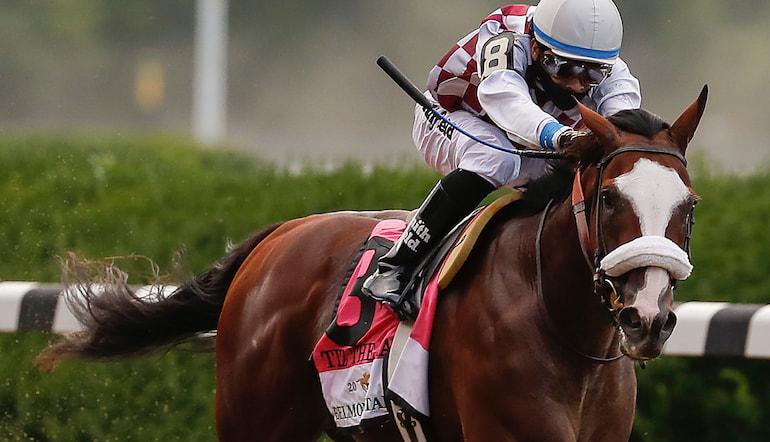 Steeped as it may be in history, York Racecourse is a racing venue that never stands still.

Voted as the best racecourse in the country by The Racegoers Club, following their 2016 annual survey of members, York is no stranger to winning top awards having won that particular title four times now.

Participants were asked for their scores on five categories: viewing experience, betting on horse racing facilities, food and beverages, atmosphere and value for money with the Yorkshire venue coming out a clear winner.

Historians have managed to pinpoint equine sport at York as far back as A.D. 208, to the Roman Emperor Septimius Severus, who had come from Rome to quell disorder in this far flung corner of the empire.

For the entertainment of his troops at the local garrison of Eboracum, Severus brought over several Arabian horses and staged races on the stretch of land outside the city walls, now famously called the Knavesmire.

The first race on the current site of York racecourse was a King’s Plate of 100 guineas on Aug16th 1731, the first day of a six-day meeting.

On the morning of that first day, three convicted robbers had been executed on the public gallows situated near the current Ebor start and nicknamed the “Three-Legged Mare”.

The most famous criminal hanged on the Knavesmire was the highwayman Dick Turpin, who was hanged on April 7, 1739. A witness described how Turpin “went off this stage with as much intrepidity and unconcern as if he had been taking horse to go on a journey.”

It is documented that after the execution of Dick Turpin, the rabble crossed the Knavesmire and enjoyed a day’s racing, just going to show that even in those days York racecourse could provide ancillary entertainments to the local population.

Now it’s folks like Olly Murs that provide the entertainment rather than Dick Turpin.

York is a left-handed flat track and very fair. It is ideal for the long-striding galloper.

In recent seasons, the field tends to come more down the centre of the course than has historically been the case, particularly if conditions are testing.

The track was made into a full circuit in 2005, and offers a straight 5f/6f track, while 7f races start down a chute.

This fixture is always extremely popular with our online betting customers due to its competitive nature.

York’s Ebor meeting is staged over four days in August, with the venue’s most valuable race, the Group 1 Juddmonte International Stakes taking place on the opening day.

It is one of the most prestigious events of the season and its alumni include greats such as Frankel and Sea The Stars. Legendary jockeys Lester Piggott and Frankie Dettori have won the race five times apiece.

This famous sprint is now a Group 1 worth £350,000. It is a really prestigious race with the winner earning an automatic invitation to compete in the Breeders’ Cup Turf Sprint in the same season.

The Group 1 Yorkshire Oaks takes place on the Thursday of the Ebor meeting and often contains a pan full of horses who ran previously in the Oaks at Epsom. Enable completed the historic double in 2017.

The Great Voltigeur Stakes gives the three-year-old colts and geldings an opportunity to strut their stuff down the Knavesmire.

The feature race of the meeting on the concluding Saturday afternoon is the Ebor Handicap.

The race has been hosted on the Knavesmire since 1843 and is the most valuable handicap race in Europe for Flat runners, coming in with a cool £1 million prize-money pot. Lester Piggott won this race no less than five times.

The Dante Meeting (May)

The showpiece race at York’s Dante meeting is the Dante Stakes, a key trial for the Derby at Epsom.

It is also a great chance to pick up some potential Royal Ascot tips. The event is named after Dante, the Yorkshire-trained winner of the Derby in 1945. Golden Horn was the last horse to win the Dante and the Derby in 2015.

The track also hosts the Betfred Yorkshire Cup, which is part of the recently introduced Weatherbys Hamilton Stayers’ Million. Other notable races include the John Smith’s Cup and the Sky Bet York Stakes.

York stages two major Saturday handicaps over the summer months in the shape of the Macmillan Charity Sprint in mid-June and the John Smith’s Cup in July.

You can find York tips here at 888sport, as well as via one of the following: Racing TV App, Racing Post, Yorkshire Post, The York Press, Mull It Over Blog.

The County Stand has a formal dress code of collared shirt, jacket and tie for men. Short sleeved shirts, bow ties, cravats and dress shorts are all also accepted within the code.

There is no formal dress code for ladies, however many choose to dress up for a day at the races.

The Grandstand and Paddock has no formal dress code, Feel free to dress as you wish and be comfortable.

The Clock Tower Enclosure is a relaxed area in which to enjoy picnics with family and friends whilst watching the racing. Patrons are encouraged to dress appropriately to the weather conditions for their own levels of comfort.

York Races are exceptional at providing entertainment - whether that's a normal race day or one of their exciting summer music nights.

Click HERE to explore what’s on at York Racecourse for the remainder of this season.