Will Dean Smith Save Norwich in The Premier League?

The final Premier League matchday prior to the November international break kicked off with Aston Villa’s visit to the St. Mary’s Stadium on Friday, November 5. 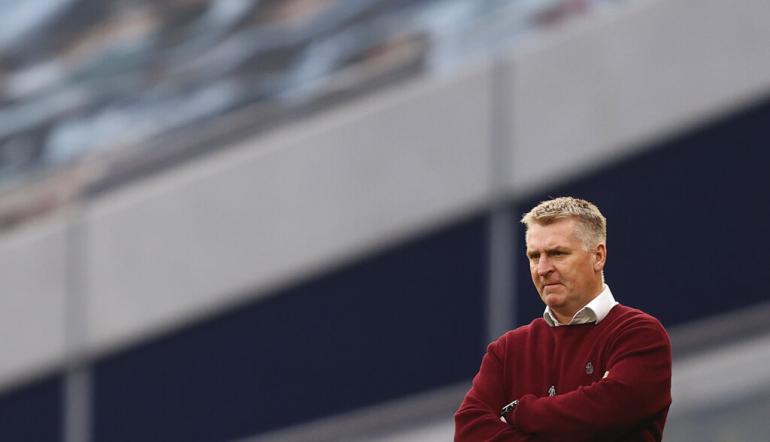 Southampton took the lead early on via a goal from Adam Armstrong, who had joined in the summer to replace attacking talisman Danny Ings, who left for Aston Villa for a whopping fee of £30 million after refusing to sign a new contract extension. With Ings missing out on a homecoming due to injury issues, Armstrong stole the show and fired Southampton to a 1-0 victory, which proved to be enough for Dean Smith, more than three years after taking over, to earn the sack.

The following day, Norwich City defeated fellow promoted side Brentford 2-1 thanks to goals from Scandinavian duo Teemu Pukki and Mathias Normann, ending a 20-game winless streak in England’s top-flight. Instead of provoking celebration and optimism at Carrow Road, however, the victory was followed by the sacking of Daniel Farke, with the German leaving after more than four years in charge of the Canaries. Whilst Villa appointed Steven Gerrard to fill their managerial vacancy, Norwich did not stand on ceremony either and hired Smith on a two-and-a-half year contract. His first opponent? The same team that cost him his job: Southampton.

Dean Smith made various changes to the team that defeated Brentford a fortnight ago. Whilst Tim Krul kept his spot in goal and Max Aarons and Brandon Williams continued to be the starting fullbacks, Grant Hanley returned from a groin adductor injury and replaced teenage defender Andrew Omobamidele, with the Scottish veteran starting alongside Ben Gibson in central defense. Smith abandoned the 4-2-3-1 formation that Farke had previously utilized and opted for a 4-3-3 with Billy Gilmour coming in for fellow summer arrival Pierre Lees-Melou. Despite being used sparingly under Farke, Gilmour started in the midfield trio alongside Mathias Normann and Kenny McLean and lasted 86 minutes before being hauled off for Lukas Rupp.

In attack, Todd Cantwell replaced Kieran Dowell and started on the left side of the front three, whilst Milot Rashica, having played on the left against Brentford, switched to the other flank. Up top, it was Teemu Pukki, with the Finnish striker eager to repeat his goalscoring heroics from the previous match against the Bees.

Norwich initially sat back and allowed Southampton to have the bulk of possession, choosing to stack numbers deep. This proved deadly early on as Mohammed Salisu tip-toed forward and dished it off to Kyle Walker-Peters, who skipped inside and gave it to Oriol Romeu. Romeu’s pass failed to find a teammate, but when Grant Hanley attempted to clear it out of danger, his clearance bounced back to Romeu who deflected it back into the path of Adam Armstrong. The ex Newcastle striker controlled the ball with his chest and gracefully placed it into the path of Che Adams, who held off Max Aarons and Hanley before firing it into the bottom right corner, a testament to his strength and finishing ability.

This early goal proved to be the wake-up call that the Canaries needed, and shortly after, they quickly came roaring back. Milot Rashica doggedly tracked back and won the ball off of Walker-Peters, with Aarons recovering possession and giving it back to Rashica. The Kosovoan winger drove forward, cut inside and slid a through ball into the path of the overlapping Aarons, whose cross found the head of Pukki to equalize the proceedings within seven minutes. Walker-Peters, who had been wrestled off the ball in his own half, had barely reached the halfway line as the Finnish striker snuck in ahead of Salisu and headed it past Alex McCarthy at the near post. 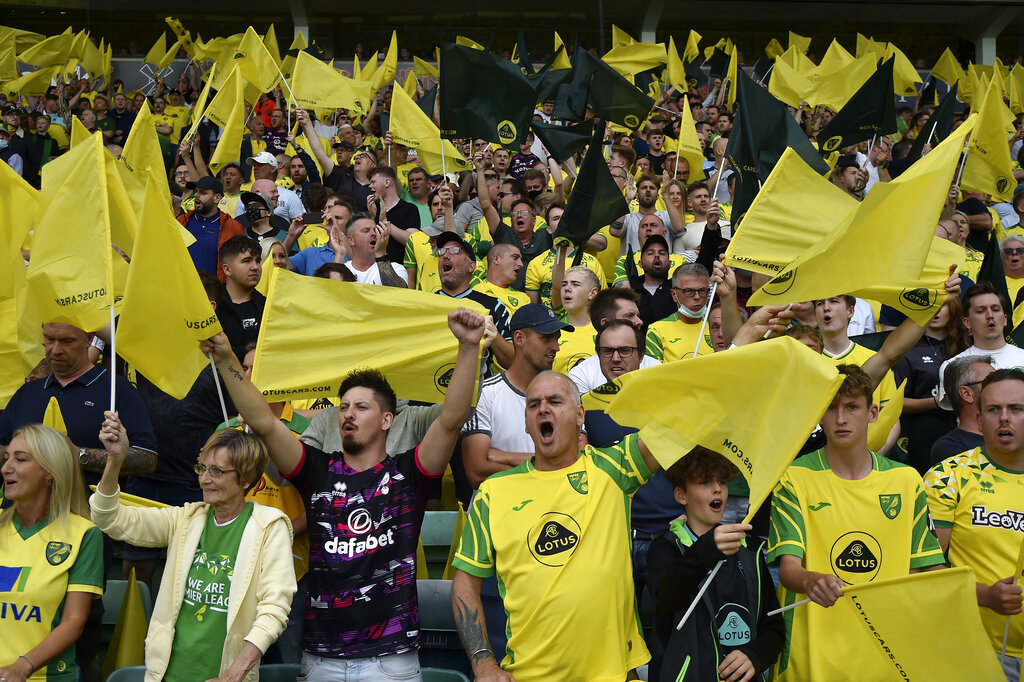 Whilst Norwich attempted to hang on for dear life for the rest of the half, Southampton entered the break frustrated after attempting to break down Norwich’s deep block. The visitors’ best chance came right before halftime after Hanley coughed up possession by the halfway line, allowing Ibrahima Diallo to recover the ball and slide in a through ball for Adams who forced a top-notch save from Krul. Smith elected to make a change at the break and sub off Cantwell, who had taken a knock on his Achilles, and bring on Josh Sargent.

Whilst the American striker has struggled since joining from Werder Bremen, his physicality and nonstop work-rate set the tone in the second half as Norwich increased the intensity of their pressing and hassled Southampton’s midfielders, with Rashica and Sargent also dropping into deeper positions to prevent Saints from exploiting the wide areas as they had done time and time again in the opening 45 minutes.

Rather than just sitting deep in their own box and attempting to block shots, Norwich could now win the ball back in dangerous areas and create havoc with their pressing structure. We saw an example of this early on in the second half as Brandon Williams, anticipating the pass from Jan Bednarek, quickly pushed up and made sure that Ibrahima Diallo barely got a touch before coughing up possession. It was one of those tackles that, even to a player in his second year in the division like Diallo, screamed: welcome to the Premier League, son. Rashica drove forward but made the wrong decision with his pass deflecting off Romeu, but Gilmour nevertheless picked it up and played it to Normann, who dished it off to Rashica, but the Kosovoan’s low shot barely tested McCarthy.

Norwich continued to pin Southampton deeper and put the visitors under pressure, much to the delight of the Carrow Road faithful, and came perilously close to a go-ahead goal as a long-range shot from Normann sailed just north of the goal. A lovely piece of individual trickery and quick thinking from Gilmour put Pukki into a dangerous scoring position, but the Fin’s shot was deflected out by McCarthy for a goal kick. The resulting corner kick saw Gilmour pick out his compatriot with a lovely set-piece, with Hanley soaring above his opponents and teammates to head home the second. 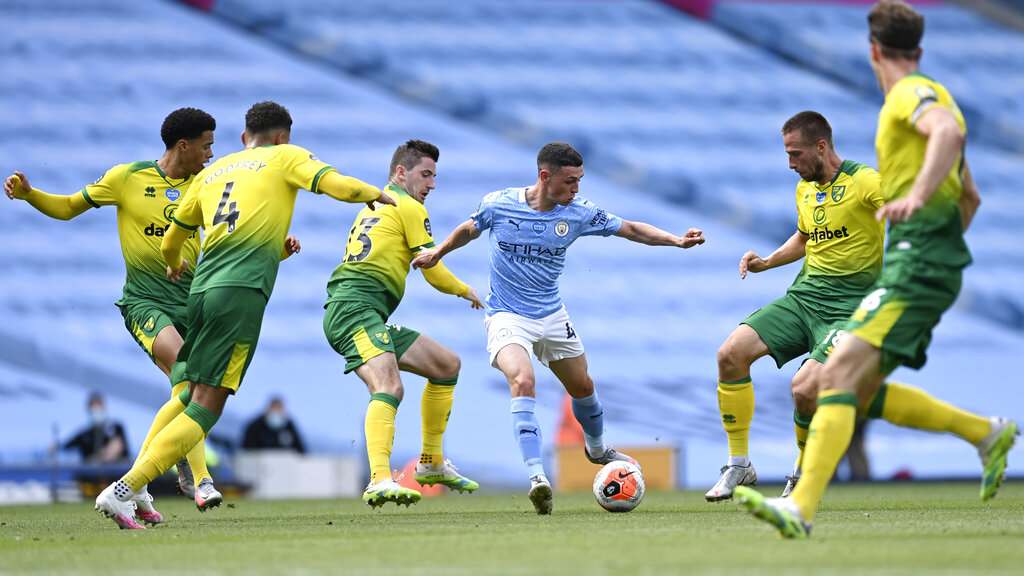 final quarter-hour saw Norwich drop deep and attempt to defend against a flurry of Southampton attacks, the most perilous of which saw James Ward-Prowse pick out Theo Walcott with a pinpoint cross, only for the ex Arsenal man’s header to sail just inches wide of the goal. Norwich would hold on to a 2-1 victory at home, their first comeback victory in the Premier League since May 2016 and their first home victory in England’s top-flight since February 2020. It was far from the strongest display -- Southampton maintained 63% possession and registered 17 shots to Norwich’s 8 -- but it was nevertheless enough to pick up back-to-back wins in the Premier League.

As they prepare for Saturday’s match against Wolves, Norwich no longer sit bottom of the league -- they are 19th with 8 points from their first 12 league matches, and just three points away from safety. Two seasons after leading a last-gasp escape from relegation with Aston Villa, Dean Smith will be looking to do the same at Carrow Road.