As a Premier League legend, the topic of Alan Shearer net worth is debated by football fans across the country. So we tackle the question - how much is Shearer worth? 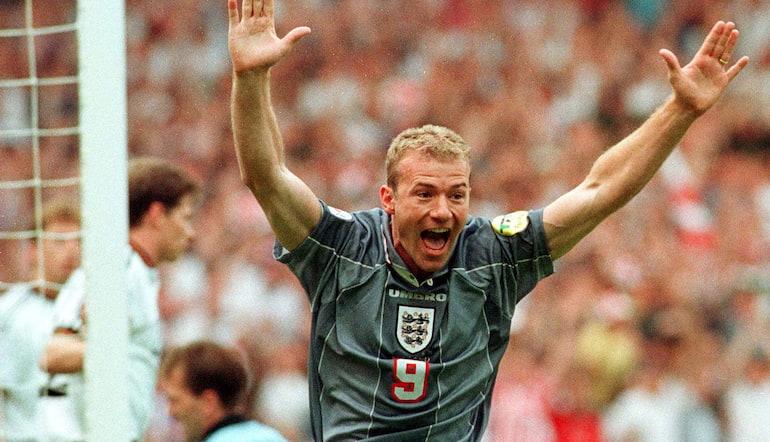 Alan Shearer, born in Newcastle in August 1970, remains one of the greatest Premier League strikers, and the competition’s record goal scorer.

He grew up playing football on the streets, but after being spotted by a Southampton scout at a local club his journey to greatness began. It’s a journey that included hundreds of goals, many for his boyhood club Newcastle United.

After retiring as a player, Shearer has turned his hand to football punditry after a brief spell as Newcastle United manager failed to prevent their relegation. His huge net worth is indicative of his success and reputation in the sport.

How much is Alan Shearer worth?

Alan Shearer has a net worth of £40m, a figure built up from a successful career on and off the pitch.

The Premier League’s record goal scorer was able to demand premium wages, to compliment the record transfer fees needed to acquire his services.

At Blackburn, owner Jack Walker invested millions to gain success, culminating in a league title that would have raised Shearer’s profile further.

When he joined Newcastle he negotiated a £34,000 a week deal, a huge amount at the time. As wages rose during the Premier League era, so did his.

Add to this, millions made from sponsorship deals, and he was able to build up significant wealth, even after retiring.

As a respected Match of the Day pundit on the BBC, Shearer receives £390,000 a year, to add to a 15-year deal with Umbro as one of their ambassadors, that nets him a cool £1.3m per year.

While playing for Southampton early in his career, Alan Shearer met Lainya, who would become his wife.

They initially lived at her parents in Southampton as Alan made his name in football on just £35 a week. In June 1991 the couple married, meaning they have now been happily wed for over 30 years.

Lainya does not court publicity, making a rare appearance at Alan’s Newcastle testimonial match, and it has been reported that she feels considerable discomfort at the public profile of her husband. It is not surprising therefore that she avoids social media platforms.

Alan has commented in the past that his love for Lainya and their children has been a key reason for him turning down moves to foreign clubs in the past.

This was due to his reluctance to uproot his family, and maintain a stable lifestyle, leading to him breaking many a Premier League record.

Alan and his wife have three children together – Hollie, Chloe and Will. All three have reached adulthood, with the youngest Will now in his twenties.

Of the three, it is Hollie that has the most public profile, as she is a singer of pop and country songs trying to find success in the music industry.

She released her first single in 2020. It seems that Alan has passed on some of his sporting prowess to his son Will, but it is rugby union that he looks to excel at. As for Chloe, she is forging a career as a sports agent.

The three children generally keep a low profile aside from work commitments, and are clearly close to their parents, often holidaying together.

Chloe and Will have been keen supporters of their father’s charity endeavours too in the past, running a half-marathon in 2017 in aid of the Alan Shearer Foundation.

Shearer scored 283 goals during his league career, all of them in the top-flight of English football. His total in the Premier League was 260, with 23 goals scored in the old First Division.

The statistics tell their own story – a record 11 hat-tricks and 422 goals in all competitions. The record is even more remarkable considering that he recovered from two serious injuries during his career.

His 260 Premier goals put him 52 goals ahead of Wayne Rooney, the second highest goal scorer in Premier League history.

The only current player who may surpass his total of most Premier League goals is Harry Kane, who will begin the 2021/22 season 94 goals behind.

What’s more, Shearer could score all types of goals. Long range shots, tap-ins, or headers: he was a complete centre forward.

Newcastle United could certainly use him right now, Premier League odds suggesting further struggles for the Magpies during the 2021/22 season.

The Euro 96 campaign is one that lives long in the memory for England fans, a bittersweet experience for Alan Shearer and teammates.

Home advantage raised expectations, though football betting odds suggested England were far from favourites, and hopes of a first trophy in 30 years for the Three Lions were cruelly dashed by a penalty shoot-out defeat against Germany in the semi-final.

For Shearer though the tournament was a success, considering he was without an international goal in two years. It took him 23 minutes against Switzerland to break that duck.

He would follow that up with a goal against Scotland and a brace versus Holland as England topped their group.

In the knockout stages, he would score an important goal in the penalty shoot-out against Spain, the opening goal against Germany, and a penalty in the shoot-out.

Ultimately it was not enough, and England fell just short. Shearer’s reputation however was further enhanced.

During his illustrious career, Shearer became known for his unique goal celebration, which of course fans got to see on a regular basis. It was a simple raise of his right arm to the air as he wheeled away from goal.

The celebration was immortalised on numerous occasions during and after his playing days. A huge banner, depicting Shearer as the ‘Gallowgate Giant’ as he celebrated a goal, was unfurled on the side of Newcastle’s ground to mark over a decade at the club.

A more permanent reminder of the celebration can be seen outside St James’ Park, by observing a statue called ‘Local Hero’ that was erected in 2016 to commemorate their world-class No 9.

There was controversy over the statue pose, as Shearer traditionally raised his arm with a flat hand but he later explained that he raised a finger too on occasion, as portrayed in the statue.