Arsenal Goalkeepers – Who Is The Greatest Gunners Goalkeeper?

Who is the greatest Arsenal goalkeeper of all-time? We look at the current Gunners shot stoppers and best Arsenal keepers to play for the club... 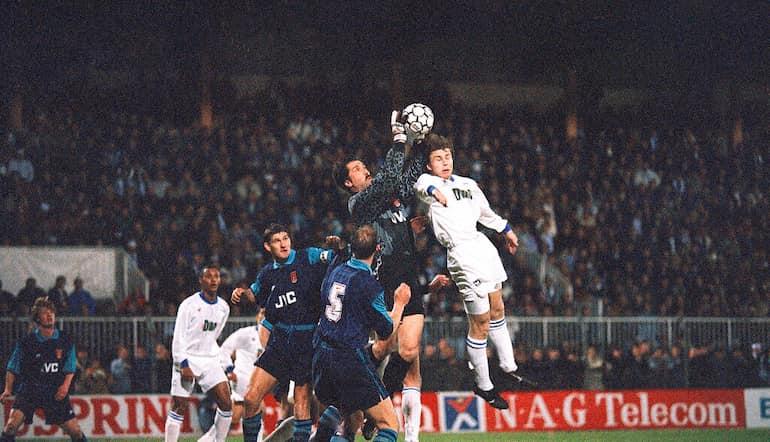 One of the biggest clubs in English football, Arsenal have had a plethora of talented keepers between the posts throughout their illustrious history.

If you’re relatively new to football odds, you may not know some of the Gunners legends on this list but almost every supporter will know England star David Seaman.

While fans usually associate Arsenal with free-flowing, attacking football, the Gunners have been blessed with some of the greatest goalkeepers to grace England’s upper echelons.

The likes of Seaman and Jens Lehmann kept Arsenal at the top for many years – similar to how the best Liverpool goalkeepers helped the Reds to dominate Europe.

Arsenal have lost their way in recent seasons but Aaron Ramsdale is enjoying a sensational year in the Gunners goal and he could eventually contest for a spot on this list.

So without further ado, it’s time to look at the history of Arsenal goalkeepers. From the best shot stoppers of years gone by to today’s Gunners goalies, it’s sure to be one hell of a ride.

Aaron Ramsdale joined Arsenal from Sheffield United in the summer and he has been an instant hit at the Emirates Stadium.

While Gunners fans were split on the new Arsenal goalkeeper heading into the season, Ramsdale has won supporters over with a string of impressive displays.

He was named the club's Player of the Month in October 2021 and the 23-year-old has time on his side as he looks to challenge for a place among the Arsenal goalkeeping legends. 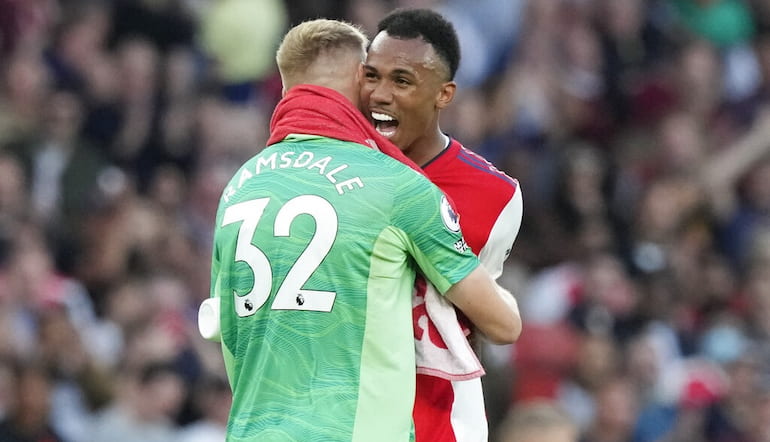 Despite Ramsdale’s arrival, Bernd Leno is the Arsenal number one and the Germany shot stopper is a competent option if Mikel Arteta wants to switch things up.

Leno moved to Arsenal in 2018 but has struggled to inspire confidence during his initial tenure at the club, hence why the Gunners acquired Ramsdale last summer.

With rumours hinting at an Emirates exit for Leno in January, the Arsenal goalkeeper situation could be completely different come February 2022.

Seaman was an ever-present for Arsenal during his 13 years at the club, racking up over 400 appearances and cementing his status as a club legend.

Pulling off a number of breath-taking saves in the red and white, Seaman was a reliable figure in the Arsenal goal and the media were quick to name him ‘Safe Hands’.

He was the backbone of Arsenal’s success for over a decade, helping the Gunners to justify Premier League predictions en route to two league titles and four FA Cup triumphs.

Without a doubt, Seaman is the club’s greatest ever goalkeeper. Rival fans still bring up that Ronaldinho free-kick in 2002 but for Arsenal, ‘Safe Hands’ was as reliable as they come.

The best goalkeepers tend to have their quirks and Pat Jennings was certainly unorthodox. In fact, he is credited with being one of the first keepers to make a save using his legs.

Jennings played for arch rivals Tottenham Hotspur but almost every football fan remembers him for his time at Arsenal. Without a doubt, he is a Gunners legend.

In the end, Jennings made over 300 appearances for the Gunners, helping the club to reach three FA Cup finals during his eight years at Highbury.

Around long before Premier League betting became a thing, Jack Kelsey was dedicated to Arsenal for three decades – that is some achievement.

He joined the club in 1949 and learned the ropes for two seasons behind George Swindon but went on to hold the number one jersey for over eight years.

Like Moss, Kelsey revolutionised the goalkeeper position. Not only did he perfect the ‘sweeper keeper’ role, but he rubbed chewing gum on hands before matches to improve his grip.

Kelsey played 327 games for Arsenal while also receiving over 40 caps for his beloved Wales. To this day, he is still regarded as the best Welsh goalkeeper of all-time.

Brilliant to watch, Jens Lehmann brought personality and character to the goalkeeper role – and he was a huge hit with the Arsenal supporters.

Lehmann was a key figure during the Arsenal Invincibles campaign, playing all 38 games en route to winning the Premier League title. 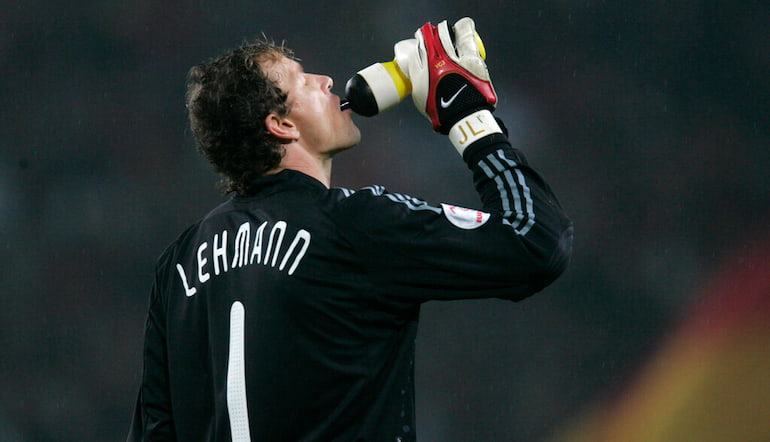 Like many of the top Arsenal goalkeepers, Lehmann returned for a second spell at the club before hanging up his gloves. He is now completing his coaching badges.

Yes, he was sent off in the 2006 Champions League final but it would be unfair to remember Lehmann for that. Instead, cherish his impact and influence on the club.

If you look back through the annals of Arsenal Football Club, you’ll see that Frank Moss is fondly remembered by supporters of that area.

Moss was known for his bravery, rushing out to confront attackers when through on goal. In many ways, he was one of the original sweeper keepers.

Bizarrely, Moss is perhaps best known for scoring the first goal in Arsenal’s 2-0 victory over Everton in 1933 – a result that meant the Gunners won the English title.

Having suffered a dislocated shoulder, Moss was taken out of goal but stayed on the pitch as a left winger. Incredibly, he bagged the only goal of his career to fire Arsenal to glory.