888sport ambassador Barry Geraghty on the weekend's racing at Cheltenham and Navan. 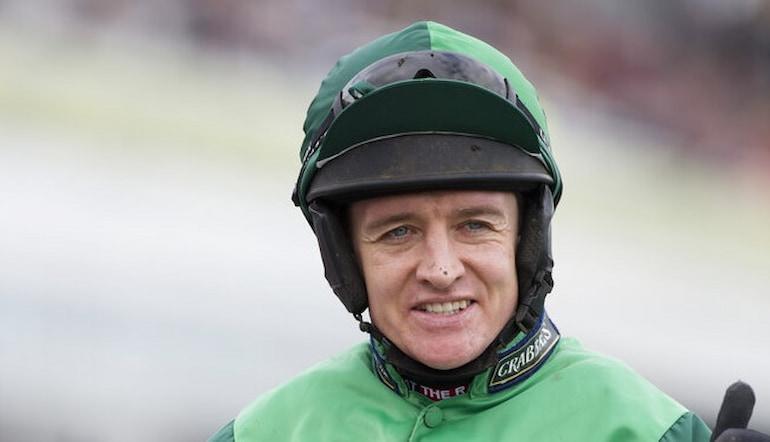 It could be that man Nicholls again in the three-mile handicap hurdle (2:55) with SHEARER. He was very good the last day beating Twig with the third 27 lengths behind. Twig came out and won by 14 lengths in Kempton last time – you don’t get much better form than that!

I’ll side with Tony Martin’s UNANSWERED in the intermediate handicap hurdle (3:30). He won a handicap hurdle in Punchestown in May and has been running well on the Flat during the summer. He had the perfect prep for this in the Curragh a few weeks ago and we all know how dangerous his trainer is in these types of races.

Finally, LUCCIA is hard to look past in the Listed mares’ bumper (4:05) for Nicky [Henderson]. She has been excellent on both starts, particularly on Imperial Cup day at Sandown. Nicky is so good with these bumper horses and you’d expect her to have improved over the summer.

I rode Fil Dor Thursday at Gordon’s [Elliott] and he felt really well – they were very happy with him, but it’s going to be tough giving 9lbs to BRAZIL in the Fishery Lane Hurdle (12:55). Brazil also has the benefit of a run so Fil Dor will need a big performance giving that weight away on his first run back.

The Poplar Square Chase (2:05) looks a match between GENTLEMAN DE MEE and Coeur Sublime. The latter put in a really good effort behind Blue Lord in Punchestown back in April, and he gets 9lbs here, but Gentleman De Mee was so impressive in Aintree that he has to be the one.

The Greatwood Hurdle (2:55) is one of the most valuable handicap hurdles of the season and it’s always very competitive. Emmet Mullins and Paul Byrne won this race two years ago with The Shunter and their Thousand Tears looks like going off favourite. This is only his second start for Emmet, and he could be well-handicapped, but I will be looking elsewhere for a bit of value.

Dads Lad won that race in Galway and he got the job done well here over fences last month. He must have a chance, but the one I like is I LIKE TO MOVE IT. He had good early season form last year and has good form at Cheltenham, while his second in the Betfair Hurdle was a great effort. This will have been the plan for a while and Nigel Twiston-Davies loves to target these races.

The other big race is the Shloer Chase (1:45) which looks a match between Edwardstone and NUBE NEGRA. There shouldn’t be much between them, but Nube Negra loves it at Cheltenham and will love the ground. He goes well fresh, as he showed when bolting up in this race last year, and I think conditions will favour him more than Edwardstone.

The opening novices’ chase (1:10) is another competitive race, but I like the look of MISTER COFFEY for Nicky [Henderson] and Nico [De Boinville]. He was a bit unlucky last season but he ran well in a lot of races, including a close second in the Kim Muir at the Festival. He has lots of experience and good course experience, so he should go close.

DOES HE KNOW can defy top weight in the staying handicap chase (2:20). He had some good early season form last year, winning in Chepstow and Cheltenham before then taking the Reynoldstown in February. He didn’t get any further than the first fence in Kelso last month, but he’s normally a good jumper and I think he’s still open to progression.

There is quite a lot of guesswork needed in the Supreme Novices’ Trial (3:30). The form of Springwell Bay’s Carlisle win got let down a little bit, so I’ll go with IBERICO LORD for Nicky and JP [McManus]. He won on debut in France and could be a nice type to look forward to this season.

John McConnell does very well with his runners in England and I can see NOTNOWNED, who was very impressive in Bellewstown in August, going close in the bumper (4:00).

The Lismullen Hurdle (1:55) looks like a brilliant race. Flooring Porter fell in it last year and looked like a horse who had taken a blow. He may just need this first run back. BOB OLINGER reverts to hurdles and I still think he’s a serious horse. Going up in trip is a big help and he still has the potential to be something special. I’m very sweet on him.

The Fortria Chase (2:30) looks between FERNY HOLLOW and Riviere D’Etel for me. Ferny Hollow has obviously had his problems, but he’s been very impressive and is unbeaten in three starts over hurdles and fences. He beat Riviere D’Etel in Leopardstown over Christmas and I think he can do it again.

About the Author
By
Barry Geraghty

With 43 winners at the Cheltenham Festival, Barry Geraghty is the second most successful jockey in the meeting’s illustrious history.

Barry has partnered with 888sport for the 2021/22 jumps season, providing his expert insight and horse racing analysis on the biggest races of the week.