Baseball For Dummies - How To Play Baseball

888sport's simple guide to baseball - including how to play, field positions and famous MLB players 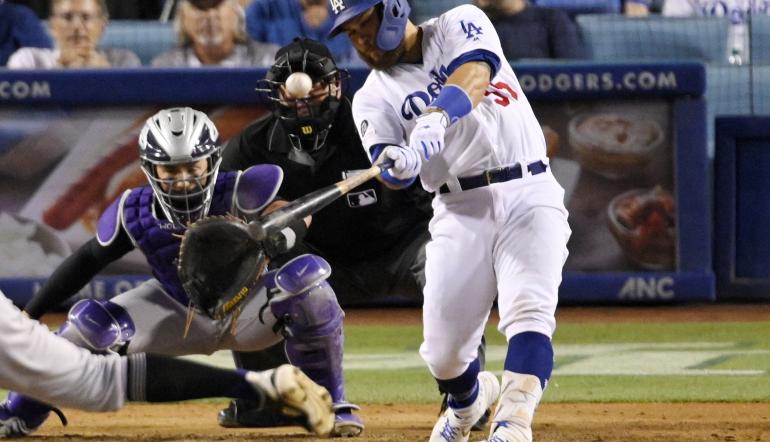 Originating back to the 18th century in England, and evolving into its modern version in the United States in the 19th century, baseball is a game with a rich history.

Mainly associated with the US, the peak of the sport is considered to be the World Series, which is the final stage of the Major League Baseball playoffs.

Incredibly popular in Japan, South Korea and Central America too, the World Baseball Classic is a tournament that sees the best national teams in the world compete.

Trying to get into baseball and understand how it works can be daunting. We’ve made a short guide to explain some of the basics.

How Does Baseball Work?

The aim of the game is to score more runs than your opponent over the nine innings. Each inning is made up of three outs, giving teams 27 outs in a game.

A ‘half inning’ is one team’s opportunity to bat with an ‘inning’ including three outs for each team. Extra innings will be played if the scores are tied after nine innings.

Scoring a run is done by getting back to home plate after reaching base. Reaching first base can be done in numerous ways – the most common means of doing so are hits and walks.

Getting all the way round in one go is called a home run – this is usually done by hitting the ball over the fence without a bounce. If the ball bounces and then clears the fence, the hitter is awarded a double.

Each team’s batting order has nine players. Depending on the league rules, sometimes a ‘designated hitter’ will be used. A designated hitter (DH) will be a player that does not field, and replaces the pitcher in the batting line-up.

This is a subject of controversy among baseball fans. In MLB, the National League does not use a DH, while the American League does. When there are interleague games, the rules of the home team are used.

Catchers are responsible not just for receiving the ball, but they also call the game. Using hand signals, catchers communicate with pitchers about what pitch to throw next and ‘set a target’ with where they place their glove.

Fielders all wear gloves. Different gloves are used depending on position, with first basemen having the largest gloves on the field and second basemen the smallest.

First basemen’s gloves are particularly large to give them extra range when looking to scoop throws and record an out.

How Are Outs Recorded In Baseball?

Hitters can be out in a lot of different ways (much like cricket), but the majority of outs are either strikeouts, flyouts or groundouts. Even the best hitters will only reach base around 45% of the time.

Batsmen have three strikes and are given a strike if they swing and miss or do not swing at a pitch inside the strikezone.

Hitters can foul the ball off (meaning they hit it and it doesn’t go into fair territory) and are given a strike for doing so, but this cannot be their third strike. If a hitter takes four balls (pitches that are outside the zone and not swung at), they can walk to first base.

Groundouts are when a forceout takes place, usually when the ball is hit to an infielder on the bounce and the ball is thrown to the first baseman before the hitter reaches the base.

It is relatively common that a double-play will be turned when a runner is on first base with less than two outs, meaning there are force outs at second and first base.

Flyouts are simple – these happen when a hitter hits the ball in the air and it is caught by a fielder. If caught by an infielder, they are sometimes referred to as popouts.

Slightly less common than the aforementioned methods, hitters can also be tagged out. This is required on the base paths if it is not a forceout situation, and will usually be seen when a hitter tries to steal a base.

The most recognised name in American sport – and commonly seen baseball cap in the UK – is the New York Yankees. The 27-time World Series champions are one of the favourites to win the Fall Classic in 2019, led by superstar slugger Aaron Judge.

The Yankees’ rivalry with the Boston Red Sox is one of America’s great sporting clashes. The two teams faced off in London in the summer of 2019, playing the first ever regular season Major League Baseball game in the UK.

Two other well-known franchises, the St Louis Cardinals and Chicago Cubs, will follow in the Yankees and Red Sox’s footsteps for a two-game series at the London Stadium in 2020.

Chicago have been a feature in baseball betting over the last few seasons. Their 2020 London opponents have their own perennial All-Stars in former Diamondbacks first baseman Paul Goldschmidt and cannon-armed catcher Yadier Molina.

For a sport that has been played for well over a century, baseball has a lengthy catalogue of iconic players down the years.

As in all sports, the argument over the greatest ever baseball player is lively, with current Los Angeles Angels centre fielder Mike Trout playing his way into that conversation.

Trout is well on the road to the Baseball Hall of Fame, which is located in Cooperstown. The wonderful museum includes some names familiar with sports fans such as Babe Ruth, Ty Cobb and Ted Williams.

Baseball
Major League Baseball
About the Author
By
Sam Cox