Our sports betting expert picks his top five Major League Baseball dynasties - do you agree with his selections? 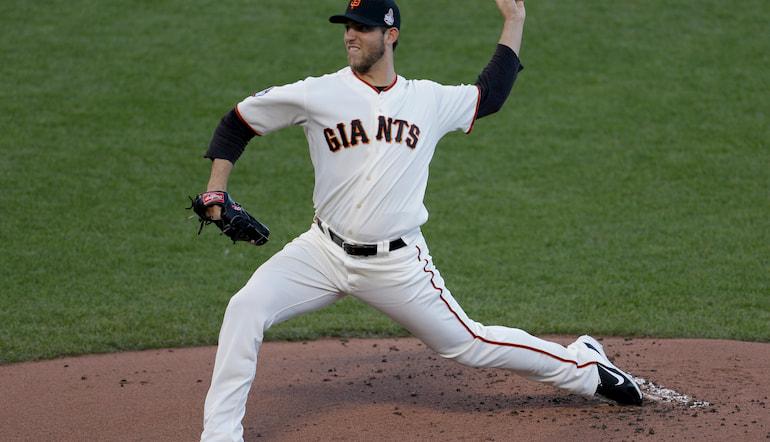 Building a dynasty in MLB is harder than NBA or NFL. The natural variables in the sport, the element of fortune in postseason baseball, makes it difficult to win a string of titles, even if you’ve got a superior roster throughout the regular year.

Winning postseason games is small sample size stuff, there are different challenges, both mentally and physically. And, of course, there’s more than a dollop of fortune involved - particularly when travelling to some of MLB's biggest stadiums.

Some of these all-time great MLB dynasties existed when the perils of the postseason were much less, when being the best team in your league propelled you straight to the World Series.

Others had to navigate round after round, seeing off red-hot opponents and maintaining momentum. We have picked five of the greatest MLB dynasties, featuring a couple of entries from the Yankees and two Bay Area juggernauts…

Never a baseball betting favourite, the San Francisco Giants were underdogs for much of their early 2010s dynasty. Bruce Bochy navigated his team to three titles in five years, carried by even-year magic.

The Giants were an odd dynasty. They missed the playoffs in 2011 and 2013, and they averaged just over 91 wins in their title years.

Division winners in ’10 and ’12, San Francisco needed a wildcard win in 2014, which they got on the back of a complete game shutout from Madison Bumgarner.

Bumgarner was a post-season hero throughout, pitching brilliantly as a rookie in 2010, repeating it in 2012 and putting the team on his back in 2014. His five-inning Game 7 outing against the Royals was the stuff of legend.

Much of this was about the bullpen. Bochy, a future Hall of Fame manager, guided his team through each playoff run, managing his relief group supremely. They had a bullpen ERA below 2.50 in those three postseasons.

Those three titles elevated the Giants to fifth all-time in World Series wins, two ahead of their rival Dodgers.

The Yankees, like the Giants, had it harder than teams from decades past.

They had to win more games to get to the promised land, and that makes it all the more remarkable that the Yanks won four World Series in five years. Their 1998-2000 threepeat was the first since Oakland’s in 1974.

These Yankees teams had great depth beyond the star names of Roger Clemens, Derek Jeter, Jorge Posada and Mariano Rivera.

It was a combination of hefty ownership spending and superb player development that built an unstoppable force in the Big Apple.

A deep rotation, the greatest relief pitcher ever and a stacked line-up made the Yankees as close to unbeatable as any team has been in recent playoff history.

Where other dynastic teams are often built on aces and, in the modern era, lockdown bullpens, the Cincinnati Reds were all about the offence. They had a line-up as good as any in Major League history.

The Big Red Machine had four players who combined for six MVPs during the 1970s.

They won six division titles, took home four National League pennants and twice won it all, beating the Red Sox in seven games in 1975 and sweeping the Yankees a year later.

Johnny Bench, Joe Morgan, Pete Rose and George Foster shared the aforementioned MVPs, but they were not alone.

Tony Perez averaged 27 homers per season from 1969 through to 1976, Ken Griffey Sr. was a multiple-time All-Star, Davey Concepcion and Cesar Geronimo were Gold Glove winners.

The Reds made it back to the playoffs in 2020. They have a bright future, but they’ll never have a team quite like the Big Red Machine again.

Although the franchise is better known for its underdog status and the film Moneyball these days, the Oakland Athletics were loaded with big names and stars in the 1970s.

They were a team of entertainers, a trend that extended all the way to owner Charles O. Finley. Oakland won their division five years in a row in the early 70s, but it was the middle three years that were the triumphant ones.

Reggie Jackson, who became known as Mr October, won his first World Series MVP in the win over the Mets. Catfish Hunter won 20 or more games in four straight years over this run.

Hall of Famer and moustache icon Rollie Fingers was as dominant as they come out of the bullpen, notching eight saves and a 1.55 ERA over their three titles runs.

They had power, speed, elite pitching and more than their fair share of personality. Oakland has only won the Fall Classic once since those great 70s teams, but what a time it was to be an A’s fan.

Picking a second Yankees team for this article was an impossible challenge. Such was their dominance from the 1940s through the 1960s, any year range could be selected and have a solid argument made for it.

That rivalry has remained through to the modern day, even with the Dodgers located on the other side of the country.

These teams were led by the star power of a late-career Joe DiMaggio and a young Yogi Berra, with Micky Mantle exploding onto the scene towards the end of the run – Mantle went on to win seven World Series.

Johnny Mize, Phil Rizzuto, Billy Martin and Bobby Brown all starred, too, as the Yanks made history. It’s a run that has never been repeated, and likely never will be.