The 10 Tallest Players in NBA History 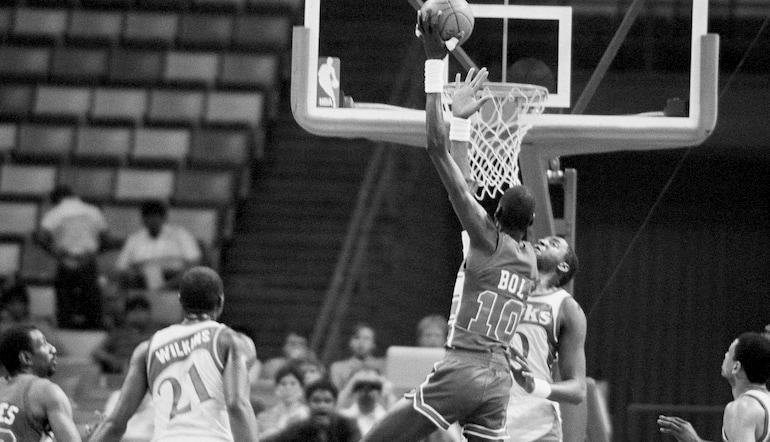 The tallest players in NBA history stand head and shoulders above even their basketball peers. Towering over seven-footers, these men can lurk around the basket as a shot-blocking threat and often dunk without leaving their feet.

The presence of one of the tallest players in NBA history can influence NBA betting. They have their weaknesses, of course, but they have the size to make it difficult for opponents at both ends.

There are familiar names here for those that bet on basketball, and some less well-known who struggled to establish themselves in this list.

Taken in the second round of the 1993 draft by the Washington Bullets, Gheorge Muresan had a more than solid NBA career, but could have been so much more if not for injuries.

His best season came in 1995-96, when he averaged over 14 points per contest, and he landed the Most Improved Player award as a result. That was the first of consecutive seasons in which he led the league in field goal percentage.

Muresan wore 77 in reference to his height – he also featured in the tallest line-up in basketball history during a 2007 game for the Maryland Nighthawks when he shared the court with 7’9 Sun Mingming.

Manute Bol , like Muresan, was drafted by the Washington Bullets. Bol was selected early in the second round of the 1985 draft and quickly established himself as an historically great shot blocker.

He led the league in blocks in 1986 and 1989, and played for four franchises through his NBA career. From the Bullets he joined the Warriors, Sixers and Heat, before returning to the Bullets, Sixers and Warriors in order.

His playing career was coming to an end by that point, and he aided the development of Muresan and Shawn Bradley in Washington and Philadelphia.

Bol weighed just 91kg. His skinny frame made him a limited offensive player, but the exceptionally long limbs helped him become an elite defensive force. He’s the only player in league history with more blocks than points scored.

The least experienced NBA player on this list, Slavko Vranes made a solitary appearance in the NBA for the Portland Trail Blazers. Vranes featured for three minutes, missing one field goal, and picking up a foul.

Although he was listed as 7’5 when he played in the NBA, Vranes’ height has since been increased to 7’6.

He has enjoyed success back in Europe since leaving America, winning the Serbian League on three occasions and lifting the Eurocup in 2011.

A divisive prospect when heading for the draft, the Sixers took Shawn Bradley second overall, one pick behind Chris Webber and ahead of Penny Hardaway. It was a gamble on a slender, 7’6 centre.

The Sixers brought in Moses Malone as a mentor and tried to develop Bradley into an all-round big man. It had mixed success – Bradley was always a threat to block shots, but his effectiveness on the offensive end was unreliable.

A trade to the New Jersey Nets followed in 1995 before joining the Mavericks in 1997. While there were flashes of the player the Sixers hoped he could be, Bradley was consistently inconsistent.

Taken by the Houston Rockets first overall in the 2002 draft, Yao Ming was a readymade NBA star.

His start to basketball life in America was slow, but he soon established himself despite widespread scepticism from high-profile media personalities including Charles Barkley and Bill Simmons.

As with so many big men, injuries limited what Yao could be. Those issues forced him into an early retirement in 2011 after a decorated NBA career featuring eight All-Star game appearances and five All-NBA selections.

The role Yao played in growing the NBA’s presence in China cannot be overstated. He was rightly inducted to the Hall of Fame in 2016 and he’s one of the most iconic players of the 21st century.

With the distinguished honour of being the tallest player to win an NBA championship, Chuck Nevitt played for five franchises through his career, which started in 1982 with the Houston Rockets and finished with the San Antonio Spurs in 1993.

He won the 1985 title with the Los Angeles Lakers, but Nevitt’s minutes were always very limited. Across nine different NBA seasons, he averaged a mere 5.3 minutes per game, taking him to a total of 826.

Pavel Podkolzin played in Russia and Italy before declaring for the NBA draft.

Taken by the Utah Jazz, the Dallas Mavericks swung a trade for the 7’5 centre, who had unsurprisingly attracted attention for his size and his ability to protect the rim.

His Summer League appearances showed some promise, but Podkolzin made just six appearances for Dallas across two seasons before he was waived.

He has since returned to Russia and most recently played for Universitet Yugra Surgut in 2019.

The first ever NBA player of Indian descent, Sim Bhullar made just three appearances in the NBA for the Sacramento Kings back in 2015, scoring two points along the way.

Bhullar has since played in Taiwan for the Dacin Tigers and Taipei Fubon Braves.

He’s currently on the Yulon Luxgen Dinos. It was a very brief stint in the NBA for Bhullar, and his debut lasted less than 16 seconds, but it was enough to secure his place on this list.

The only player on this list featuring in current 888betting, Tacko Fall has become a cult hero for the Boston Celtics.

He is yet to really make his mark in the NBA, though he appeared in the 2020 playoffs to guard an inbound pass from Kyle Lowry (Lowry threw a gem past Fall which resulted in an OG Anunoby buzzer beater).

A one-time All-Star, Mark Eaton was never an offensive force, but he became known as an all-time great defensive centre.

Eaton, who played for the Utah Jazz from 1982-1994, twice won Defensive Player of the Year and led the league in blocks on four occasions.

His 456 blocks in a season is an NBA record, and his average of 3.5 blocks per game is the highest mark ever.