Why EuroLeague Basketball Has Never Kept Up With The NBA 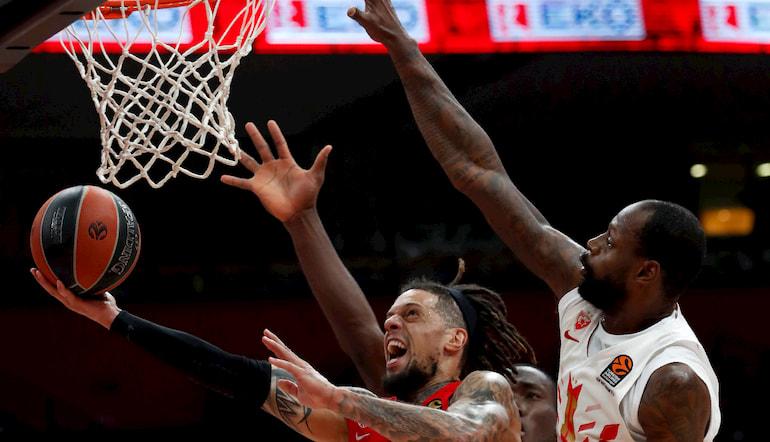 European basketball has produced some of the game’s top players, with the likes of Dirk Nowitzki, Tony Parker and the Gasol brothers all successfully converting to the NBA and taking it by storm.

Even now, the production line from the continent continues, with the emergence of future superstars Kristaps Porzingis, Giannis Antetokounmpo and recent arrival Luka Doncic – the latter of whom is 9/4 with 888sport to win NBA Rookie of the Year.

Who will be named #NBA regular season MVP?

However, the European game lags behind its North American cousin in almost every way – despite such stunning playing talent and exceptional coaching.

Here, we’ll explore why the chasm between the EuroLeague and NBA remains wider than ever.

The All-Encompassing Presence Of Football

Football absorbs everything and almost everyone around it in Europe. From Sunday league hobbyists to professional football academies syphoning athletic talent from a young age, it leaves little room for anything else.

If a child has any sporting promise at a tender age, the chances are a football scout has looked at them and their athletic path is sealed.

Football is in Europeans’ blood; it dominates back pages, front pages, social conversations and the aspirations of generations of children, who are eager to emulate the stars they see on TV.

It’s a cultural behemoth that will not be moved and encapsulated perfectly by legendary Liverpool manager Bill Shankly: "Some people believe football is a matter of life and death. I am very disappointed with that attitude. I can assure you it is much, much more important than that."

Football consumes resources – financial, emotional energy and physical talent – with little left for the same kind of investment in basketball.

So, instead of growing up with a ball at their feet like most Europeans, North Americans grow up with a ball in their hands and dreams of the NBA in their heads. No sport dominates like football in Europe, allowing for far greater investment in basketball in the USA.

Although famous football teams such as Real Madrid, who are 4/1 with 888sport to win EuroLeague this season, Bayern Munich and Fenerbahçe also possess basketball sides, investment comes nowhere near the levels of football, nor interest.

North America: The Birthplace Of Basketball

Born of two Scottish immigrants in Canada, James Naismith, the creator of basketball, established North America as the home of the sport from the very beginning.

From its primitive beginnings at Springfield college in 1891, to the global phenomenon it is now, Europe has been playing catch-up ever since.

Meanwhile, the EuroLeague (originally called the FIBA European Champions Cup) was established in 1958. That’s 67 years after Dr Naismith had introduced the game to his students.

EuroLeague basketball may be some way apart from the quality of the NBA, but it’s the closest thing the rest of the world has to challenging the USA’s superiority.

Like almost everything in sport, it comes down to money. The fact is the money just isn’t there for anyone else to compete with the NBA on the court in terms of attracting talent and off it. North America demands elite basketball as one of its major sports; Europe does not.

Talent Migration To The NBA

Coaching in EuroLeague is at an elite level, with managers constantly innovating with plays and styles, focusing on quick, slick ball-movement to run opponents ragged, resulting in easy buckets. Many of these plays end up in the NBA, but so too do the standout players.

There is a magnetism that draws the continent’s best out west and over the Atlantic. If you are the best player in EuroLeague basketball – a true star – you will never be as famous or rich as the best footballers.

Compare that to the NBA, and the sort of fame and fortune a player can achieve is beyond anything that can be offered in Europe.

A parallel can be drawn in the other direction, too. A footballer in America dreams of playing in Europe, a place where the demand for quality play is immense and a fortune can be made playing for the best teams.

Talent retention in European basketball is a problem, but with the sort of money available across the pond, the continent is unlikely to stem the flow.

That being said, there are exceptions to the rule, including the likes of Nikos Galis, Theodoros Papaloukas and Sergio Llull – the latter of whom has repeatedly turned down huge NBA offers to remain at Real Madrid.

For a nation so virulently capitalist, American sports boast a socialist backbone that perpetually creates competition and, therefore, interest.

The draft, in layman’s terms, rewards those sides at the bottom of the table with some of the highest picks in the upcoming draft – a chance for those teams struggling to snare a future superstar and therefore their place at the top of the competitive food chain.

Will the Golden State Warriors make it four titles in five years? ?

Bag a generational talent and your once struggling side, could transform into title contenders.

Meanwhile, in EuroLeague basketball, if you’re bad, you’re bad. The dream of your NBA side rocketing up the rankings and challenging for a title is a very real possibility and keeps fans hooked.

While, for example, over in Europe, the chance of Montenegrin minnow Budućnost VOLI challenging Real Madrid is very low indeed.

Throughout the decades, these two organisations have pitted sides against each other, the first of which saw defending NBA champions Washington Bullets and Maccabi "Elite" Tel Aviv clash in 1978, with the Israelis coming out on top.

However, since then, the NBA sides have dominated the fixtures, featuring numerous blowouts and vivid displays of quality gap between the two leagues – despite the North American sides frequently treating it as a preseason friendly.

Out of the last eight meetings, the European outfit has won three, perhaps an indication of the two leagues drawing closer in quality? Or, more likely, NBA sides simply failing to take the meeting as seriously as they should.

Reasons To Be Cheerful

It isn’t all doom and gloom for EuroLeague basketball. Yes, the NBA is miles ahead in terms of revenue and talent – but that doesn’t mean basketball on the continent is on its last legs; far from it.

EuroLeague is going from strength to strength and has a bright future, now being seen across 213 countries worldwide, watched by up to 245 million people in China weekly and broadcast on NBA TV in America and Canada.

European arenas are packed with hardcore fans, with anyone who has attended a EuroLeague game knowing the atmosphere created is equal or better to that of any around the world in any sport.

Thanks to increased exposure and money flowing into the league, hopes of retaining talent in Europe has increased and teams are now able to offer multi-million dollar contracts.

For example, Alexey Shved of BC Khimki reportedly earns over $4m a year for the Moscow side, who are 10/1 with 888sport to finish inside the EuroLeague’s top three this term.

In recent years, there has also been a trend for some potential college players to skip a year of non-paid labour at university in favour of playing professionally overseas.

China, Australia and now Europe are all destinations where youngsters can get a taste of grown-up, professional-level competition, while getting paid a year earlier than some of their college classmates.

If this trend continues, TV money will continue to flow into Europe. This should, in turn, allow it to retain more talent, and the considerable gap between the NBA and EuroLeague may shrink. However, at present, it remains large and almost unmoving.

Basketball
NBA
EuroLeague
About the Author
By
888sport