Who Are The Top 10 Best Online Fanbases In the Premier League?

Supporters are fickle at the best of times but some clubs are better than others. Here, we look at 10 of the best online fanbases in English football 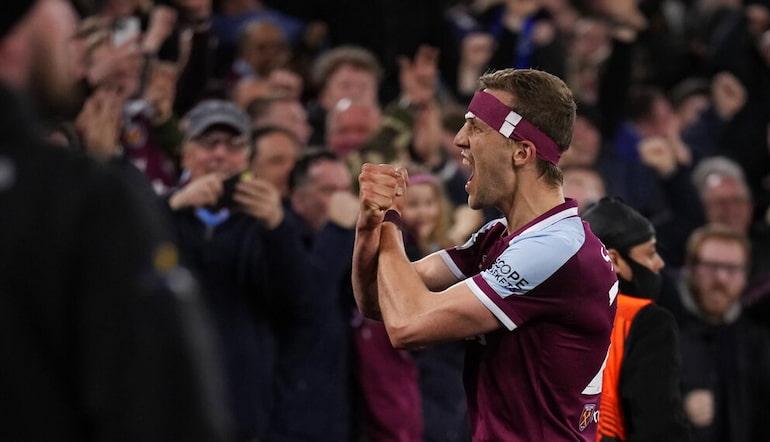 The life of a football supporter can be tough but some are better at handling ups and downs than others - here, @SteTudor123 looks at the best online fanbases in the Premier League...

So much of football fandom is played out across social media these days, often creating a toxic environment where tribalism is rife.

Merely debating the price-tag of a new player to a rival club can instantaneously turn into an argument of biblical proportions.

A dodgy refereeing decision, meanwhile, can result in a nuclear meltdown that lasts for days. Frankly, we are all guilty of being a little too prickly on occasions.

Thankfully, there are always exceptions to the rule though in the interests of full disclosure we should make clear that even the ten fanbases listed below are not exclusively reasonable, nor amiable.

In fact, a more accurate aim here is not to determine which club has the best online fans in the Premier League. It’s who has the least bad.

There isn’t a great deal to say about Cherries fans beyond that in the main they’re a decent bunch.

Their general good form can partly be explained away by a troubled past with memories still stark of the club’s slide into administration in 2008, a financial mess that almost saw them cease to be.

Being called rubbish by @Saints35225 on Twitter doesn’t really cut deep compared to that.

Widely regarded as one of the most congenial fanbases ‘in real life’, this translates to the interweb and if you’ve ever fallen out with a Fulham fan, and you’re not a Chelsea supporter - the Blues being their nearest and archest rivals – then consider this: It was probably you in the wrong.

The Craven Cottage faithful vigorously hold their club to account but elsewhere possess a healthy security in who they are, recognizing and accepting their team’s limitations when pitted against the big guns.

This is the second recently promoted club to have its fanbase lauded. Perhaps experiencing relegation grounds expectation?

🤷‍♂️ 𝗦𝗮𝗺: “You must be happy with how things are run at Fulham?”

⬇️ 𝗦𝗶𝗺𝗼𝗻: “Without Al-Fayed, Fulham would be in League Two!”

The only top six side to make the cut, it’s telling that City’s elite status is still a relatively new thing. Indeed, give it a few more years and social media Blues may be demoted to our worst-of list instead.

For the time being however, the old guard hold sway, shushing the younger contingent who have only known success, thereby coming across as entitled.

Usually called ‘Frank’ or ‘Colin’ these seasoned vets have gone through the very rough and the very smooth, leaving them with a surprisingly balanced outlook given their remarkable transformation post-takeover. The latest Premier League odds inevitably has City down as strong favourites to retain their title this year.

Just don’t mention the media and you’ll be ‘reet’ when interacting with them. And steer clear obviously from calling Pep Guardiola a ‘chequebook manager’.

Had this list been compiled a year ago, the Toon Army might very well have inhabited the top three. They’re fun and funny. Self-deprecating too.

And so obsessed are they with all things black and white they have little time for forging online beefs, unless you count Sunderland fans and, bluntly speaking, that’s no longer a fair fight.

Yet, a year from now this likeable bunch may be nowhere to be seen on this good eggs top ten and that’s because of the takeover of their club in 2021 by a Saudi-led consortium.

The controversial nature of the takeover inevitably put Newcastle supporters on the defensive and while there is no judgement in them backing their club’s reputation, it has resulted in a fun and funny lot becoming a touch touchy of late.

The last of the three promoted clubs in 2021/22, what sets Forest apart is their extended exile from the top-flight, with the Tricky Trees returning after a 22-year absence.

Subsequently, a trawl of Forest fans’ timelines reveals nothing but excitement at what awaits them, plus the obligatory sharing of transfer rumours, largely discussed in a measured manner.

Whether this cordial tone is maintained after Arsenal score a last-minute winner courtesy of a highly dubious decision that Gooners-at-large insist was correct, remains to be seen, but what Forest have in their credit is that so many of their high-profile accounts are run by agreeable folk who are well worth a follow.

There are three unwavering truths concerning Brighton, the first being that the Seagulls are eternally damned to sign interesting attacking talent who are incapable of consistently finding the net.

Should you bet on football you will have discovered this the hard way, no doubt backing Graham Potter’s side to win at some point only to see them strike the woodwork several times and fall short.

The second is that the Amex is one of the best awaydays in the Premier League. Book Monday off work and make a weekend of it.

Lastly, you will be unfortunate indeed to encounter a Brighton fan you don’t like. That their popularity extends to the fierce environs of Facebook and Twitter is commendable indeed.

Imagine the nerve of an away fan in the Seventies or Eighties, visiting a Leeds hostelry and discussing the merits – or otherwise – of the Yorkshire giant. The response would have been forthright, to put it mildly.

Yet ironically, it is the no-nonsense ways of this fan-base that makes them oddly liked online. They have no time for silly banter.

They hold no stock with childish jibes or one-upmanship concerning net spend. They just want to talk about football, like actual adults.

Their recent charitable send-off of Kalvin Phillips, with all their well wishes, was also great to see.

Woe betides anyone daft enough to criticize Wilfried Zaha within distance of a Palace fan online. They also tend to react sharply to any transfer link involving their star winger.

These minor transgressions aside, Palace have one of the most approachable and fundamentally fair fanbases going, a claim they appear to be aware of and rightly take pride in, largely because it differentiates them from their London rivals.

Passionate and loud at Selhurst Park on matchdays, but friendly and pragmatic Monday to Friday. They’re an example for all. 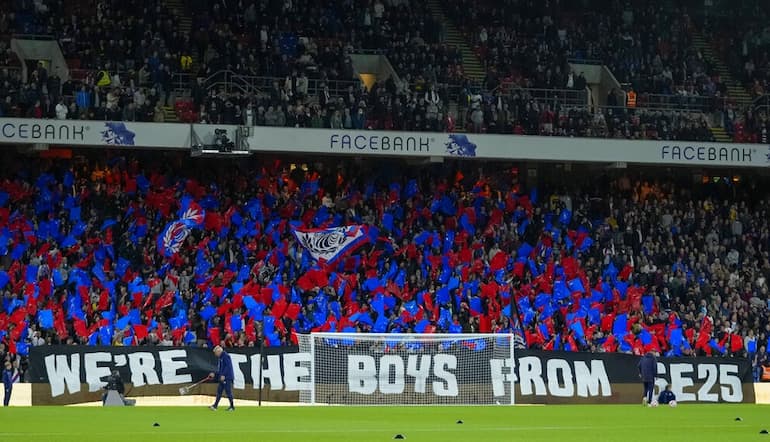 It’s somewhat inevitable that Evertonians spend a chunk of their time on social media winding up Liverpool fans as one of the biggest rivalries in British football transfers online.

That aside however, it can be said that the Toffees fanbase are predominantly a self-contained lot, infinitely more involved in their own club’s interests than the misfortunes of others.

Knowledgeable about the game and never short of a wry put-down on how their club is run, there is a down-to-earth streak that is endearing, which makes it a genuine shame they have so much to complain about at present.

These are supporters who deserve a break.

A typical Hammer has little interest in highlighting your club’s wasteful summer spending, focusing instead on praising the numbers you brought to Upton Park in 1986.

That’s because, in a similar vein to Leeds, there is an old-school authenticity that is prevalent within the Hammers’ fanbase, one that is refreshing and entirely at odds with the kneejerk hysteria we see so much of across the internet.

Conversing with one of them is a welcome reminder of how football conversations used to be, and could be again.