The 10 Greatest EVER British Boxers: Who Is The Best?

888sport look at the best British boxers of all-time but do any of the current fighters make the list? 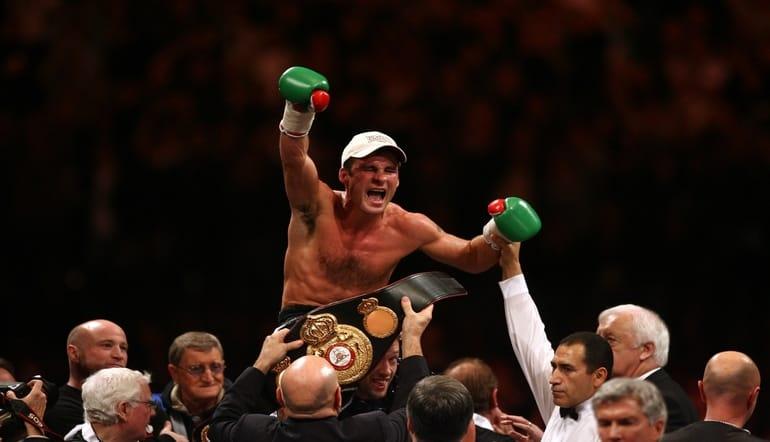 Boxing has been one of the United Kingdom’s most popular sports for well over a century so picking just 10 fighting superstars is very difficult indeed.

There are a few high-profile figures to miss out on this list, including the likes of Chris Eubank, Amir Khan and Anthony Joshua.

The answer is subjective of course but there is no standout fighter who ranks as Britain’s top boxing superstar.

Without further ado, it is time to take a look at some of the boxers who always seem to come up in the ‘greatest’ conversation.

Known as the ‘Pride of Wales’, Calzaghe was a joy to watch in his heyday.

The Welshman defended his WBO super-middleweight world championship title for over 10 years, making 21 successful defences during the period before moving up a weight class.

Calzaghe’s southpaw stance gave him a unique edge in what was a competitive division and is deserving of a spot on this list.

With 46 wins from 46 professional bouts, Calzaghe will go down in history as one of Britain’s best undefeated fighters.

To most, Buchanan is Scotland’s greatest ever fighter.

Having won his first 23 professional fights, Buchanan won the British Lightweight title but he was destined for bigger things – a first world title shot was on the cards.

Buchanan travelled to Puerto Rico but that didn’t stop him – the Scot was awarded the win after 15 gruelling rounds.

The ‘Fighting Carpenter’ finished his career with 61 wins and just eight defeats and he was accepted into the International Boxing Hall Of Fame in 2000.

Without a doubt, Lewis is Britain’s greatest heavyweight boxer.

A supreme athlete during his peak years, Lewis matured into a dominant figure in the sport and he was an inspiration for many of the youngsters breaking through today.

A three-time world champion, Lewis also won the British, European and Commonwealth titles in what was a glittering career.

Lewis ended his career with a 41-2-1 record but he avenged the two defeats and the draw, ensuring that he won against all of his professional opponents.

Ricky ‘The Hitman’ Hatton wasn’t the most skilful fighter around but he had plenty of power and a big heart.

Hatton’s determination to succeed drove him all the way to the top of the welterweight division, winning 45 of his 48 professional bouts.

With two of those losses coming against Manny Pacquiao and Floyd Mayweather Jr, Hatton can hold his head high.

Hatton gave many British boxing fans an incredible journey and he is now one of the nation’s biggest trainers – a true icon for the sport.

McGuigan took out British citizenship to represent Northern Ireland at the Olympics and Commonwealth Games. Starting out as an amateur, even McGuigan himself wouldn’t have dreamed of embarking on such an impressive professional career.

Known as the ‘Clones Cyclone’, McGuigan pulled off one of the biggest shocks of his era when defeating Eusebio Pedroza for the Lineal and WBA Featherweight titles in 1985.

He decided to retire at just 28 years old with a 32-3 record and is now a very successful boxing promoter.

Fury’s victory over Wladimir Klitschko is enough to put him on this list.

Nobody expected the Manchester fighter to emerge victorious in Dusseldorf back in 2015 – well, nobody except Fury himself. It wasn’t the most exciting performance but it was a real masterclass.

Since then, Fury has had to deal with his demons before making a miraculous comeback to the ring.

Boxing fans can make their own mind up on the ‘draw’ with Deontay Wilder but Fury will attempt to settle the score when the two men collide in 2020.

An entertaining figure in and out of the ring, Conteh was one of boxing’s first controversial figures.

At 19 years old, Conteh won a gold medal at the Commonwealth Games and made the decision to turn professional shortly after – it was the start of a bright future.

Conteh won the WBC Light Heavyweight Championship in 1974 and held the crown for four years before he was stripped of the title.

He hung up his gloves with a 34-4-1 record and many believe that he could’ve enjoyed more success with a stable lifestyle.

Known as the ‘Ragamuffin Man’, Honeyghan holds claim to what is arguably the biggest upset in British boxing history. A huge underdog, Honeyghan travelled to Atlantic City to face American Donald Curry, with Curry arrogantly dismissing Honeyghan ahead of the bout.

Honeyghan defended his belt successfully on a number of occasions before his first defeat.

However, he became only the second British boxer to regain a world title after winning the rematch – you’d be hard pressed to find a fighter with better metnal strength and resilience.

Weighing in at just 96 lbs, Wilde will go down in history for being one of the lightest men in the history of professional boxing.

He was the first Welsh professional champion while also winning the inaugural World Flyweight Championship title.

In 12 glorious years, Wilde fought an incredible 136 times – winning 132 of those bouts.

He knocked out 99 of his opponents and two of his three defeats came in his final couple of fights. Wilde isn’t a household name in modern boxing but that doesn’t mean he shouldn’t make this list.

It was a tossup between Froch and Chris Eubank but ‘The Cobra’ gets in.

BoxRec rank Froch as Britain’s second greatest super-middleweight fighter of all-time behind Calzaghe and it would be fair to state that Froch was one of the hardest men in boxing in his heyday.

He did manage to avenge that loss to the latter though and many believe Froch, a three-time world champion in his own right, will live long in the memory for boxing fans.

Boxing
British Boxing
About the Author
By
Alex McMahon