The 5 Best Rematches In Boxing History

888sport look at boxing’s greatest rematches – will Anthony Joshua’s “Clash on the Dunes” against Andy Ruiz Jr feature on this list in the future? 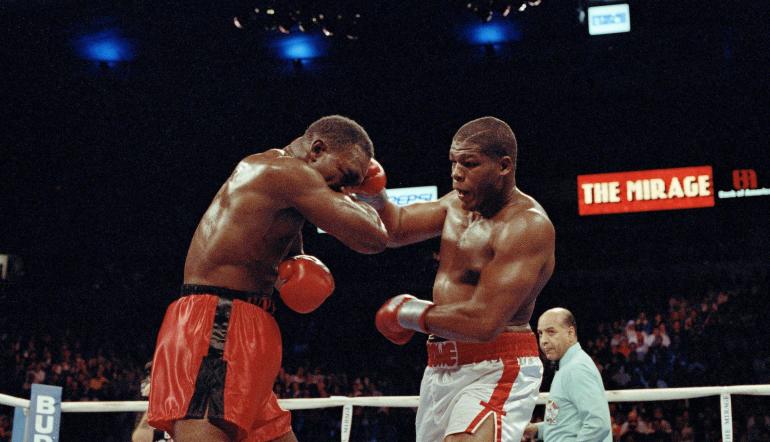 Boxing is all about rivalry. Whether it is a domestic flyweight bout or a heavyweight contest for a world title, boxing isn’t just about physicality – the mental side of the sport is just as important.

Ahead of Anthony Joshua’s rematch with Andy Ruiz Jr, the British fighter has spoken about preparing for a fight in the right way. On December 7th, he has the chance to settle the score and reclaim his heavyweight titles.

That bout has the chance to go down as one of boxing’s greatest rematches but which fights are the first to spring to mind? We take a look at a boxing line-up of the most memorable rematches in the sport.

Graziano and Zale dominated the post-World War II period, with three brutal fights between two of the best middleweight fighters in the business. Zale bounced back after a slow start to claim victory in the first bout after a bruising affair.

Reports claimed that Zale had to be partially held up in the ring to salute the crowd – it took that much out of both fighters. However, Graziano upped his game for the second bout and ‘The Rock’ stopped Zala in the sixth round.

Esteemed boxing publication The Ring rated Graziano’s rematch with Zale as the second-best fight of all time back in 1996. Even now, this fight is still in the ‘greatest ever boxing match’ conversation – though most admit that Ali vs Frazier III is the one to beat.

Arguably the best fighter to step into the ring, Robinson had lost his world middleweight title to Basilo – who was a two-time welterweight champion in his own right. However, a rematch was immediately agreed for March 1958 and thank goodness it was.

At 37 years old, Robinson was the underdog entering the rematch. He adopted different tactics for the second bout, hammering away at Basilo with uppercuts on the inside but leaving himself open for his opponent’s heavy body attack.

Basilo was under intense pressure by round six but the defending champion hung in there and slowed Robinson down. The tide was beginning to turn but Robinson was awarded the decision – though it would be over 18 months until Sugar Ray’s next fight.

The ‘Thrilla in Manila’ is not only one of the most famous heavyweight fights of all-time but it is arguably the greatest boxing match of all-time. With the great Muhammad Ali on show and the iconic Joe Frazier, there was always going to be fireworks.

Ali and Frazier dominated the heavyweight boxing scene throughout the 1970s and this fight created hype all over the world. With the series level at 1-1 entering the third bout, it was a case of ‘winner takes all’ for both fighters.

After a real war of attrition in the ring, it would be Ali who emerged victorious after Frazier’s trainer threw in the towel ahead of the final round. This bout showed heavyweight boxing in all of its glory and it is still the undisputed greatest fight of all-time to this day.

The 1990s was a phenomenal era for heavyweight boxing. While it can’t quite topple the 1970s in terms of drama and excitement, the 90s had Holyfield vs Bowe and that will go down as one of boxing’s greatest ever rivalries.

Bowe went into the rematch having secured a clear decision on the judges scorecards but most rounds were relatively close. Holyfield fancied his chances of reversing the form but his celebrations were somewhat delayed after one of boxing’s strangest moments.

Now known as the ‘Fan Man’ incident, the fight was delayed after a man parachuted into the ring during the seventh round. There was a 21-minute wait until the fight could resume but Holyfield held his nerve to settle the score with a majority decision of his own.

There were no world titles up for grabs in any of the three fights between these two men but that didn’t matter – the Ward vs Gatti series was as exciting as any other. The first bout was sensational, with a breath-taking ninth round living long in the memory.

The second fight was just as entertaining; Gatti came out on top by unanimous decision but it was far from straightforward. With both fighters showcasing their talent across the first two fights, the logical move was to have a third and final bout.

That third bout would turn out to be Ward’s final fight. It was another thrilling 10-round battle, with the Irishman knocking Gatti down midway through the bout but ‘Thunder’ held on for another unanimous decision win in an absolute thriller.