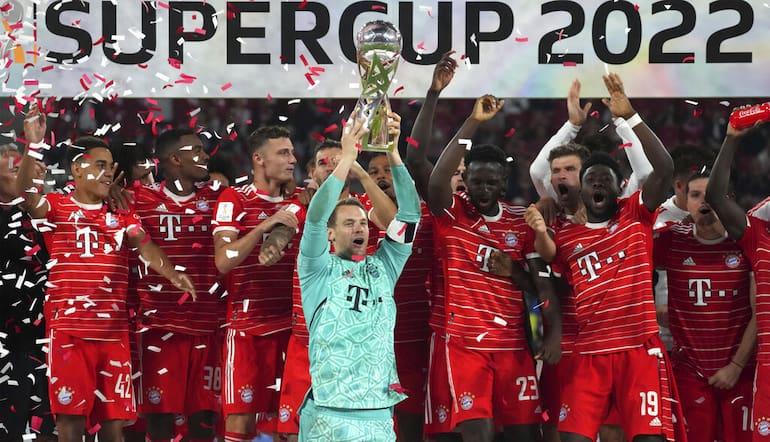 The first opportunity to place some Bundesliga bets this weekend sees Borussia Monchengladbach host Borussia Dortmund on Friday night. Four points and three places separate the sides in the top half of the table, and recent results have been suboptimal for both.

Gladbach have lost three of four in the Bundesliga. Dortmund have lost four of five on the road, including a 2-0 defeat to Wolfsburg last time out. Both teams have been hit hard by injuries, and each defence has leaked goals of late.

The over is usually a safe bet in these encounters – we are taking over 2.5 and both teams to score at 4/7.

RB Leipzig are odds on betting favourites at 4/5 for their clash with Werder Bremen this weekend. The home side are no pushover, though, with 21 points on the board so far this season despite losing three of their last five.

A change of manager worked wonders for Leipzig, who are unbeaten in their last seven and have the best record in the Bundesliga since the start of last month.

Leipzig have comfortably the second-best expected goal difference per 90, while Werder Bremen are a relegation candidate by that metric. Back the visitors on the -1 handicap at 41/20.

Both of these teams are on 27 points, four behind Bayern Munich after they each dropped points in midweek. Freiburg lost to Leipzig, which is hardly an embarrassing result, while Union Berlin’s scorching start has unsurprisingly proven to be unsustainable with just one win in their last four.

Union have been no better than a mid-table side by their underlying metrics. Freiburg, though, are a Champions League team on the quality of shots generated and conceded this season.

As a result, it is curious the hosts are only 19/20 to win here. There’s value backing the Breisgau-Brasilianer.

It would be foolish to look past BAYERN MUNICH in the Bundesliga title race this season. Despite a change in management, Bayern are the dominant force in German football and another Bundesliga success looks likely.

In fact, you'd go as far as to state that anything other than a Bayern title triumph would go down as the shock of the campaign. While the likes of RB Leipzig, Borussia Dortmund and VfL Wolfsburg are decent outfits, the Bavarians are a class above.

The Bundesliga top scorer award was almost ROBERT LEWANDOWSKI's to lose in years gone by but the Poland international joined Barcelona earlier this summer.

With goal-scoring rival Erling Haaland also leaving Germany's top flight for pastures new, there is an opportunity for someone else to step up and take the coveted Bundesliga top scorer award.

The Bundesliga goal scorer odds are likely to be tougher to predict this season but an exciting 2022/23 campaign awaits. Bet on German football today with 888sport and best of luck with your predictions!

The 59th edition of the Bundesliga promises to be as captivating as ever and kicks off on August 13th, running right through to mid-May 2022. 1x2 betting tips this week can be found here throughout the season...

Bayern Munich start as strong football betting favourites and how can they not when they last finished outside of the top two all the way back in 2007.

In Robert Lewandowski, the Bavarian giants possess a striker who breaks goal-scoring records for fun and last season, he became the first player to score 40+ goals in the German top-flight since Gerd Muller in 1972.

At the back, a defence that played a big part in Bayern losing just four games in 2020/21 has been further strengthened by the arrival of Dayot Upamecano from their closest rivals RB Leipzig but of most interest is the change in the technical area, with Julian Nagelsmann also making the switch from last term’s runners-up.

Might the highly-rated young coach need time to implement his ideas at the Allianz Arena? Given Bayern’s formidable squad that may represent the best hope for the chasing pack.

Yet still, the nine-time consecutive champions face more robust competition this time out than last. 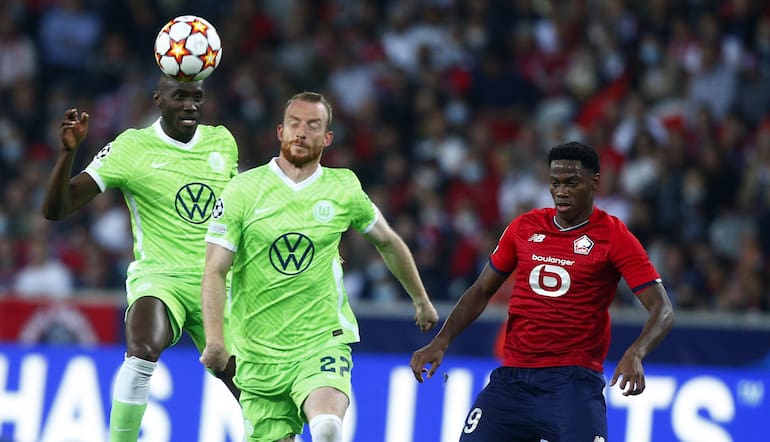 Borussia Dortmund will be looking to improve on last season’s problematic campaign that needed a late run of victories to secure third.

New coach Marco Rose inherits an immensely talented group and he will surely demand the attacking, dynamic football he is known for. Key to this aim will be retaining the services of Erling Haaland, the only forward who can come close to matching Lewandowski.

If the over-riding narrative of the 2021/22 Bundesliga season is that the league’s three leading clubs all have new men at the helm the league also has an unfamiliar look elsewhere.

Greuther Furth and Vfl Bochum are promoted, the latter as champions, and they replace Bundesliga stalwarts Schalke and Werder Bremen who together have been fixtures of the top-flight since 1990. It will be strange without them.

All told, 18 teams compete across 34 rounds of fixtures with a normal winter break planned after a one-off shortened hiatus last year due to Covid.

It will be fun, fiercely cutthroat and hopefully unpredictable too, and along every step of the journey stay with 888sport for the best weekly betting updates and advice from our German football experts.

How To Watch Bundesliga

The 2021/22 Bundesliga campaign begins with a Friday evening clash between Borussia Monchengladbach and champions Bayern on August 13th.

The rest of the opening weekend of fixtures are to be played across the Saturday and Sunday with the biggest and best games shown live on BT Sport.

Throughout the season, BT Sport customers can watch matches via the BT Sport app on a range of devices or via their official website.

When trying to nail down an outright winner for the forthcoming season it is difficult to look past the mighty Bayern, especially as they have strengthened over the summer at the expense of their direct rivals.

The luring of Nagelsmann to Bavaria is a significant coup and should the much-vaunted coach quickly settle on a preferred starting eleven and formation we can expect a smooth transition from Hansi Flick’s brief but very successful period in charge.

This is likely as Nagelsmann is not known for his heavy rotation or any change for the mere sake of it.

A swift readjustment is important because first up is an away trip to Monchengladbach, who have realistic ambitions to replicate their fourth-place finish two years ago and then in early September they travel to Leipzig who are intent on depriving Die Roten of a tenth straight title.

Dortmund will also feature prominently at or near the top while Bayer Leverkusen are dark horses to secure Champions League qualification.

Few leagues have historically been so dominated by a single entity as the Bundesliga. If you follow 1x2 betting predictions for this week, you'll know Bayern are clear of their rivals.

In just shy of 60 years of existence in its current format the German top division has been claimed 30 times by Bayern and what is striking is that the monopoly is only escalating.

Prior to an astonishing nine-year winning streak they are looking to build on this term, Bayern managed to string together three consecutive titles across three different eras (the 1970s, 80s, and turn of this century).

Yet each time the Bavarians were reined in by rivals such as Hamburger SV, Kaiserslautern, and Dortmund. Can any side reach the consistently towering levels needed to topple them again? That remains to be seen.

Whether it’s determining the outright winners and losers of 2021/22 in the Bundesliga or betting on a match-by-match basis, why shell out for paid tipster services when 888sport – your home of betting – offers you the most invaluable and informed tips around, all courtesy of our German football experts.

Here at 888sport we are passionate about European football and will regularly detail for you the best betting odds available, from Wolfsburg wins to Leverkusen losses.

How To Bet On Bundesliga

Betting on the Bundesliga with 888sport couldn’t be easier.

Simply join up, remembering to take full advantage of some fantastic welcoming offers, then head to the football section of our site. From there, click on ‘competitions’ and scroll down to ‘Germany’.

Here, an array of ever-evolving bets are available, covering every fixture and ranging from match results to predicting how few/many goals will be scored. 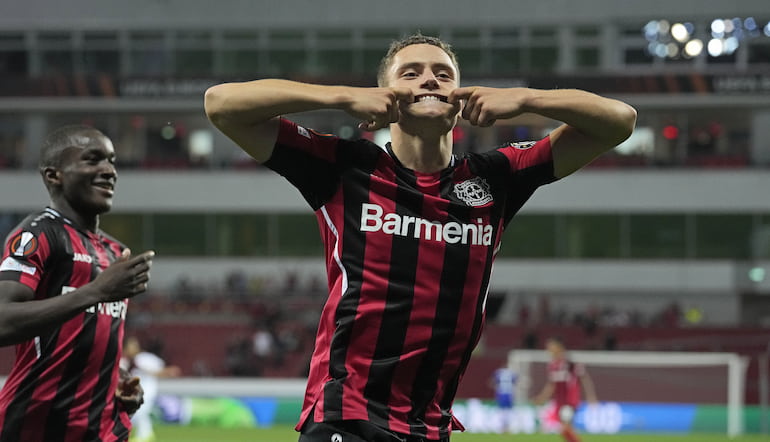 There is also the ‘outright’ market to explore, that presently has Bayern cast as firm favourites to make it ten titles in a row with Borussia Dortmund and RB Leipzig priced generously to better them across the 34 rounds.

Identifying the likely candidates to finish top four meanwhile offers up a wide-open field this year. Wolfsburg, Eintracht Frankfurt, and Hertha BSC are all reasonable shouts at great value.

Each weekend it is right here on this very page where you will find all the information you need to make the right – and profitable – choices when betting on the Bundesliga.

From league form to tactical data and the Bundesliga top scorers to the latest injury news and 1x2 betting tip predictions for this week, we’ve got you covered.

Bundesliga Tips
About the Author
By
Sam Cox