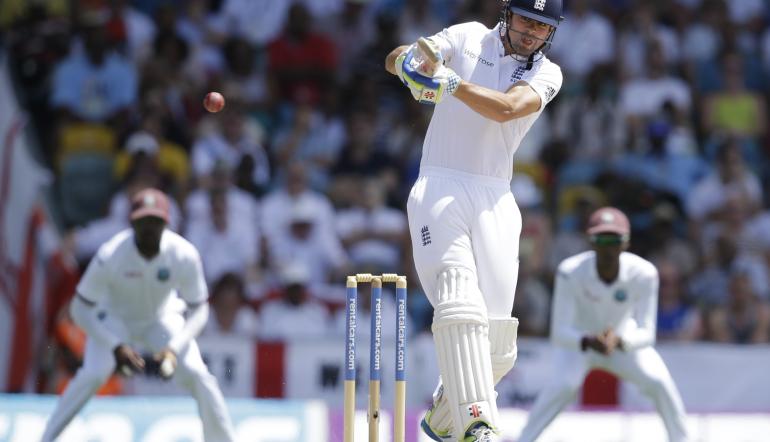 Selecting a combined XI is never easy. There are always too many players to consider, all-time greats that end up being left out as you try to balance a realistic version of a team with getting all the best players into the side.

Ahead of England’s tour of New Zealand, we’ve decided to compile a combined Test XI for the two nations.

To make the task a little easier, this combined Test XI is made up for the best England and New Zealand cricketers from this century, meaning there’s no impossible comparison between Len Hutton and Alastair Cook required.

Speaking of the Essex left-hander, he gets the team underway…

England’s record run scorer was a lock for this team. Cook averaged over 45 opening the batting, excelling around the world. His 2010/11 Ashes tour was one of the great series by a batsman, rivalling the exploits of Donald Bradman.

Cook isn’t the most elegant or entertaining in this line-up, but he’d get them off to a solid start more often than not.

Alastair Cook’s career could have been very different if Marcus Trescothick wasn’t forced into premature international retirement. Trescothick himself would have been considered one of England’s greatest openers.

The recently retired Somerset icon is one of the most likeable people in cricket. His average of 43.79 in Tests reflects the class act he was at the top of the order, too.

A destructive force at his best, a Cook and Tresco opening partnership would have been the best in the world.

Kane Williamson is a class act on and off the field. Williamson’s compact technique and ice-cool manner at the crease makes him one of the best batsmen in the world – he averages over 52 in the longest format of the game.

An ability to adapt to the game situation and score at different tempos has seen Williamson develop into an all-format force.

He’s got the technique to cope with the moving ball, and can play spin well, making him the ideal number three ahead of a fiery middle order.

Check out the latest cricket betting to find odds on Williamson to be the top run scorer in the upcoming series.

Joe Root wins the number four spot in this side ahead of Ross Taylor and Ian Bell. There were some positives for England at the back end of the Ashes, and the return to form of their skipper was one of them.

As elegant as any batsman for either side since the turn of the century, Root accumulates runs smoothly when on top of his game.

It’s almost become a cliché for commentators to be surprised when he’s scored 30 off 50 balls.

Although he batted at four for much of his Test career, Kevin Pietersen slots in at five here, which happens to be the position he batted in that sensational 158 at the Oval in 2005.

There was no question about Pietersen’s place in this side. He turned Test matches in a way that few batsmen are capable of, his shot-making often leaving bowlers clueless.

In this team, though, Pietersen is just the start of a trio of destructive middle order batsmen.

England’s hero in the 2019 Cricket World Cup Final, Ben Stokes is a complete cricketer. His batting is a long way ahead of Andrew Flintoff’s, which earned him the number six spot in this line-up.

Stokes’ ability to reverse swing the ball would be handy in this team, but he won’t need to bowl too many overs with the three frontline bowlers taking plenty of wickets.

The prospect of Stokes batting with Kevin Pietersen will see bowlers fainting at their mark.

For all the admiration of Brendon McCullum as a white-ball player, his Test record wasn’t half bad either.

The wicketkeeper-batsman average 38.64 in the longest format, often turning innings on their head with aggressive counter-attacks.

McCullum is the only player in this team with a triple-hundred to his name.

The lone spinner spot was a close-run thing between Daniel Vettori and Graeme Swann, but the longevity of Vettori – who played 113 Tests – just pips the outspoken English off-spinner.

His control and variation of flight made him a tricky bowler to face despite not being a massive turner of the ball.

Vettori was a more than handy batsman too – he could be a nuisance hanging around with Pietersen, Stokes or McCullum in this team.

He might have to settle for first-change in this team, but Stuart Broad was a sure thing alongside James Anderson and Trent Boult.

Broad’s match-winning spells have provided some thrilling Test cricket throughout his career.

Sometimes underappreciated, and often criticised, Broad’s record speaks for itself. He’s one of England’s greatest bowlers.

The Burnley Lara might just be the greatest new ball bowler ever.

Anderson has faced criticism for his performances outside of England, but his numbers overseas have improved as he’s aged and developed a box of tricks to keep control and pick up wickets.

Anderson has more wickets than any fast bowler in history and will have his sights set on third place in the all-time list once he returns from injury.

Giving a left-arm angle to complement Broad, Anderson and Stokes, Trent Boult is currently the sixth-best bowler in the world in the ICC rankings and could climb further once this series is finished.

Boult’s natural inswing to right-handers has troubled many an opening batsman, his wrist position gives him great control and movement even in unfavourable conditions.

Boult’s new-ball partnership with Tim Southee is heading into Broad and Anderson territory.