How Can The ICC Help The State Of Test Cricket?

Our sports writer looks at the state of Test cricket in England - how can the ICC help to improve the sport in this country? 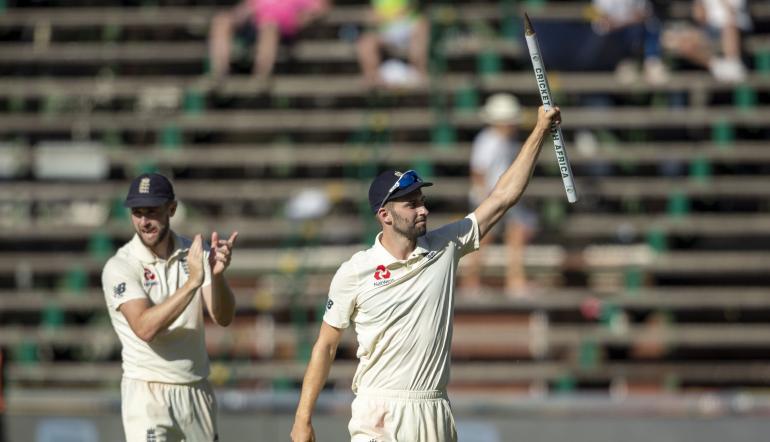 The health of Test cricket is an omnipresent worry. Immediate highlight packages, social media reaction and the lure of sports with quicker, brasher entertainment, raise questions about the place of the eldest format of cricket.

As the NBA share viral videos of earth-shaking dunks and white-ball tournaments show the latest ingenious switch or scoop, the marketability of a 120-ball 45 not out in a Test match is limited.

Barring knocks like Ben Stokes’ 135 not out at Headingley, it is a format going against the trajectory of modern society.

That’s not to say it is dying. Test cricket has always been unique, matches reliant on tactics rather than fireworks, important contributions not always evident on the scorecard.

Packed Ashes crowds, and constant sell outs in England, don’t paint an accurate picture of the health of Test cricket.

In general, empty rows are more common than packed stands. England’s Test series in South Africa showed this as well as any – the crowds were mediocre and dominated by England supporters.

The price of tickets puts some off. Plenty won’t be able to, or will not want to, take a day off work to go to a Test match. Given the choice between a day at the Test and an ODI or T20, fans are preferring the white-ball experience.

Altering Test cricket to chase crowds doesn’t make sense. Even significant changes will not make it more than a casual Sunday afternoon stroll compared to the 100-metre sprint of other sports.

Test cricket is a grind, it’s slow-paced, it’s a thinking game. Twisting the essence of the format serves no purpose (not to mention, it would alienate many of the current fans). The format is niche, and that should be embraced by the ICC.

Crowds are massive in England and Australia – the Boxing Day Test between Australia and New Zealand had a record-breaking attendance. Elsewhere the picture is less pretty.

There’s been a vicious cycle. The money isn’t in Test cricket. Players and authorities have focused on white-ball matches, and the standard has dropped off as a result.

One-sided Test matches do not attract crowds – if anything, they turn people away from the sport. There are far too many Tests with no intrigue.

The Indian Premier League is a model that other nations have tried to copy and paste. The Big Bash had early success, but even their attendances are dwindling. These leagues have been a cash machine for Test cricket.

While that approach has merit, they are failing; South Africa’s attempt could not get support, Bangladesh experienced problems aplenty, players went on strike in Canada, Pakistan’s version has disgruntled team owners.

South Africans are turning down Test cricket for the financial security of Kolpak deals. Others are developing their game for big IPL contracts. Being a Test player isn’t a lucrative career path.

The ICC have a responsibility to share the money in the game more equally. A balance is there to be had between revenue generation from white-ball, six-hitting frenzies, and keeping the best players in the world motivated to play the longest format.

Teams outside the big three need greater monetary support. Crowds are not going to turn up for Test matches in the West Indies and South Africa when their teams are losing their best players and cannot compete.

The ICC introduced the Test Championship to add relevance to every match. The concept has the right aim, but the application is a mess.

What could have been a boost has quickly become a sideshow, thanks to a scoring system so disorientating that only a handful have the energy to care.

Some teams play more Tests than others. Making the scoring fair required something to accommodate that fact, but the way it has worked out with an Ashes Test match being worth less in the Test Championship than most other matches is peculiar.

The idea to give context to Tests and remove them from the vacuum they have been played in, is rooted in sensible thinking.

With the duration of the Championship, though, it risks being a formality, with the richest teams once again flourishing. How does that help interest fans of Sri Lanka, West Indies and Bangladesh?

Expanding the knockout stage to a last four would open the tournament up. At least one non-big-three nation would make the last four, and anything could happen in a knockout.

Or, of course, that could be changed to a four-team round-robin with the top teams getting to choose whether to bat or bowl first rather than having a coin toss.

There’s a lot of work to be done before the Test Championship is more than a gimmick. Maybe that will change as we get closer to the final.

The goal for Test cricket should be to retain the best players and maintain its status as the pinnacle of the sport.

Selling out day after day isn’t a realistic aim outside of Australia and England – that’s okay. Tests will always be comparatively niche but holding onto that status isn’t a foregone conclusion.

The longest format needs to remain at the forefront of thinking for young cricket fans. Test series need to keep at least a passing interest from the new generation of cricket fans to avoid being entirely bankrolled by white-ball revenue.

Chasing the dollars, rupees and pounds is understandably tempting. More series between Australia, England and India isn’t the answer.

For cricket, and particularly Test cricket, to flourish into the 2020s and beyond, becoming a worldwide game should be the priority.

T20s and ODIs are an important part of growing the sport, and a gateway to fandom for many. It is the diversity of cricket that makes it such a unique sport, though, the fact that the formats are so different, but ultimately the same.

The players and teams that can excel across all three will always be the greatest of all.

Test cricket isn’t dying. It’s at risk. No one – not even the big three – benefits long-term from resource inequality, which is the biggest threat to the five-day game. Addressing that is the ICC’s greatest challenge.