These former cricket stars would have put on a proper show at T20 level... 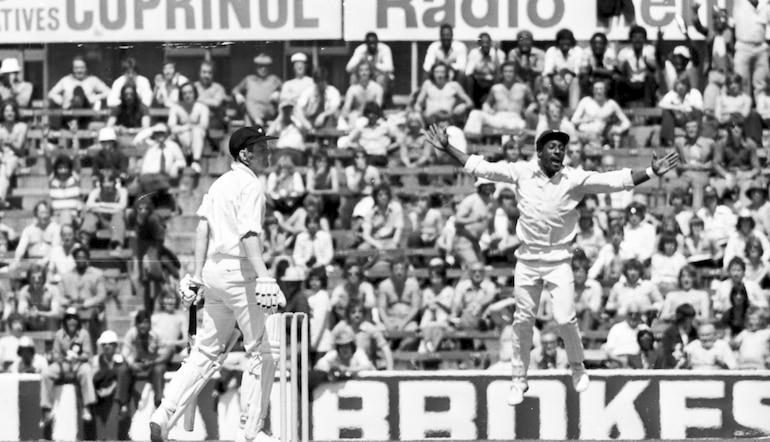 Many of the greatest cricketers of all-time never got the chance to shine in high-profile T20 cricket.

The IPL, Big Bash and Caribbean Premier League are all recent discoveries, tournaments that have made careers and lengthened the time at the top for some stars.

Looking back through the history of cricket, though, there are so many wonderful players who would have flourished in the modern world of T20.

Destructive or unstoppable in their time, they would have taken comfortably to the fast pace of 20-over cricket and likely been the best in the world at the sport’s shortest format.

So much of modern cricket betting is focused on T20 cricket. These 10 retired cricketers would have been true T20 stars…

Kapil Dev could open the batting and bowling in T20.

Bowling fast with a bit of outswing early on and swinging for the fences, the former World Cup winning captain had everything you would want in a T20 player.

For a long time, he held the record for the highest individual ODI score. If he played a few decades later, there’s no doubt he would have set a fair few T20 records, too.

Another one of the all-time great all-rounders, Imran Khan led Pakistan to an historic World Cup win in 1992.

Although in the latter days of his career at that point, it showed that even seldom bowling, he was still a valuable player.

Khan, like Kapil Dev, could win matches with bat or ball. He could accelerate an innings, he could rebuild and he could blow batsmen away with pace and swing.

The most destructive batsman the sport has ever seen. Viv Richards imposed himself on the game and on bowlers like no other player.

Richards could take deliveries from outside off and smash them through midwicket. A good ball was never safe with Richards in a Test – one can only imagine what he would have done given the freedom of a T20.

West Indies are already a very good T20 team. They would be a perennial betting online favourite with a batsman like Richards at the top of the order.

So many West Indian quicks down the years could have adapted to T20 cricket, but Curtly Ambrose might have been the most difficult to face.

Ambrose had great control, he bowled a toe-crunching yorker and that steepling bounce would unsettle batsmen.

His knack for taking wickets in clusters meant he could win matches on his own, and that would have been no different in the shortest form of the game.

Teams are always looking for variety. Wasim Akram, the best left-arm bowler in ODI history, was one of the first names on this list.

His quick arm action, his ability to nail yorkers and swing the ball, would have made him lethal in T20 cricket.

Brian Lara, Viv Richards and Ricky Ponting all named Akram as the toughest bowler they faced. Praise doesn’t come much higher.
Akram would have been useful with the willow in hand, too.

Quite simply, the greatest to play the sport. Garfield Sobers could play every shot in the book, and did so with natural power.

He was the first person ever to hit six sixes in an over in first class cricket. With an easy flair to his game, Sobers would have dispatched bowlers all over the park in T20s.

Where other all-rounders specialise as a spinner or fast bowler, Sobers could whatever was necessary. Leg-spin, finger spin or swing with the new ball, Sobers is the most skilled bowler ever.

Just for good measure, the Barbadian was also an exceptional fielder, a brilliant catcher close to the wicket and an athletic outfielder.

Until 2016, Saqlain Mushtaq was the fastest bowler in history to reach 100 ODI wickets. The man who invented the doosra would have had hard-swinging batsmen in a mess in T20 cricket.

Widely considered one of the best white-ball bowlers ever, Saqlain just missed the T20 revolution, but his influence on spin bowling in limited overs cricket is huge.

The first of a couple of openers, Gordon Greenidge was a batsman before his time. The Barbados-born right-hander dismantled bowling attacks, walking down the wicket and crushing the ball to the fence.

His pair of double centuries during the Blackwash in 1984 are two of the most brutal, irresistible innings ever played.

Put Greenidge in the IPL or Big Bash and he would lead the tournament in runs scored and strike rate.

It’s a bit of a cheat to include a player who top scored in a T20 World Cup, but Matthew Hayden’s selection is a case of what might have been.

International 20-over cricket only took off towards the back end of Hayden’s career – he played just nine T20Is for Australia.

His spells with the Chennai Super Kings and Brisbane Heat had flashes of Hayden at his destructive best, though fans never got to see peak Hayden with the freedom to swing for the fences in the powerplay.

A tormentor of opening bowlers in the five-day game, the Unit would have been among the greatest T20 openers ever.

Leg-spinners, bowlers who can bamboozle a batsman, are vital in T20 cricket. Few could make batsmen look as silly as the late great Abdul Qadir.

Qadir had every trick in the leg-spinner’s book. He could rip the stock delivery, he had a deceptive googly and would keep batsmen honest with top spinners and flippers.

One of the greatest spinners of all-time, Qadir averaged 26.16 in ODIs – he would have been even better in T20s.