Is Edouard Mendy the best Chelsea goalkeeper since Petr Cech was at Stamford Bridge? Check out this player analysis here... 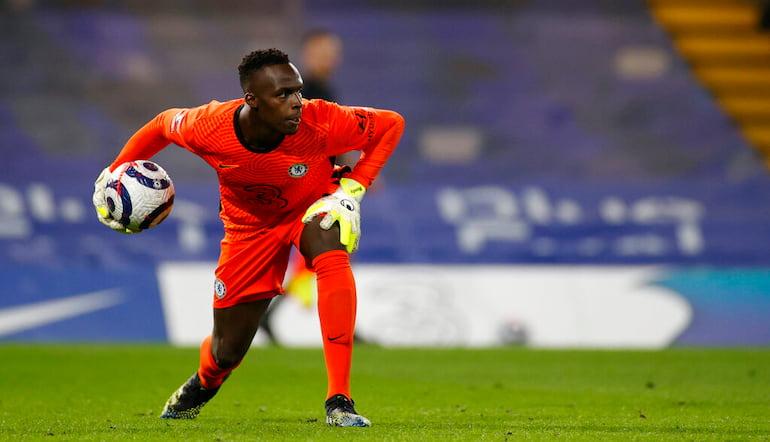 In the summer of 2020, as nearly every football club in Europe sought to tighten their purse strings and ride out the storm from the uncertain situation around the world, Chelsea took a drastically different approach.

After narrowly sealing Champions League football under Frank Lampard, the club brought in a treasure trove of attacking stars such as Hakim Ziyech, Timo Werner, and Kai Havertz, signed Ben Chilwell from Leicester City to provide an upgrade in their left back position, and brought in Thiago Silva on a free transfer after his contract at Paris Saint-Germain expired.

However, as the deadline day of the summer transfer window quickly approached, they found themselves in desperate need of a goalkeeper.

Two years after joining from Athletic Club for €80 million, a record fee for a goalkeeper, Kepa Arrizabalaga had failed to convince in London, causing the Blues to pursue Gianluigi Donnarumma, Nick Pope, Jan Oblak and various other options.

Instead, they opted to sign Édouard Mendy from Rennes, a decision that prompted reactions of “Who?” and “Why are we signing a 28-year-old from France” from Chelsea fans. Fast forward a year later, it’s fair to say the Blues fans have changed their tune.

Born in Normandy to a Senegalese mother and Bissau-Guinean father, Mendy developed at Le Havre’s youth academy before switching over to Cherbourg, where he would remain until the summer of 2014.

At 22, Mendy found himself out of football for a year and queuing up at the local job center for employment.

“For a football player or anybody else, being unemployed is like getting slapped across the face,” Mendy said in an interview with SoFoot.

“Repeated failures leave marks on you and you start thinking that maybe you are not made for it.”

Seven years have passed, and today, Mendy earns a yearly salary of £3,900,000 at Chelsea, but his recent form and stellar performances over the past year make it seem a near guarantee that he will earn a massive raise soon.

Since you've been viewing this page, Edouard Mendy has earned

After joining on a five-year contract in September 2020, Mendy became the first African goalkeeper to play in the Premier League since Carl Ikeme in 2012 and kept a clean sheet in his first three league matches.

The Senegal international played a vital role in between the sticks as Chelsea narrowly sealed top four and won their first Champions League in nine years, keeping nine clean sheets in the entire competition and equalling the record number set by Santiago Canizares in 2000/01 and Keylor Navas in 2015/16.

These performances saw the now 29-year-old named as the Goalkeeper of the Season for the 2020/21 UEFA Champions League with 286 points -- Ederson, who finished second in the voting after losing in the Final in Porto to Chelsea, received 154.

When watching Mendy, one cannot help but be blown away by his physical attributes: a height of 6’4” and a weight of 86 kg and a seemingly infinite wingspan, but those characteristics are only the tip of the iceberg.

Not only has he been a vast upgrade over Kepa in terms of quick reactions, positioning, coming out to claim crosses and punching, but he has also thrived with the ball at his feet and played a key role in Thomas Tuchel’s build-up.

The stats speak for themselves: his clean sheet percentage of 56.9%, his save percentage of 78.8% and his goals against of 0.63 per 90 all put him in the 99th percentile amongst goalkeepers over the past 365 days, per FBRef.com.

Whilst rival fans may argue the case for David De Gea, Manuel Neuer or Thibaut Courtois, there is a strong argument to be made that Mendy is the most in-form goalkeeper in Europe right now.

And with Chelsea currently topping the table with 25 points from 10 games, he has a chance to lead the Blues to their first Premier League title since 2017. 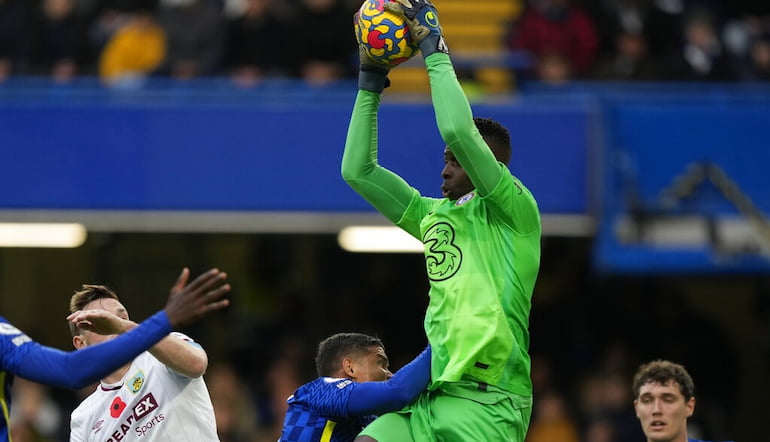 Mendy will be heading off to Cameroon in January for the month-long Africa Cup of Nations, where he’ll be looking to lead Senegal to their first ever major trophy.

The last edition of the tournament saw Mendy start Senegal’s first two matches before being injured in the warmup to their final group stage match against Kenya.

He was forced to withdraw from the squad with a broken finger, with Alfred Gomis -- the man who replaced him at Rennes after his transfer to Chelsea -- starting in goal as Senegal advanced to the Final where they would lose to Algeria in Cairo.

Chelsea will be hoping that Mendy steers clear of injuries and leads his nation to the promised land, before quickly jetting back to London for the home stretch of the campaign.

When he joined Chelsea for £22 million, Mendy was viewed as a short-term stopgap option who would make way for a bigger name such as Donnarumma and Oblak in the near future.

Instead, he has firmly established himself as one of Chelsea’s most crucial players and has allowed the Blues to assume the leadership of the table with just three goals conceded in 10 league matches and one goal conceded in four Champions League matches.

He is an inspiration for all players, a player who never gave up and never stopped pushing to achieve his goals, and who, at the ripe age of 29, is finally receiving his just rewards.