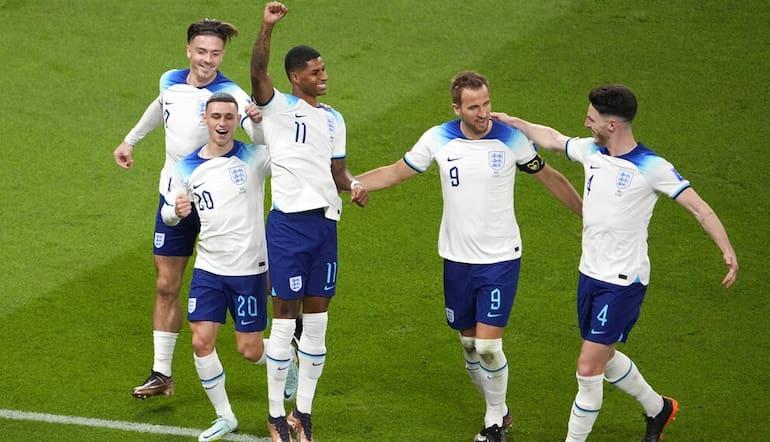 England are not one of the most successful teams in World Cup history and it’s now 56 years since the Three Lions lifted the Jules Rimet trophy in 1966.

Gareth Southgate’s side reached the semi-finals in Russia four years ago and sports betting punters will fancy England to thrive in Qatar this winter.

When England are good, they’re very good. However, consistency has been a major issue for the Three Lions over the years and that remains a real problem for the national side.

However, England got their 2022 World Cup campaign off to the perfect start with a 6-2 win over Iran. That result prompted us to explore England’s biggest victories at a World Cup. So, here we are…

England recorded their first three-goal margin of victory at the 1986 World Cup, running out convincing winners against Poland.

A certain Gary Lineker notched an incredible hat-trick as the Three Lions clinched a crucial victory to advance to the knockout stages after poor results against Morocco and Portugal.

Having recorded a 3-0 victory in the group stages, England built up on that with another three-goal success – this time over Paraguay in the last-16 stage.

It was Lineker once again who bagged a brace, sandwiching a Peter Beardsley effort to enhance his World Cup Golden Boot chances.

16 years later, England were recording another 3-0 victory. Denmark were the unfortunate opponents on that day as the ‘Golden Generation’ notched a statement success.

Rio Ferdinand, Michael Owen and Emile Heskey were the names on the scoresheet that day but a quarter-final exit beckoned after that Ronaldinho free-kick sailed past David Seaman.

After a disappointing Nations League campaign, England silenced their critics with a dominant 6-2 victory over Iran to secure the perfect start to the 2022 World Cup.

The summer of 2018 was golden for many reasons and England’s World Cup campaign will live long in the memory – as will the 6-1 defeat of Panama in the group stages.

It was England’s biggest win at a World Cup and Gareth Southgate endeared himself to the Three Lions fans. This was a breakthrough moment for the national team.

World Cup odds have England as genuine contenders for success this winter and we could see the Three Lions record another hefty victory in the coming weeks.