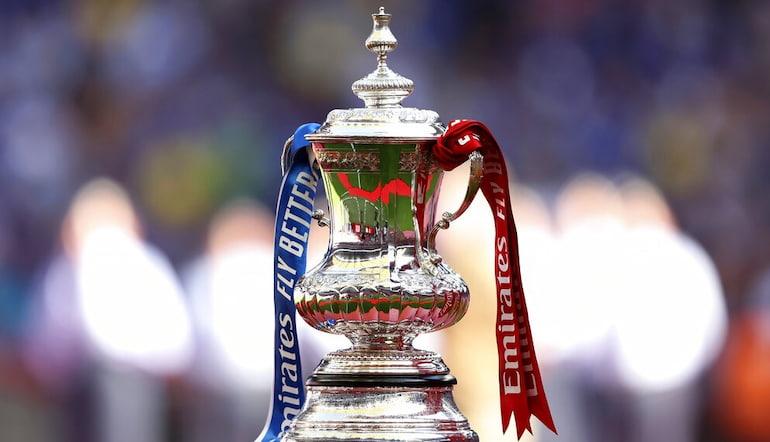 WELL the famous and fabled Road To Wembley has commenced once more in The Emirates FA Cup.

The Extra Preliminary Round kicked off over the weekend with those participating Non-League teams relishing their taste of the greatest knockout competition in the world.

Here are the stories that caught my eye…

Newport (Isle of Wight) FC believe they broke an all-time FA Cup record on Saturday for the youngest ever goalscorer. Finn Smith hit the net at the age of 16 years and one day in their 3-1 victory at Fleet Town.

Smith only signed for Newport on the eve of the game and went on as a second half substitute. He beat the previous record of 16 years and 63 days set by Mydas Smalls of Whitton United FC in September 2020.

Respected sports journalist Jon Palmer sent me an interesting stat about one of the oldest players in this season’s FA Cup:

"Kevin Slack, 42, started for Bishop’s Cleeve against Wantage Town, 18 years after first appearing in the competition for Cleeve in their first season of entry."

Slack helped his team to a 4-1 home victory on Friday night.

Phil Annets is another great man for fascinating FA Cup statistics. He came up with the leading scorer in the FA Cup so far this season: “Callum Laycock scored all five goals for Moneyfields FC in their 5-0 win over Bemerton Heath Harlequins.”

After racking up that five star display, Laycock said: “It was a good day at the office! It is always nice to score a hat-trick in any game let alone five in the FA Cup. Everything I touched went into the net.”

OLDEST CLUB ON THE MARCH

Sheffield FC are the world’s oldest club having been formed in 1857. They won 4-0 at Eccleshill United on Saturday with goals by Steven McDonnell, Nathan Modest, Adam Watson and Marc Newsham (penalty).

Loughborough are looking to emulate the achievements of Team Bath FC. In 2002, Team Bath became the first students’ side to appear in the FA Cup First Round since Oxford University in 1880.

Team Bath installed temporary stands on the grass banking at their uni ground to accommodate a bumper crowd of 5,469 as they lost 4-2 against Mansfield Town. Extensive highlights were screened on BBC1’s Match Of The Day show that evening.

Team Bath won promotions through the Western League and the Southern League in the early part of this century to play in what is now the National League South.

They also reached the FA Cup First Round again in 2007/08 and 2008/09 before pulling out of the Non-League Pyramid completely in 2009 to drop into university football.

WEMBLEY TO WEMBLEY IS OVER

It has been extremely fashionable for the national media to latch on to Wembley FC in the early rounds of the FA Cup over the years.

The idea is to follow whoever knocks them out and then report on the subsequent winning teams all the way to Wembley Stadium. Alas, Wembley’s run is over already as Sunday’s tie saw them defeated 4-1 away to Stansfeld.

STANSFELD 4-1 Wembley - It was a good day for the club again and we've had a lot of them over the last few years, says Stansfeld joint-manager Jamie Phipps:https://t.co/7YMyGn4IPA

Leighton Town 9 Baldock Town 2. Lewis Toomey and Leon Lobjoit both registered hat-tricks for the Bedfordshire team and they jointly shared the man of the match presentations afterwards.

The largest attendance I spotted was 1,128 for the scoreless draw between Hallam and Bury AFC on Sunday. Both of these clubs attract plenty of interest.

Hallam have been playing at Sandygate since 1860 so it is the world’s oldest football ground. Meanwhile, Bury AFC are well supported as the three year old phoenix team of former Football League outfit Bury FC.

The Emirates FA Cup Preliminary Round is scheduled for the weekend of Saturday 20th August.