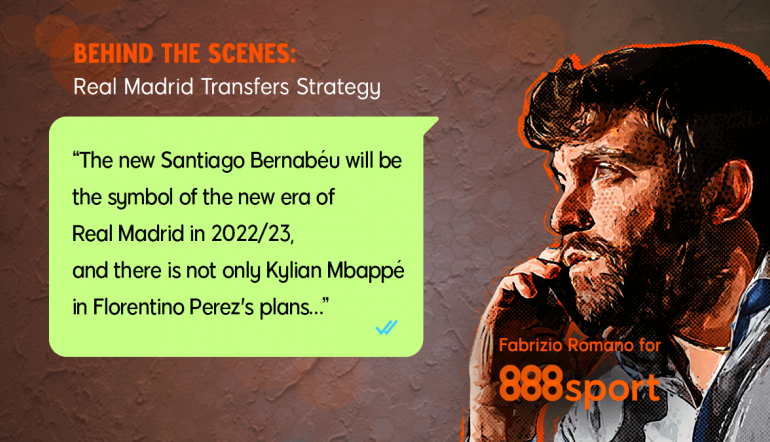 The new Estadio Santiago Bernabéu will be the symbol of the new era of Real Madrid in 2022/2023.

Because the club has been preparing its rebuilding for some time and there is not only Kylian Mbappé in Florentino Perez's plans.

Obviously, for months we have been working intensively on the deal for the French star waiting for his final decision, but Real Madrid are active on many fronts to improve their team and above all to have guarantees on the future of many important players for the club.

There is a key detail to clarify that helps to understand the strategy of Real Madrid behind the scenes: around Europe it is now easy to see many top clubs lose some of the best players in the world on a free transfer, renew star's contract has become a problem for many clubs and even the negotiations are more and more complicated than in the past. In this, Real Madrid have studied a strategy that has made it possible to be almost infallible in recent years.

The club's planning plans to extend the contracts of its most important players well in advance for the future, rewarding them with a new deal and an improved salary: this has happened with Thibaut Courtois, Casemiro, Fede Valverde, Dani Carvajal in recent years.

This helps to avoid dangerous situations for the club in the future. In addition, Real Madrid make decisions within a year of the deadline for older players, so as to wait for the best time to figure out whether or not they want to continue with some stars.

In this case, important departures are planned for next summer: Marcelo could leave the club as he's out of contract in June, but wants to discuss with Real before a final decision as he loves the club.

Meanwhile, Gareth Bale will leave Real Madrid on a free transfer, waiting for a definitive communication for Isco who is another candidate to leave the Merengues.

The decision is to start a rebuilding process in those roles after players like Marcelo have written the club's history.

The decision is different for Luka Modric. The Croatian midfielder was once again extraordinary this season, especially in the Champions League where he again showed his enormous talent. 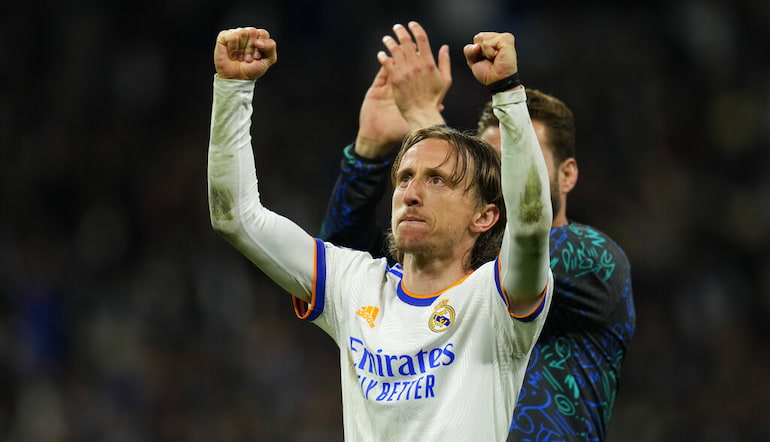 This is why Florentino Perez has personally decided to approve his contract renewal: Modric will sign a new contract with Real Madrid until 2023, there are no doubts and the agreement is set to be reached.

A matter of final details, paperworks to be prepared and then the official announcement will arrive that will allow Modric to try the experience of playing in the new Bernabéu, something unforgettable for a Real Madrid number 10.

The planning for the future, on the other hand, concerns other names: at the end of the season the club will start a direct negotiation with Vinicius Junior and his agents for the extension of the contract until 30 June 2028.

Real Madrid have already prepared the proposal, there is great optimism because everyone in the club adores Vinicius: Florentino Perez is convinced that the Brazilian could be a star of the future, while Carlo Ancelotti has an excellent relationship with the player and everyone in the dressing room values Vinicius highly.

The belief within Real Madrid is that Vinicius wants to continue and therefore will be ready to say yes to the contract extension that he will protect against possible offers from other clubs.

Paris Saint-Germain a year ago would have liked him in the negotiations for Mbappé as a possible part of the deal, but it was not even a topic for Real Madrid: Vinicius Junior is simply untouchable. 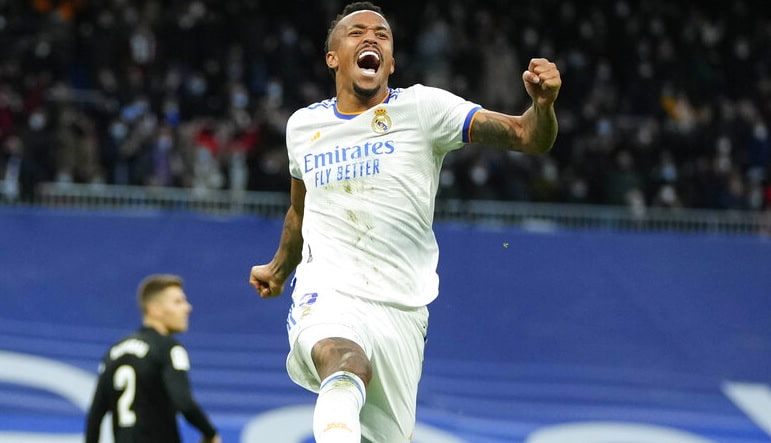 Eder Militao's contract extension is also included in the planning of Real Madrid.

The Brazilian defender has once again experienced an excellent season, his growth is evident and for this reason the club has decided to proceed with the negotiations that will lead to the new contract until 30 June 2027 also for the former Porto defender.

Militao is happy in Madrid, Real inside him adore the leadership of the Brazilian who will soon be able to extend his agreement.

There will also be a direct dialogue with Marco Asensio, out of contract in June 2023 and now assisted by the powerful agent Jorge Mendes: an extension of the contract with an improved salary will be discussed after the approaches of AC Milan and some English clubs in the months past.

In the strategy of Real Madrid obviously there is no lack of attention to opportunities and free agents: Toni Rudiger will join Real Madrid as free agent in June, the deal is done and signed until June 2026.

With Rudiger, Real Madrid plan to repeat the David Alaba deal, a year later. This is how Florentino Perez's strategy takes shape over Kylian Mbappé, between present and future for a Real Madrid that has no intention of stopping.

Football Tips
Real Madrid
About the Author
By
Fabrizio Romano