Fabrizio Romano: Romelu Lukaku's Chelsea Future Up In The Air

In his latest 'Behind the Scenes' series, Fabrizio Romano gives the inside scoop on Romelu Lukaku's situation at Chelsea - will he leave Stamford Bridge this summer? 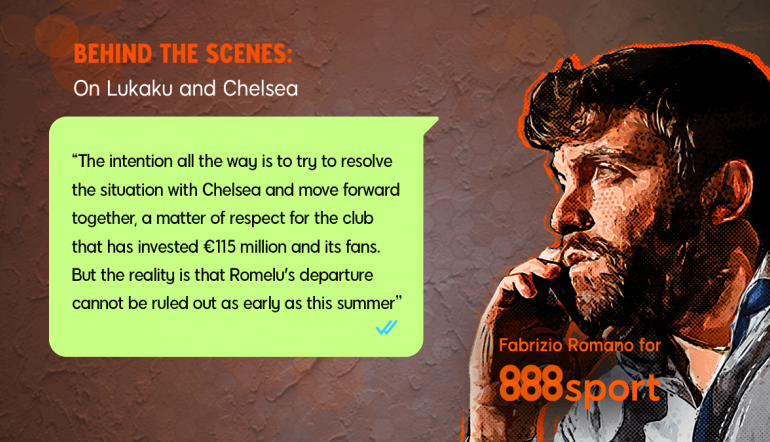 By Fabrizio Romano
May 8 2022
Football

The rumours have not stopped for a year now around the name of Romelu Lukaku.

One of the best strikers in the world with an excellent performance under Antonio Conte, an experience at extraordinary levels with Inter until the win of the title in Serie A and then the departure to re-join Chelsea last August.

A real surprise for the Inter board: everyone was convinced and sure that Romelu would remain in Milan after having stated several times to feel like the King of the city.

But when the proposal of the European champions arrived, Lukaku could not resist the temptation: a record deal for €115 million, a salary of €12 million net per season and a situation that has become complicated since the first months in London.

The injuries did not help Romelu, but the tactical and environmental aspects did the rest.

The numbers of Lukaku's season with Chelsea are not as expected: Thomas Tuchel often preferred Timo Werner or Kai Havertz to him, the performances were below expectations and from here the rumors of these weeks start again.

But it all started with the interview last December in which Romelu Lukaku opened up on his farewell to Inter: "One day I'll be back in Milan", the title of a long interview with Sky Sports in which Lukaku expressed nostalgia for the past at the Inter compared to the present in London.

Since that time, something has broken between the Belgian striker and the Chelsea fans. The atmosphere has never been the same, despite Romelu having tried in every way to rebuild the relationship with the Chelsea world.

There is an important detail to reveal: Lukaku has the respect of everyone inside the Chelsea dressing room.

Romelu is considered a great professional, he knows well that what happened in December influenced his history with the club but he did not want to give up and tries in every way to rebuild this relationship.

This is also true for Thomas Tuchel: the German manager in a difficult situation has always tried to protect Romelu in public and in private.

The reality behind the scenes clearly has different details: Lukaku would never leave Inter for any other club in the world.

This is not only valid for Chelsea but in general as his personal and sporting choice - Inter were his happy world, the relationship with the club was excellent, the fans considered him as a divinity and his teammates helped his performance in a way excellent, above all Lautaro Martinez who was doing great together with Romelu.

But what's next for Lukaku now?

The intention all the way is to try to resolve the situation with Chelsea and move forward together, a matter of respect for the club that has invested €115 million and its fans.

But the reality is that Romelu's departure cannot be ruled out as early as this summer: the club will have to restructure with new ownership, a consortium headed up by Todd Boehly - the co-owner of the LA Dodgers baseball team.

In addition, there is a board waiting for new indications for the next few months. It has been a complicated few weeks for Chelsea due to the sanctions which prevented the club from implementing its own strategies on new signings, outgoings, contracts and more.

This is why no club has yet started talks for Romelu Lukaku: there is no possibility of dialogue with Chelsea, it will take time to define the situation of the Belgian forward in the coming weeks.

Certainly, the price of €115 million invested a year ago puts the Blues in a difficult position: accept defeat on Lukaku deal by letting him leave for a much lower fee or wait another year? 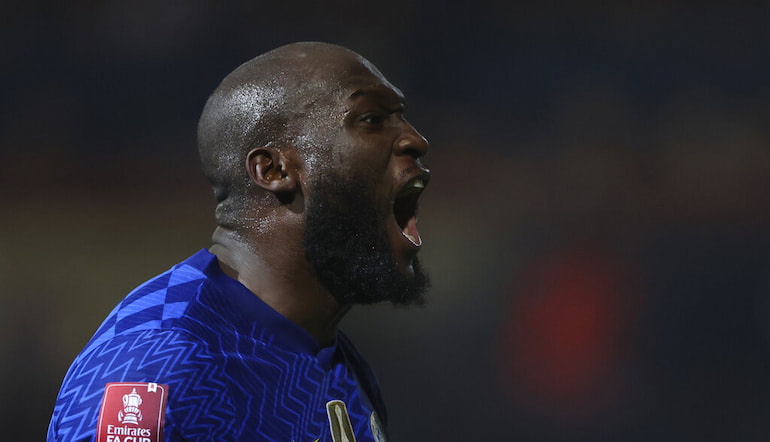 An important decision for a top club, which will also include the player's will. Because Romelu cannot live another season of exclusions, difficult situations and complications.

In England rumors have emerged about a possible move to AC Milan as a solution for the summer, but both from the Italian club and from those close to Lukaku comes a unique answer: it is not a real possibility, Romelu was also clear in that famous interview released last December. In Italy for Lukaku there is only and only Inter.

Inter, however, as of today have other priorities and cannot pay the €12 million net salary that Romelu earns in London, but not even the €115 million that Chelsea invested a year ago for the Belgian striker.

That's why a comeback is difficult, everything will depend on the English club and Romelu's possible sacrifices in case he really wants to leave London in the summer.

In the latter case, a door should also be left open for solutions abroad, in other leagues where Romelu has never played before.

The important thing will be to find the serenity, the smile of those who feel like a protagonist and the desire to make a difference, whether at Chelsea or far from London. With priority to the Blues: Romelu was clear.

Football Tips
Chelsea
About the Author
By
Fabrizio Romano