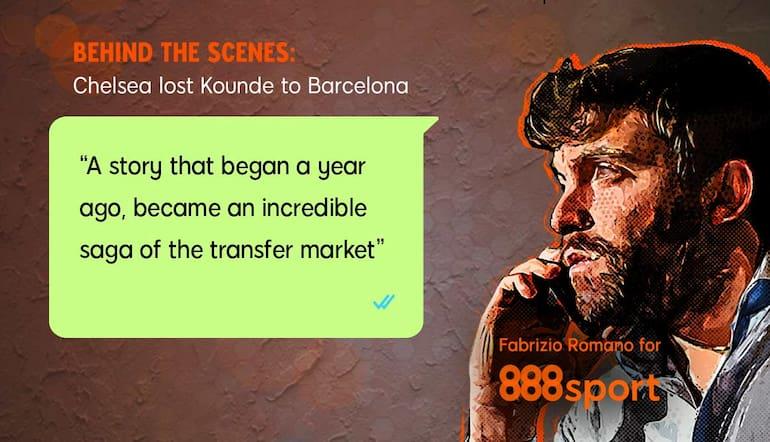 Jules Koundé at Barcelona is finally a completed and official deal, but it was one of the most incredible sagas of the transfer market.

A story that even began in July 2021; a year ago, Chelsea opened the first contacts with Sevilla for Jules Koundé as priority signing.

The deal was very close to being completed last summer but collapsed in late July as Chelsea wanted to include one or two players in the negotiation: Emerson Palmieri and Kurt Zouma were offered to Sevilla but no deal was reached.

First step in a story that continued a few weeks later, when Chelsea close to Deadline Day contacted the Spanish club with a new proposal of over € 50m turned down by Sevilla.

No intention of accepting an offer a few hours before the end of the transfer market for a key player like Koundé, the answer was clear: release clause or nothing, it means €80m fee. Impossible, see you in 2022.

This year Chelsea have taken action well in advance in order to sign Koundé; in February, the Blues resumed contact with their agents and discussed a possible five-year contract in view of June 2022.

But everything was blocked due to Roman Abramovich's situation which paralyzed Chelsea; sanctions prevented negotiations from proceeding, the club was revolutionized and the departure of Marina Granovskaia and Petr Cech significantly penalized Chelsea in this story, because they had accumulated an advantage that was dispersed in a few weeks.

Koundé remained a top Chelsea target, but before completing that deal the new owner Todd Boehly and Thomas Tuchel signed Kalidou Koulibaly from Napoli for € 40m add-ons included and tried to sign Nathan Aké from Manchester City, a deal very close but which then collapsed.

Furthermore, a negotiation was opened with Paris Saint-Germain for Presnel Kimpembé without reaching an agreement in early July given the cost of €65 /70m.

That's why Chelsea have decided to return to Koundé as a priority target. 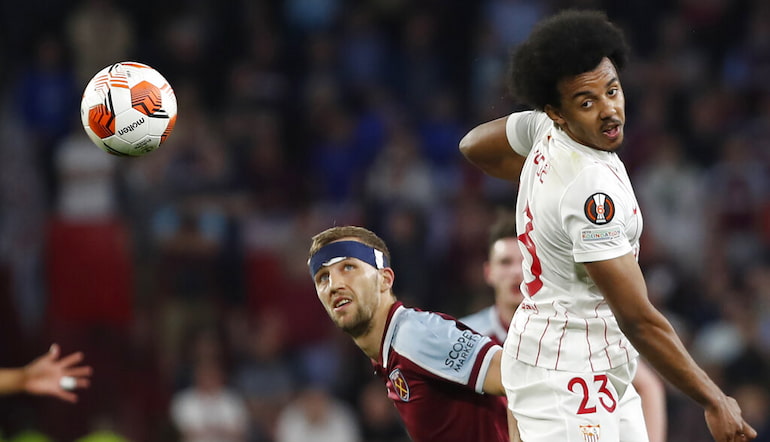 But in the meantime Barcelona had already entered the scene, slower in timing due to the sale of TV rights which then allowed the recent new signings but much more convinced in the negotiations with Koundé and his agents.

On Wednesday 20 July, Chelsea submitted a £ 55m proposal to Sevilla convinced it was the right bid to complete the negotiation after so many direct meetings.

But once again, Sevilla's sport director Monchi proved to be one of the toughest negotiators in the world in the interests of his club.

Sevilla waited without accepting Chelsea's proposal for two days, a green light that never came and that made the English club nervous; but at the same time, the green light of Jules Koundé did not arrive, despite the French defender having discussed the personal terms with Chelsea.

Chelsea have told Sevilla they will return soon with a new bid for Jules Koundé, after first one refused 24h ago [€55m add-ons included]. 🔵 #CFC

Player in talks with both Barcelona [Xavi, still pushing] and Chelsea. 🔴 #FCB

The player was a key factor in this story, which underwent a total change in the night between Friday and Saturday.

Why in the night? Barcelona were in the United States for the pre-season tour and Xavi Hernandez once again contacted Koundé directly.

Yet another convincing call in which the player was asked to wait a few days because Barça would have submitted a proposal and completed the deal, as already happened with Raphinha a few weeks ago.

The promise of making him one of the top center-backs in the world alongside Araujo tempted Koundé, while Chelsea were looking for other defenders in early July ... and the player didn't like this.

Small details that change the transfer market stories and change entire negotiations. Sevilla waited because Koundé did not give the green light to Chelsea, Barça in the meantime with Jordi Cruyff and Mateu Alemany prepared the official proposal.

The strategy was once again successful: Barcelona did not match Chelsea's proposal, but proposed a different structure without including Sergino Dest or Memphis Depay at any time despite rumours.

€50m guaranteed plus add-ons, a historic sale for Sevilla once again with the signature of director Monchi, known within European football as a legend in player sales management.

Barcelona have completed a deal that seemed almost impossible a week before: "Koundé has signed with Chelsea ...", Laporta told a fan in Las Vegas just 7 days earlier.

Instead, the signatures never arrived and Barça got another top target thanks to the skills of Xavi Hernandez.

Chelsea will need new center backs for Tuchel, but this Koundé story has been unlucky since July 2021: fate has always been adverse between Jules and the Blues.

Football Tips
Chelsea
Barcelona
About the Author
By
Fabrizio Romano