The Wildest, Rigged Sporting Event - And A Few Runners Up... 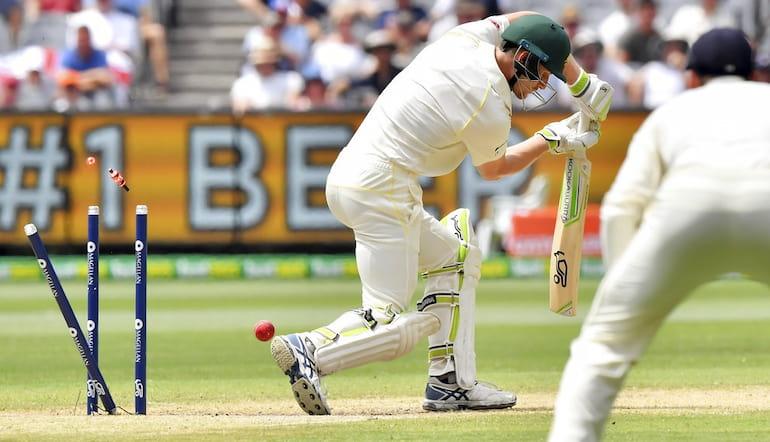 If there is one rule to successful sports betting, it’s to make sure that the match you are wagering on is precisely what you think it is.

While ascertaining complete legitimacy may be tricky – as recently as 2021, after all, the Houston Astros baseball team, World Series contenders for three out of five years, were sanctioned for stealing pitching signals from an opposing team – at the very least you need to make sure that the competition you’re betting on is actually taking place between bona-fide teams.

It’s a low threshold to maintain but, earlier this year, a group of Russian gamblers, maybe totally desperate to get down on something, wagered on cricket matches that were not only rigged but not even what they purported to be.

Most brazen of all, the names of the Indian teams – Maharashtra Rangers and Palanpur Sports Kings – were fabrications. The pitch on which they played was actually a patch of plowed farmland, situateed north of Mumbai, in the village of Molipur.

The uproarious crowd sounds had been prerecorded and grabbed off the Internet. And the players themselves? Amateurs who made their livings as laborers and farmhands.

In fact, it was all a major scam designed to fleece a group of Russian gamblers. Like all good cons, this one began with a front-man who presented an opportunity.

In this case, that person came in the form of a charismatic gambler who showed up in Russian bars and started talking about how great it was to bet on cricket.

Maybe the Russians had never seen a proper cricket match. If that happened to be the case, well, it was all the better for the scam artists.

In any event, the Russians were somehow convinced that cricket was a great sport for wagering and, presumably, an easy path to gambling riches. They were suitably intrigued and willing to lay down hard-earned rubles.

Now, as the con proceeded, a rigged match had to be put into play. After all, the event was being hyped as India’s Premiere League cricket finals and the real iteration had ended three weeks earlier.

That said, finding amateur cricketers is relatively easy in India where the sport is the equivalent of baseball or basketball in America. It is a national pastime.

And in Molipur, where unemployed farmers and wagerers are not in short supply, random people were willing to don bogus uniforms and play fake matches for real money.

Albeit, the payments were minuscule – 400 rupees, which was the equivalent of $US5 per match. Nevertheless, two phony teams were recruited and a handful of equally phony umpires materialized on the field.

They were all poised to join the pantheon of athletes who participated in sham betting events. While few have been as blatantly outrageous as this cricket charade, the Indian fraudsters find themselves in roguishly illustrious company.

To wit, the most venerable of sports-betting scams is the famous Black Sox scandal of 1919.

It involved key members of the Chicago White Sox, heavily favored to win the 1919 World Series, taking money from crooked gamblers to blow the Series.

They did so, got caught and live on in infamy, thanks partly to the movie “Eight Men Out.”

Decades later, in 1950, players on the City College of New York basketball team fell victim to greedy impulses when they took money for shaving points – but not necessarily losing games – so that illegal bookmakers and their cronies could clean up.

But such tricks are not only for college kids. In professional basketball, a referee by the name of Tim Donaghy faced disgrace for making illegal bets on games that he was officiating.

He allegedly supplied a couple of bettors with information on such games – and he got paid if his information proved profitable.

It was never proven that he was rigging games, but his actions were deemed devious enough for him to get sentenced to 15 years in jail.

Returning to the baseball diamond, Pete Rose, an esteemed All Star known as Charlie Hustle, got himself in hot water for betting on his team, the Cincinnati Reds, to win games he played in.

Classic by one of my ALL TIME favs ⁦@PeteRose_14⁩ on his 1984 return to the ⁦@Reds⁩ as Player Manager. He smashes a triple later ruled as a single and 2 base error. Charlie Hustle .. I knew I could be a Pete Rose of RAP just mash the grind 200% down adversaries necks pic.twitter.com/gVSohnBpXw

He’s insisted that he never bet against the Reds and “bet on my team to win every night because I loved my team.” Major League Baseball officials were unimpressed by the sentiment. They banned him for life from the sport.

Back in India, where the cricket scam unfolded, there was no love for anything but ill-gotten profits. And, for anyone who knew about cricket, it was all horribly unconvincing.

Lackluster players competed on a grubby, dirt-covered field, where what looks like some kind of an ivory-colored rug was laid down for the actual playing of the sport. Bets came in via a Telegram channel and the “match” was viewable on YouTube.

Refs wore tiny earpieces, received instructions on how to manipulate the matches to maximize profits for the house, and players were instructed on how to proceed.

As can be evidenced by remnants of matches that linger online, crafty cameramen usually kept the shots tight enough to hide the fact that there were no stands or spectators – just a woodland behind the improvised pitch.

On the side of verisimilitude, however, the play-by-play was covered by a fake announcer. He shoddily imitated the famous Indian commentator Harsha Bhogle.

The original plan was to put on a whole season’s worth of games and soak the Russian gamblers for all that could be gotten from them.

But, nine games in, as they entered the quarter finals of the faux tournament, things began to unravel. While the dopey Russians remained clueless about what was being perpetrated against them, some of the poorly paid athletes became suspicious.

They wondered why the games seemed so fake and why the refs were telling them when to flub plays. Somebody got annoyed and notified authorities.

A raid took place while one of the fake matches was being played. In its wake, several of the scam artists behind the scheme have been arrested.

While the Russians are out some $US4,000 and the guys who put this whole thing together claim that their initial outlay was so high that they failed to rake in the anticipated profits, at least one person in the cricket world is amused.

No doubt, the Russian gamblers, with pockets lighter and lessons learned, have managed to stop laughing over the cricket matches that weren’t.