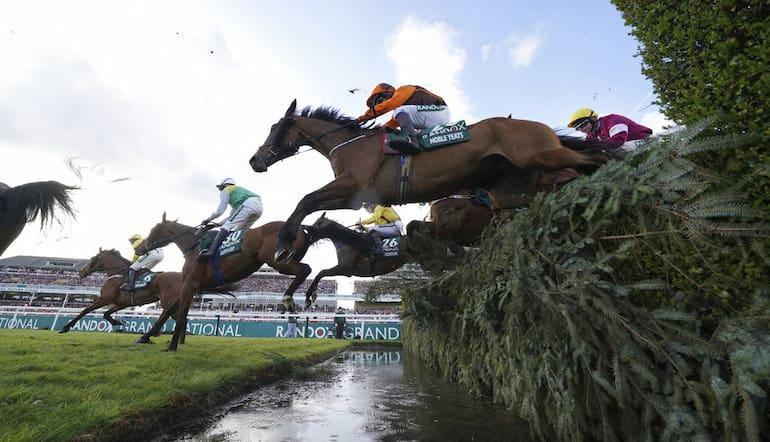 I’ve been lucky enough to witness some fine finishes to horse races in person over the years and eventually they become too numerous to recall, however here are three that have really stood out to me.

It was a wet and miserable day on Merseyside by the time the Aintree Hurdle came around.

The first two races had gone to Bellator and Jeffell and this Grade 1 hurdle had all the hallmarks of a “no bet” race due to the rather cramped odds of the mighty Istabraq at 4/7.

However, I and my buddy were of the view that if Istabraq was ever going to get turned over it would be on a day when the weather conditions were atrocious – well they were exactly that so we sided with AP McCoy’s mount Pridwell at 6/1 to cause an upset.

In his autobiography, McCoy states that the ride he gave Pridwell that day was probably the best of his career, and I am inclined to agree.

When the “unbeaten in his last ten races” Istabraq took it up jumping the last flight, the writing appeared to be on the wall, but McCoy galvanised Pridwell to dig deep and he beat the Irish superstar in a head-bob on the line.

Feelings of euphoria like that on a racecourse – especially when you’re collecting, stick with you forever don’t you think?

There must be something about manky stinking weather I like because the two-day downpour I experienced at Wetherby’s Charlie Hall meeting in 2019 played exactly into my antepost hands when Ballyoptic obliged for me in the mud.

Punted throughout the morning in anticipation of the forecast heavy rain, the Nigel Twiston-Davies trained Ballyoptic was knocked right off the boards,  from being 8/1 the previous evening to 11-4 second-favourite behind La Bague Au Roi.

In the race itself, Ballyoptic’s stamina reserves kicked into turbo in the closing stages as he wore down Top Ville Ben and Aso.

It was yet another fine race to savour in my muddy boots and it also shaped the Cheltenham Races betting odds for the 2019 Gold Cup.

Now I’ve seen a lot of races at my local racecourse Haydock Park down the decades but Gordon’s victory in the Sprint Cup was pretty special under Johnny Murtagh for trainer Tom Hogan.

After just losing out in the same race in 2012, Gordon returned the following year to romp home convincingly by three lengths at an S.P of 7/2 – a popular result for those like me who had placed their horse race bets online.

Gordon Lord Byron - a much-missed stable star for Tom Hogan who was at his destructive best in the 2013 Sprint Cup at @haydockraces: