Five Players Who Are Bound For Premier League This Summer

The Premier League is the pinnacle of club football - here are five players who look set to play in England's elite division next season... 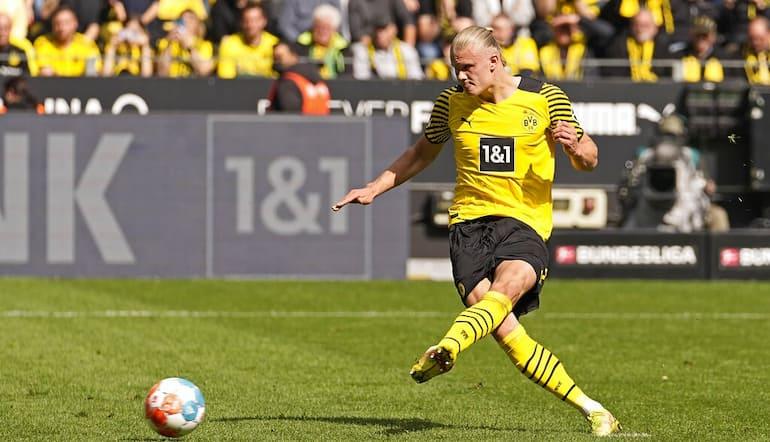 The record amount spent across a Premier League transfer window is a whopping £1.47bn in 2019 and who’s to say that ridiculous figure won’t be topped this summer as clubs seek to get their very expensive ducks in a row ahead of a brand-new season.

This is especially likely considering that several of the traditional big splurgers are determined to add a striker or two to their ranks in the months to come, with proven firepower always coming at a premium.

Elsewhere, some of the most formidable talents setting the continent alight are reportedly up for grabs and that includes a bona fide English megastar in the making. His signature alone would have us reconsider our Premier League predictions for 2022/23.

What awaits us is an awful lot of exciting developments but also sadly a deluge of misinformation, courtesy of an army of online ‘in-the-knows’.

Amidst all the rumours however, five names do stand out. Brilliant players all, there is a distinct possibility they could be turning out for your club this August.

If the Norwegian nuclear missile joins the Blues this summer then all bets are off in the top scorer Premier League odds.

Pep Guardiola’s champions-elect have once again scored an avalanche of goals this term and all without a conventional number nine. Add the phenomenal Haaland into the mix and records could easily be smashed to kingdom come.

Haaland has scored just shy of a goal-a-game in the Bundesliga – 61 in 66 – since joining Dortmund in 2019, after a year bullying the Austrian league so remorselessly its defenders are still in therapy. 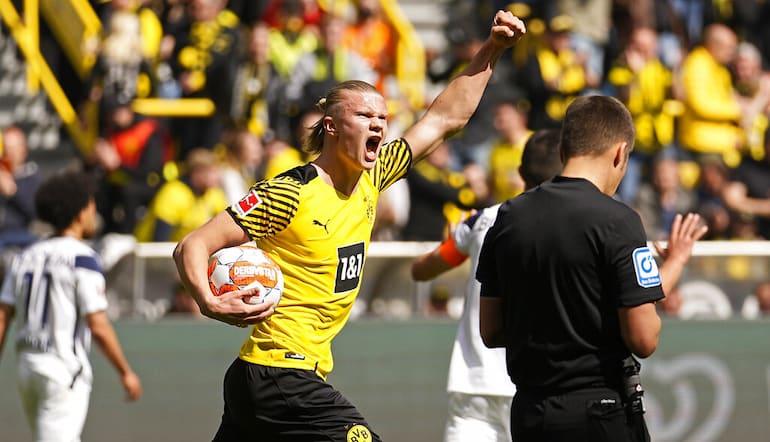 A monstrous hybrid of power and prolificacy, the 21-year-old has topped the shopping list of every European giant for several years, but it appears that City’s patient approach is paying off with terms.

According to reports, a deal has now been agreed with the player’s representatives – that includes his father, ex-City midfielder Alf-Inge - and a release clause set to be matched.

Even the very best Premier League centre-backs around are in for one hell of a bumpy ride twice a season from now on.

With Edinson Cavani off, Marcus Rashford in prolonged poor form, and Mason Greenwood clearly no longer an option, United have increasingly leaned on Cristiano Ronaldo’s magic for goals this season, a policy that has taken them so far but still left them mired in crisis.

Unquestionably then, no other top six side is in greater need of a top-class forward this summer. Step forward Darwin Nunez, the latest South American hot-shot to emerge from the Portuguese finishing school. 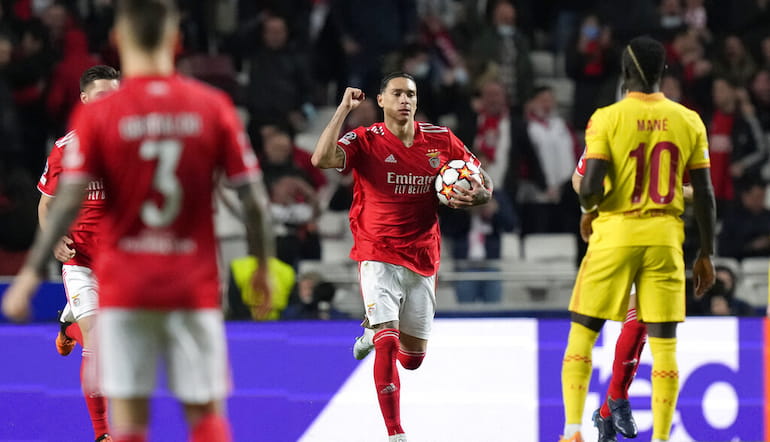 At 22 years of age and getting better all the time, Nunez has enjoyed a blistering campaign, bagging 26 league goals and perhaps more pertinently, finding the target against Barcelona, Bayern and Liverpool in the Champions League.

Nimble, clever with his movement, and blessed with unerring accuracy, it’s little surprise to see him linked to numerous clubs but it’s the Reds who have stolen a march in recent weeks with one reliant source even suggesting a tentative deal has already been reached between the Uruguayan’s new agent and the club.

As good as he is though, the player who was born just three weeks after United’s remarkable Champions League final turn-around in 1999 should not be considered an elixir to their problems. He would however, be one heck of a promising start to solving them.

Doubts persist about this one, even if the young England megastar-in-the-making is currently short-priced to make a headline-making move to Anfield at this season’s conclusion.

Should Haaland leave the Westfalenstadion, as he is widely expected to, would Dortmund be willing to sell their two best talents in a single window? That goes against their carefully adhered to business model.

Furthermore, would Liverpool be prepared to shell out the £100m-plus it would take to dislodge the majestic Bellingham? 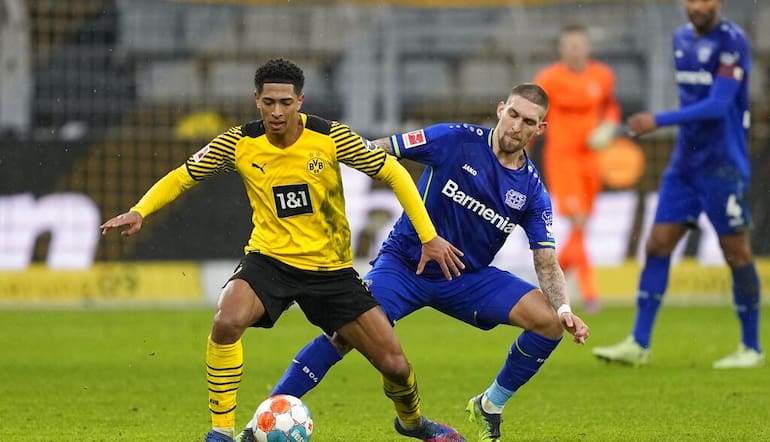 Huge outlays on Alisson and Virgil Van Dijk have been notable exceptions to a successful mandate put in place by the club’s owners to invest sensibly.

Perhaps though Bellingham is another exceptional exception in waiting. Equally effective in both boxes it is all-too-easy to imagine this generational talent putting in one of the best Premier League debuts in living memory, then bossing Liverpool and England’s midfield for a decade to come.

How can you put a price on that?

According to those genuinely in-the-know – and not simply making links up in their mother’s spare bedroom – the Austrian attacking-midfielder has become surplus to requirements in Bavaria with the German behemoths willing to sell for a cut-price £15m.

Naturally, this has gained the attention of several leading clubs, attracted to a player who was selected for the Bundesliga Team of the Year as recently as 2019/20.

Again though, according to the informed journalists, it is only realistically Arsenal and Atletico Madrid in the frame to secure one of the most under-rated talents around. 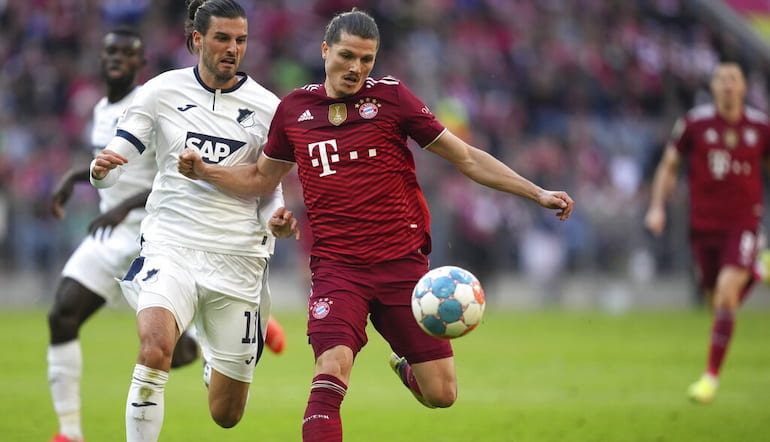 For the Gunners, Sabitzer makes all kinds of sense, not least his affordable fee. It would be a mistake to rely too heavily on Emile Smith Rowe across a demanding season next year that will contain European football no matter how superbly the youngster has fared to date.

More so, the 28-year-old Zorro lookalike specializes in precisely the kind of intelligent possession-play that Mikel Arteta preaches.

His signing may not dominate the back pages like some others will, but it would be a shrewd coup and a likely success story.

Just a few short months ago, the Magpies were prominent in the Premier League relegation betting markets. Now, one transformative takeover and a new manager later, they are being linked to every in-form player on the planet.

The sheer wealth of players said to be on Newcastle’s radar means Badiashile has become something of a forgotten target and is therefore pitched at relatively long odds to rock up to St James’ Park this summer.

In actuality, the Toon Army should be getting excited about the prospect of the young defender heading to the North-East very soon. 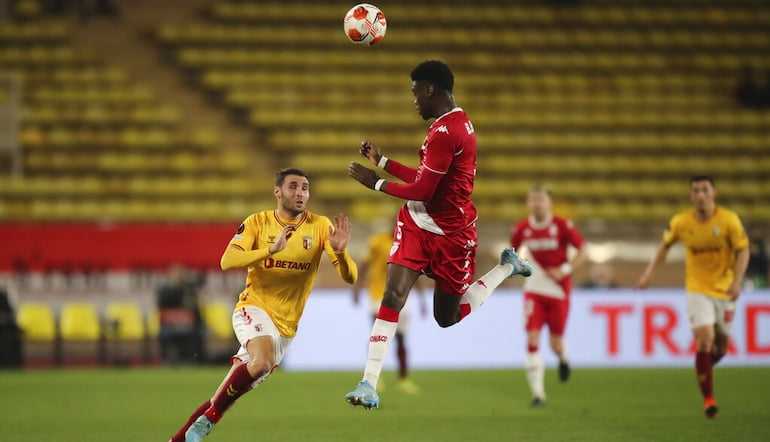 A bid was apparently made for the 6ft 4 Monaco ace back in January but nothing came of it.

Since then, the French Under-21 international has admitted that playing in the Premier League is a long-held dream of him, evidently keen to make it known that he still wants to join the Newcastle revolution.

Badiashile fits the profile of the kind of transfer Eddie Howe must make this summer many times over. He’s young with a high development ceiling, and available at a reasonable price – reported at £25m – to assuage financial fair play.