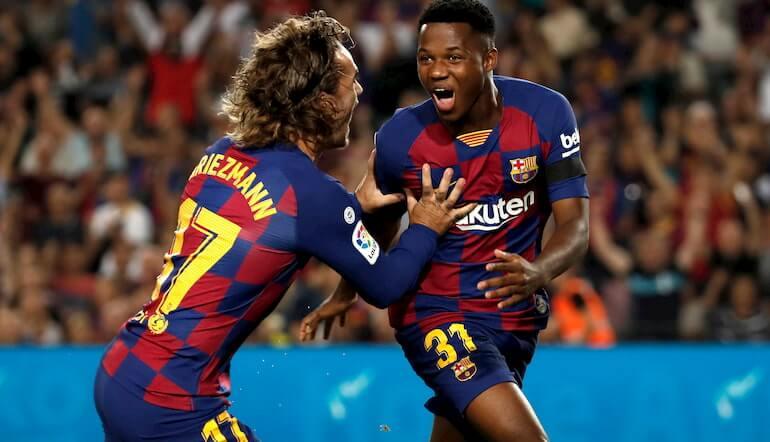 The top wonderkids in FM 2021 are a mix of already established young stars and lesser known wonderkid bargains.

Those cheap alternatives, nestled away on an obscure team in a lower profile league, are what FM21 players are looking for as they rebuild or tweak their squad.

Here are the top FM 2021 wonderkids, including some names that will be familiar to those who frequently bet on football…

Leeds fans will be familiar with Josko Gvardiol, who turned the club down this past offseason. Gvardiol is a stalwart of FM wonderkid lists, and with good reason.

The 18-year-old has represented Croatia throughout the age groups and earned himself a move to RB Leipzig just a couple of months ago.

He’s been loaned back to Dinamo Zagreb, and he’s a harder player to acquire than in previous Football Manager games, but if you’re taking over one of Europe’s big boys, he’s a player to consider in the second summer.

Solid at left-back, Gvardiol is at his best playing the ball out from centre back.

Leo Ostigard is on loan at Coventry from Brighton. Any permanent deal will not go through until he’s returned from the loan, but he’s still a young central defender worth looking at.

FM Scout’s rankings place him as the sixth-best central defensive prospect on the game.

With Ben White and Lewis Dunk already established in their squad, though, Ostigard isn’t lined up to be a first choice player any time soon and the south coast club could cash in on the 20-year-old Norwegian.

On loan at Mirandes from Espanyol, it’s a waiting game to land Victor Gomez, but the 20-year-old Spaniard ranks as one of the best young right-backs in FM21.

Gomez is versatile at right-back, though he makes most sense as a signing for teams looking to push their full-backs forward.

His value starts low, yet it’s difficult judge how much Espanyol will want. Trying to tie him up in the first window makes sense if you’ve got the spare budget.

There are some brilliant young right-backs around at the moment – Max Aarons and Reece James are the two highest-rated by FM Scout – but Gomez looks like the best value option.

He’s one of the top left-backs in the FM Scout wonderkid database, and with a bit of training, can become accomplished on the right side of defence, too.

Williams is unlikely to be attainable early on in a save, though Manchester United could be tempted to loan him out having signed Alex Telles.

If Williams cannot get game time in the first couple seasons, he could be available for a reasonable fee and hopefully still be able to reach his world class potential.

His value starts sub-£1 million – Anderlecht will ask for plenty more, but Kana is certainly affordable. At just 17 years old at the start of an FM21 save, it’s best to move early for the Belgian starlet.

It’s potential you’re investing in, and what phenomenal potential it is. Kana develops into a complete defensive midfield package with high determination, passing and tackling attributes.

An FM wonderkid bargain for several editions of the game, there are rumours Dominik Szoboszlai could be on the move in real life, but he’s still a great value attacking midfield option in FM21.

The Hungarian is just 19 years old at the start of a save. He’s effective from the left wing, as a mezzala or playing as a 10.

The dribbling and passing stats make him a creative force wherever you deploy him, and he’s got a release clause that plenty of Premier League clubs can afford.

Comfortable on either wing or leading the line, Barcelona starlet Ansu Fati is only 17 when your FM save gets underway and there’s no question he’s destined for greatness.

Don’t be surprised to see him in the Ballon d’Or reckoning within a couple of seasons.

Fati is the least attainable player in this article, but who knows with Barcelona? Maybe they sign players that push him down the pecking order and he forces his way out.

Harvey Elliott and Manchester United’s Facundo Pellistri are two of the highest-raid right wingers in FM21, but neither of the Premier League giants will be willing to let them go.

Shakhtar’s Tete has a similar level of potential and should be available for a reasonable enough fee.

Tete, who turns 21 in February of the first season, starts with a value around £3 million. Shakhtar will want plenty more than that, but it’s worthwhile for a player with the same potential as Ferran Torres according to FM Scout.

Borussia Dortmund have four of the best wonderkids on FM21. Giovanni Reyna is the easiest of the quartet to sign in the first transfer window.

Erling Haaland and Jadon Sancho will be very pricey, while Dortmund are unlikely to let Jude Bellingham go having just signed him from Birmingham.

Reyna is most effective playing behind a striker, though he can slot in on the wing when required, too. Anyone doing a save with Real Madrid or Barcelona should be prioritising the young American.

Always a name to look out for on Football Manager, Joao Pedro is among the top young strikers on FM21. He’s an ideal player to strike the balance between immediate effectiveness and potential.

Other wonderkids will take a season or two to develop into a useful starter, but Pedro can start games in the Premier League in the first season of a save. Getting Watford to let him go won’t be easy, mind.