Transfer Betting: 10 Big Names In Danger Of Falling Out Of Favour

These 10 players could be heading for the exit doors this summer - how many will fall out of favour before the start of next season? 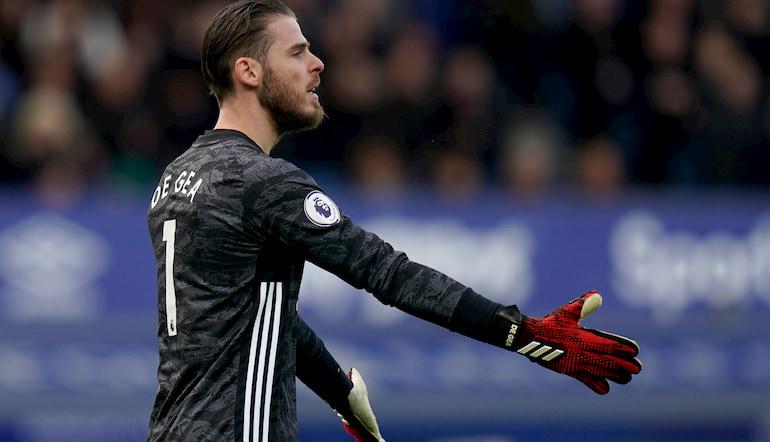 The 2020 offseason will be unique. Many teams will be wary of spending, perhaps making it a quieter transfer window than usual.

The biggest clubs in the world will still be looking to add to their squads, which could see some high-profile players fall out of the first team.

In other cases, it’s a change of manager or altered approach that has forced a big signing to backup status or even to the dreaded stage of unwanted contract.

These 10 players are all of different stature in the game and at their clubs. They are all, or have been, important to their respective teams, but they see their game time and relevance drop next season…

Not the player he was, Luis Suarez is still one of Europe’s better strikers, but the pressure is great at Barcelona.

A team lacking cohesion could be looking to make changes ahead of 2020/21, and Suarez’s game time could be one of the casualties.

His 16 La Liga goals this term is his lowest tally since his first season in Spain. Barcelona may rejig their attack as they look to bring the best out of Antoine Griezmann, who has (to put it kindly) underwhelmed in his first season.

Barcelona need change if they are to be a strong pick in outright winner odds next season.

Manchester United will always be a popular football betting team. With how they’ve played in recent weeks, they are a popular team to watch as well.

The 4-3-3 adopted by Ole Gunnar Solskjaer has seen Paul Pogba and Bruno Fernandes pull the strings behind Marcus Rashford, Anthony Martial and Mason Greenwood. The results, at times, have been devastating.

Fred, a costly acquisition, has improved this year, but he’s fallen to into a backup role.

United need him as squad depth, but he may well be no more than that next year – that’s a lot of money for a player who could start fewer than 10 Premier League matches.

Chelsea want to be more than a top four betting team next season. Timo Werner and Hakim Ziyech are on their way. Kai Havertz could be joining them.

Goalkeeper is arguably their greatest weakness. Kepa Arrizabalaga is the worst goalkeeper in the league when it comes to post-shot expected goals minus goals allowed.

Andre Onana, Jan Oblak and others have been linked with Chelsea as Roman Abramovich continues a spending spree much like his early years at the club.

Kepa could find himself sitting on the bench or out on loan next season.

Having been Real Madrid’s blockbuster signing last summer and started just 14 La Liga matches this season, it may seem premature for Eden Hazard to lose his place.

With Vinicius and Rodrygo impressing, however, there’s no question that the Belgian is already under pressure.

Zinedine Zidane has shown he will be decisive with big name players (just ask Gareth Bale). Hazard needs to start the 2020/21 season well if his time in the Spanish capital is to be deemed a success.

With only 15 Premier League appearances this season, and being regularly on the bench in big matches, it wouldn’t be foolish to say John Stones has already ‘fallen out of favour’.

Pep Guardiola is set to invest heavily in his defence this offseason. They have already been linked with Nathan Ake, which would push Stones further down the pecking order.

His time at Etihad Stadium looks to be coming to an end – where will he end up next?

Depth has been the question at Liverpool. They are not the same team once they delve beyond their top 12 or 13 players.

Divock Origi, a hero for the club on big occasion aplenty, is one such weakness and is an area they will be looking to upgrade.

Whether through youth players taking some of his minutes or a new signing, Origi’s position in the squad could be on a downward trajectory.

How Liverpool improve their depth will change Premier League betting odds next season.

It was a long wait for Hector Bellerin to return to first team action.

Potentially working through some rust and getting back to match fitness, he’s not been impressive since the league restarted.

Some would even argue that Gunners youngster Ainsley Maitland-Niles should be starting ahead of him.

Arsenal, on the back of wins over Liverpool and Manchester City, are a team to watch in online betting next season. Mikel Arteta is building something, but will it include Bellerin as the first choice right-back?

Recently extending his contract until the end of 2021/22, Antonio Candreva’s future at Inter looks secure despite interest from Atalanta.

The signing of Achraf Hakimi could see him slip to the bench, however. Candreva has started 22 and come off the bench in seven for Inter in Serie A this season.

Hakimi can play on either side as a wing-back for Antonio Conte, of course, but links to Emerson Palmieri suggest the former Real Madrid speedster will be on the right, shunting Candreva out of the XI.

Howlers have haunted his game in the last couple of seasons, as was highlighted with two shockers against Chelsea in the FA Cup semi-final.

United have a better goalkeeper on their books in Dean Henderson. They have unparalleled spending power to sign someone else if they so please. De Gea has become a weakness.

He might not fall out favour, but he should - and United fans may turn on Ole Gunnar Solskjaer if he sticks by the Spaniard.

West Ham have needed to upgrade their midfield for some time. David Moyes tried playing Mark Noble with Declan Rice and Tomas Soucek, but it unsurprisingly didn’t work.

If Rice remains at the club, he and Soucek should be Moyes’ first choice pairing.

Noble, a loyal servant to the club, needs to become a squad player if West Ham are to pull away from the perennial threat of yo-yoing.