5 Players With The Most Ballon d’Or Wins

888sport look at the most successful players in Ballon d’Or history – is Lionel Messi the top dog with six awards? 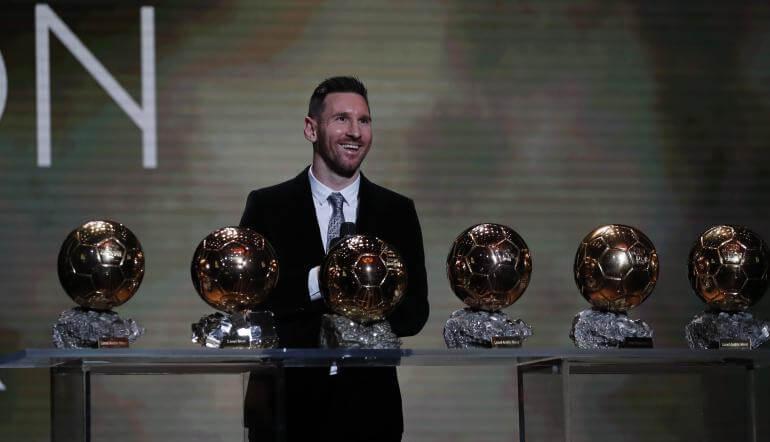 It is official: Lionel Messi is in a world of his own.

If anyone had any doubts on whether Messi is the greatest player of all-time, that question has now been answered.

Messi is the only player to win six Ballon d’Or awards and a seventh could be on the cards in 2021. But enough about the future, it is time to focus on the past and the most successful players in Ballon d’Or history.

Van Basten was the striker of his generation. Similar to the Robert Lewandowski of today, he was clearly the best forward in football, finishing his club career with an incredible 218 goals in 280 games.

Whichever way you look at it, that is an unbelievable record.

The Netherlands striker claimed three Ballon d’Or awards during his career and ranked 25th on a list of the greatest Dutch people of all-time.

Johan Cruyff was the only footballer to rank above him but Van Basten will go down as the country’s greatest ever striker.

A key figure in that dominant Ajax side in the 1970s, Cruyff will go down in history as one of the most influential footballers of his time.

The best Dutch footaballer of all-time, Cruyff was the first ever player to win three Ballon d’Or awards in a row and that record can never be broken. He was full value for all three FIFA World Player of the Year triumphs.

Arguably the most naturally gifted player to step onto a football pitch, Cruyff was a man playing at a level way before his time. It was his world.

Platini was plying his trade for Juventus when he claimed all three Ballon d’Or awards – he was football’s star man in the early 1980s.

His stint at the top was relatively short though, he failed to finish in the top three in any of the non-winning years.

As well as securing three Ballon d’Or victories, Platini finished sixth in the FIFA Player of the Century voting.

His tenure as FIFA President is shrouded in controversy but there is no doubting his natural ability as a footballer and he thoroughly deserved all three awards.

With five Ballon d’Or triumphs to his name, Ronaldo has been compared directly to Messi throughout his career. Both players are frequently named in our expert tipsters betting expert betting tips.

The 888 tips and Ballon d’Or betting odds were not in Ronaldo’s favour for 2019 but he is still the second most decorated player on this list.

Without a doubt, CR7 has been an icon for young players coming through the ranks and he could yet challenge Messi’s status as the greatest ever. A FIFA Best Player Award veteran, he is an icon of the game.

Messi won his first Ballon d’Or in 2009 – and that success would spark an era of dominance. He has been consistently up there in the FIFA World Player of the Year voting ever since.

Leading Barcelona to unprecedented levels of glory, Messi claimed four Ballon d’Or awards in a row before having to wait until 2015 for his fifth accolade.

The Messi vs Ronaldo debate rages on but his 2019 Ballon d’Or success has helped to swing fans back in favour of the Barca star.

Sensational for over a decade, Messi’s brilliance gives him a slight edge over Ronaldo and he has been value for all six Ballon d’Or wins.