Best Football Skills For Young Footballers To Learn In Training

Our top tips on the best football skills and tricks to learn on the training ground... 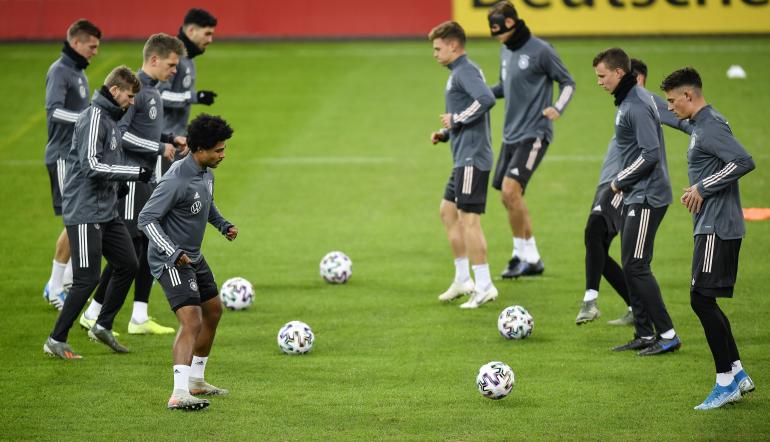 Every youngster dreams of becoming a professional footballer. Recreating a Champions League-winning goal in the back garden or leading your local side to promotion is a staple of a football fan’s childhood.

We’ve covered a guide to becoming a football manager at 888, and this time we are taking a look at the key skills to learn as a young footballer. We’ll admit this isn’t a guarantee you’ll be succeeding Harry Kane as England captain, but they’re important starting points.

The stories of David Beckham’s near obsessive free-kick practice are an example of what young footballers should aim for.

That level of commitment, that dedication to improving, is how a young player can improve sufficiently to make a career in the game. Here are five skills they should focus on…

Although associated with wingers who dance around the ball and then hit the first man, stepovers are a useful skill for young players. It is a way to beat your man and helps develop dribbling skills from a young age.

Having quick feet is key for a footballer, regardless of position. Defenders need to be nimble enough to live with opposing attacks, midfielders must be able to move the ball in tight spaces.

Stepovers aren’t always going be appropriate in a game, but from a young age, it is important footballers are confident taking on their opponent. Stepovers are an exercise to help with that.

Named after arguably the greatest footballer of all-time, the Cruyff turn is a good way to either beat a player or retain possession.

It is executed by planting one foot alongside the ball, as you would if you’re going to pass or shoot. As you begin the motion, twist your foot slightly to drag it back behind the planted foot.

The player can then dribble away into space, having left the opponent behind, or pass to a newly available teammate.

Learning ways to turn with the ball helps young players to become more aware of their surroundings on the pitch and opens up options. It aids ball retention, one of the most vital skills.

This is the only ‘skill’ on this list that ideally needs another person (though a wall would work, too).

Two-touch passing sounds simple, but it’s a great way to work on developing a good first touch and quick feet to receive and move the ball swiftly.

The rondo is a well-known exercise which looks to work on the same skills. A two-touch passing drill could be done between just two players, or even using a wall to bounce the ball back at you.

Often named after Real Madrid legend and Ballon d’Or winner Zinedine Zidane (Zidane’s Madrid are one of the football betting favourites in the Champions League once again), the roulette is a move particularly useful for midfielders.

It is a great way to lose players in confined spaces or keep possession when an opponent closes in.

A roulette is effectively a spin move. The player will put their foot on top of the ball and pivot, switching the ball to their other foot. Space has been created, and the opponent is unable to do anything about it.

This one is pretty self-explanatory. Simply dribble the ball at pace, keeping it under control. Abruptly stop, controlling it with the outside of your foot. Then, get the ball moving again with the inside of the same foot.

It’s straight forward and very effective. Some of the game’s best dribblers have used this frequently, stopping on a sixpence before leaving their market behind.

Eden Hazard and Lionel Messi will both stop and start when dribbling, making it very hard for their opponent to stay with them.

Football Training
Football Skills
About the Author
By
Sam Cox