Everything you need to know ahead of the Champions League ‘mini tournament’ in Lisbon, with UCL betting tips, draw information and a look at the Europa League! 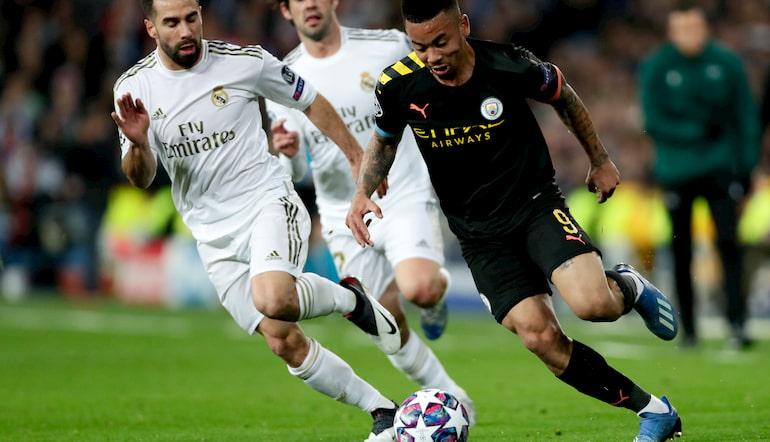 Credit where credit is due – UEFA have done incredibly well to come up with a viable way of concluding the 2019/20 Champions League campaign.

It has been an unprecedented era for clubs around the world but Europe’s governing body have found a plausible solution that maintains the credibility of the competition.

The Champions League is the pinnacle of club football, with aspiring footballers around the world dreaming of lifting the famous trophy.

As Europe’s elite club competition, millions of fans from around the world will be tuning in to watch the best teams in Europe compete for Champions League glory.

Without further ado, here is everything you need to know ahead of the Champions League’s resumption. From the format of the tournament to Champions League betting, we’ve got you covered.

UEFA recently confirmed that any remaining last-16 matches will take place at the pre-determined venues, meaning that Manchester City have been given the green light to host Real Madrid at the Etihad Stadium.

All eight quarter-finalists will then travel to Lisbon for the next round, which is scheduled to take place on 12-15th August. Football betting odds will be available on the Champions League quarter-finals in due course.

The semi-finals will follow on the 18th and 19th August before the final on 23rd August. Every match will take place behind doors but will be broadcast on television around the world.

Lisbon has been chosen to host the 2019/20 Champions League knockout stages – with two stadiums being used for the remaining seven fixtures.

UEFA have confirmed that the final will take place at Estadio do Sport, home of Benfica, on August 23rd and the eyes of the sporting world will be on the city.

Meanwhile, the Women’s Champions League will be concluded in the same format but later in the month. In addition, Bilbao has been selected as the host city for the tournament.

The draw for the conclusion of the 2019/20 Champions League competition took place on Friday 10th July 2020. Here at 888sport, we’ve put together a list of the scheduled fixtures:

Manchester City will have to do it the hard way if they are to claim their first Champions League crown.

Pep Guardiola’s side have been touted for European glory this season but the draw hasn’t exactly been kind to the Premier League club.

The Blues are out to 15/4 in Champions League odds but it would be foolish to write City off completely.

With the Premier League title race done and dusted, Guardiola will prioritise the Champions League from this moment forward.

PSG will be quietly confident of getting past free-scoring Atalanta and the one-legged format may actually benefit the Ligue 1 champions. 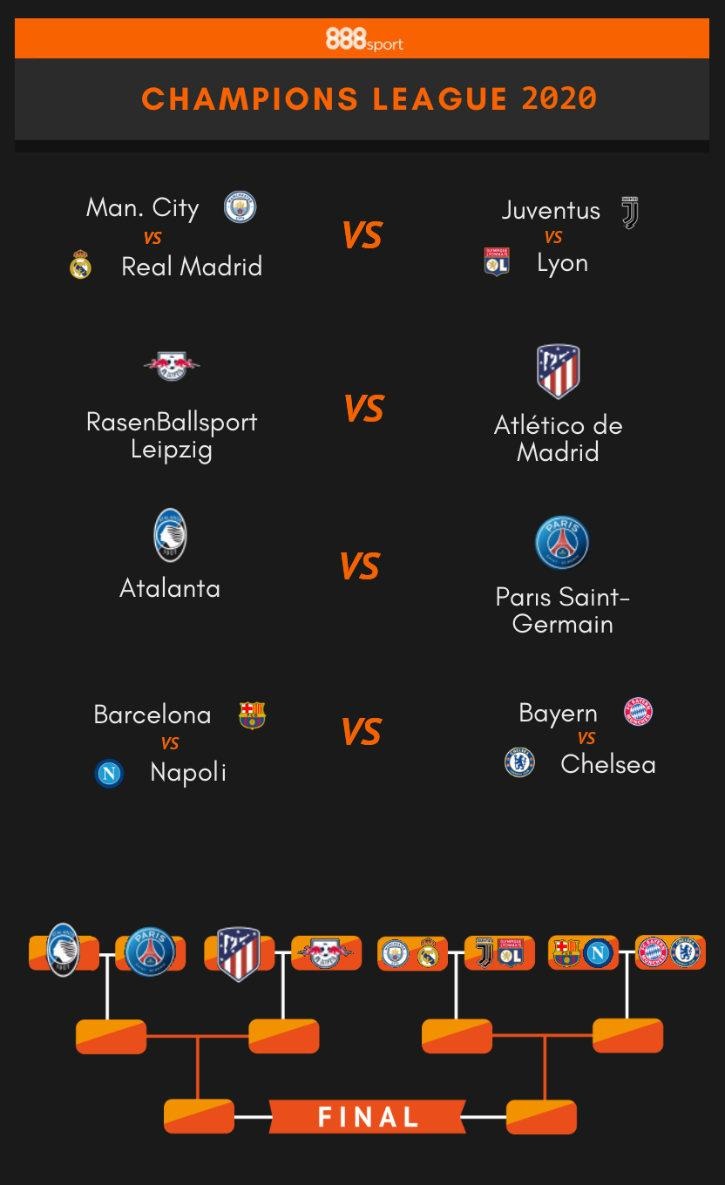 On the flip side, you could argue that PSG won’t be as match fit as other teams having not played competitively since March.

Thomas Tuchel’s men have the quality but do they have the mental strength and resolve to triumph on Europe’s big stage?

Bayern Munich are three goals to the good ahead of their second leg against Chelsea and the Bundesliga side have been in supreme form in 2020.

With Robert Lewandowski scoring for fun, the Bavarians could be the team to beat in the Champions League hunt.

At 15/4, Bayern would be my tip at this stage of the tournament.

They wrapped the German title up a few weeks ago and can afford to take their foot off the gas for a couple of matches before building up to hit top form in Lisbon.

The remainder of the 2019/20 Europa League campaign is going to take place in Germany, with Cologne, Duisburg, Dusseldorf and Gelsenkirchen confirmed to host single-legged fixtures.

UEFA have confirmed dates for the Europa League fixtures so punters should be able to find live betting odds on the competition:

The Europa League draw was also conducted on Friday 10th July 2020, with a running order schedule confirmed by UEFA:

Manchester United are the 2/1 favourites to win the Europa League this season – and it is easy to see why.

Ole Gunnar Solskjaer’s side are unbeaten in their last 15 matches in all competitions and they will have been drawn on the other opposite side to Inter Milan.

Bruno Fernandes and Paul Pogba have been wreaking havoc in the United midfield and the Red Devils will be tough to stop if they both stay fit.

Could we see an English double in the Champions League and Europa League this summer?

Follow extensive coverage of the Europa League via the 888sport blog during this summer’s tournament.

With cutting edge news and betting tips on European football, why would you want to be anywhere else?