How Much Do Championship Football Players Get Paid?

How much do Championship footballers get paid? We investigate the latest Championship salary information, including the highest paid player, average wage and more. 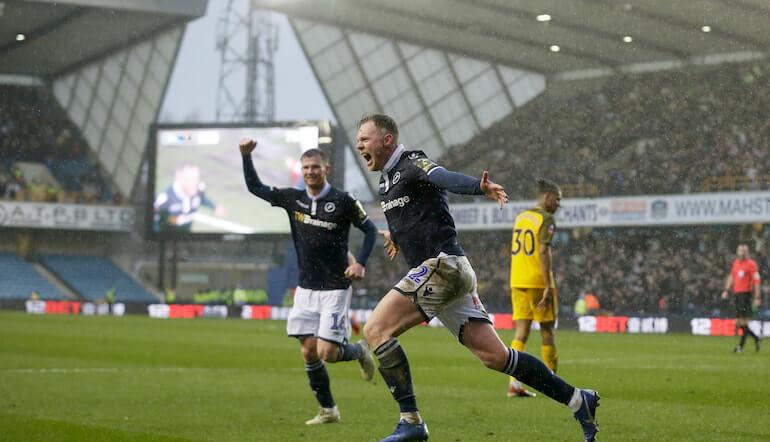 The amount of money washing around the upper echelons of professional football is nothing short of incredible. Football betting odds chop and change because of heavy spending in the transfer window.

Joao Felix was THE summer signing of the summer transfer window a few years ago, with the Portuguese opting to take on a fresh challenge with Atletico Madrid after a successful spell at Benfica.

Nowadays, a typical Championship transfer fee is a significant sum of money - though the average Championship salary remains low in comparison to the highest paid Premier League players.

Most football clubs have to pay at least £25 million to buy a quality player and that is before you take footballer salaries into account.

Wolverhampton Wanderers set a new Championship transfer record when they signed Ruben Neves for £15.8 million back in 2017 and it is surely only a matter of time before that fee is eclipsed.

Wiith vast sums of money traded in recent years in England's second tier, Championship clubs - especially those dropping out of the Premier League - are investing heavily on Championship player salaries and lucrative transfers in a bid to secure promotion.

Average Championship Salary On The Rise

The average YEARLY Championship wage back in 2006 was around £150,000. That works out at around £3,000 per week - still an extraordinary salary compared to your average Joe in the United Kingdom.

15 years on and the average wage has rocketed; players are averaging closer to £35,000 per week.

Paying the odd player a high wage isn't a problem but sticking the whole team on a lucrative contract can be costly in the long term. If you are targeting short term success, this probably isn't the best way to go about it.

According to reported figures, Stoke City have nine players on their books who are earning £50,000 a week or higher. Despite this, betting expert betting tips on the Potters earning promotion are few and far between.

That figure is not sustainable in the Championship - it may be possible for a season or two but Stoke will already have started to feel the bite having failed to secure promotion back to the Premier League.

The Potters captain's contract is worth around £8.5 million over three years, which is a staggering sum of money for any Championship side.

According to reports, the highest paid Championship player earns a weekly salary of £68,000 per week. This is nearly £40,000 a week higher than the average Championship wage and is undoubtedly higher than many Premier League player salaries.

As previously mentioned, the average Championship wage in 2021/22 is £35,000 per week. The football world now revolves around financial stability and that figure is likely to increase in the coming years.

The highest earning Championship player is reportedly earning £75,000 a week. This information comes from an 80-page EFL report that did not name the player in question but specified that the Championship's top earner plays for a southern club.

To put the current Championship wage into perspective, the average League One salary for a footballer is less than £5,000 per week. 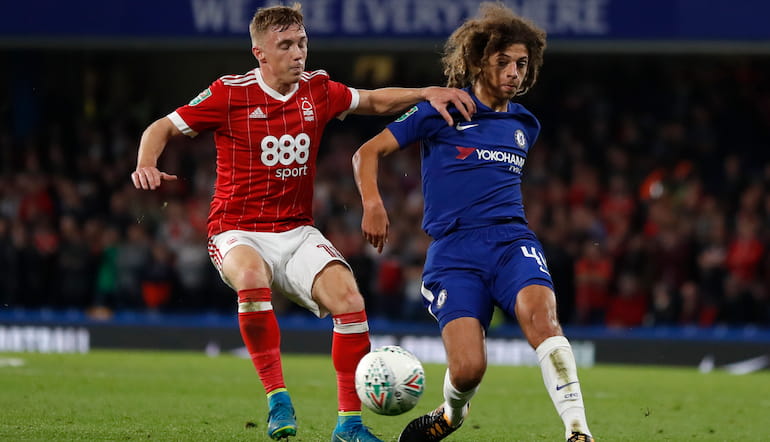 The focus is always on the jump from the Championship to the Premier League but there is also a major discrepancy between the second and third tiers of English football.

Manchester City are the biggest spenders when it comes to Premier League salaries, with £115,000 per week awarded to their first team.

Meanwhile, 2019/20 Premier League champions Liverpool are second on the list with an average weekly wage of £100,000.

According to sources, David de Gea is the highest earning player in the Premier League. The Spain goalkeeper has a contract that is estimated to be worth £375,000 a week - over £300,000 higher than the top flight average salary.

With the likes of Leeds United, West Bromwich Albion and Fulham looking to spend big ahead of their return to the Premier League, we could see the average salary for England's top flight rise in the coming months.

While the Bees fell short in their bid to secure promotion to the Premier League last season, Brentford fans will be hoping that the club's decision to commit to high Championship salaries will pay off in the not-so-distant future.

But does spending translate directly to results? Well, not exactly. Some of the highest spending clubs finished in the top half while others fell short in their bid to secure a playoff berth.

Ultimately, spending huge sums of money is not always the way to go in the Championship. Many believe that England's second tier is the toughest division in the Football League and you buying success is not an option.

It isn't how much you invest, it is HOW you invest. Shrewd business is better than erratic financial spending.

Sheffield Wednesday and Queens Park Rangers are just two clubs that had a total expenditure of £0.00 back ahead of the 2019/20 campaign.

That isn't to say that these clubs didn't do any business at all; loan deals can be very effective, especially in England's second tier as fringe players for top flight teams look to impress.

Spending doesn't correlate directly to on-field success but you do have to freshen things up and invest in new players to stay competitive. And to do that in today's modern game, you need to pay hefty Championship wages.

A few years ago, the latest television deal was confirmed: Sky Sports and BT Sport were going to pay a combined £5 BILLION to broadcast Premier League football.

If anything, this financial incentive only enhanced the hunger for Championship clubs to put all of their efforts into securing promotion to the top flight.

However, parachute payments have existed for a number of years now. In a nutshell, this offers a safety net to Premier League clubs who are relegated to the Championship. 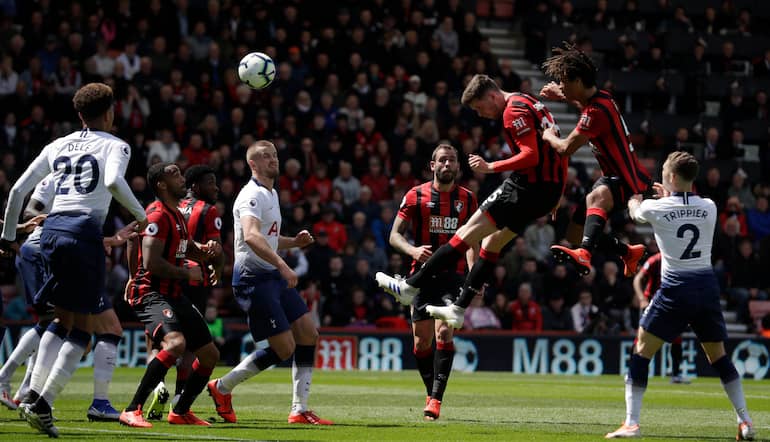 When a club drops down to the second tier, they know that they will receive parachute payments totaling around £65 million - enough to swing football prediction tips in favour of these teams.

That works out at just over £16 million PER season. Established Championship clubs, such as Birmingham City and Brentford, are already in a weaker position than those second tier sides relegated from the Premier League. And that's before you take any other financial indicators into account.

Swansea City and Stoke City are just two of the clubs to have directly benefited from parachute payments in recent years. While Stoke struggled despite paying some of the biggest Championship salaries, Swansea thrived in 2019/20 and reached the playoffs.

Should Championship Players Earn So Much?

The debate on footballer wages will never end. When it comes to the highest-paid earners at clubs such as Nottingham Forest and Derby County, salaries are sky high compared to some of their Championship rivals.

When players are earning close to £70,000 per week, it makes you think. The average Championship salary is now just as crazy as the average Premier League wage.

You can break the Championship down into tiers. There is a group of maybe four or five clubs in that top bracket; those clubs can afford to pay in excess of £10 million for transfers whilst covering £50,000 per week on wages.

Then you have the shrewd investors. Clubs that are willing to spend money but have a solid wage structure in place - more often than not these are the established Championship clubs.

Clever investment will keep these teams in the second tier but promotion may be a stretch too far.

Parachute payments have contributed to the rise in Championship wages and some of the clubs may not be able to afford it in the long term. Whether that affects a significant proportion of England's second tier or not is yet to be seen...

1) What Is The Average Championship Salary?

Championship football players are getting paid on average around £35,000 per week.

2) Who Is The Highest-Paid Championship Player?

During the 2018/2019 season, the Championship football player with the highest salary was the Ivory Coast striker, Wilfried Bony who played for Swansea and earned around £90,000 per week.

In the 2021/22 campaign, the highest earning Championship player was unnamed but the footballer in question earned £80,000 a week. Information on Championship wages, especially for players dropping out of the Premier League, is often vague.

3) How Much Does The Average Premier League Player Earn?

The highest-paid Premier League football players can earn a salary way above £250,000 per week, with the likes of De Gea, Kevin de Bruyne and Paul Pogba eclipsing that figure.

4) Who Are The Highest Paid Footballers In The World?

In 2019 the top 3 highest-paid athletes in the world were football players.

Number 1 was Lionel Messi with a total of $127 M earnings per year (combined of $92 M from salary and winnings + $35 M from endorsements).

Meanwhile, the third highest-paid athlete in the world was also a football player, Neymar with $150 M ($75 M in salary/winnings + $30 M from endorsements).

5) Who Are The Top Paid Football Managers?

The annual salary of football managers is getting higher and higher. In 2019 the highest-paid football manager was Atletico Madrid's Diego Simeone with £35.9 million per year.

Jurgen Klopp is fourth on the highest-paid manager list at £21.5 million while Tottenham Hotspur boss Jose Mourinho has a contract worth approximately £20.5 million.