Looking At The 10 Most Expensive Transfers In Championship History

What are the 10 highest transfers in Championship history? Our football expert looks at the most expensive players in England’s second tier 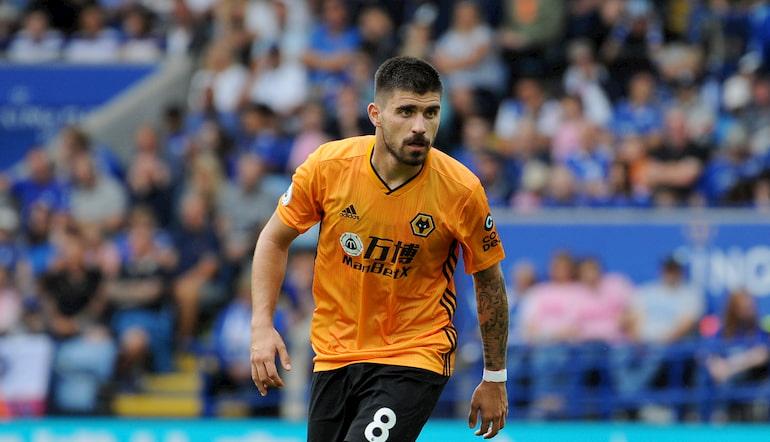 The Championship is widely regarded as the most competitive league in football. With each team playing 46 matches, it is a gruelling division that puts even the most gifted players to the test.

It’s common knowledge that the average Championship wage is significantly lower than the Premier League but transfer fees in England’s second tier have certainly increased in recent years.

Most of the players on this list have played in the Premier League. Others have failed to make it at the highest level of English football. However, they have made a successful career out of playing in the Championship.

Without further ado, it is time to get down to the most expensive players in Championship history. It will be no surprise to see a team break the transfer record in the coming years.

Newcastle were determined to secure promotion in the 2016/17 campaign and the Magpies moved quickly and effectively in the summer transfer window.

Dwight Gayle and Matt Ritchie moved to St. James’ Park, with both men playing a key role for Newcastle in their promotion campaign. In Ritchie’s case, it was £11 million well spent as he notched 12 goals and eight assists in an impressive campaign.

Aston Villa moved to sign Jonathan Kodjia in the summer of 2016 in a bid to bounce straight back up to the Premier League. The Ivory Coast forward was a huge hit in his first season at Villa Park, notching 19 goals in 36 league games.

Unfortunately, Kodjia’s form tailed off over the next couple of years though he managed to contribute nine goals in Villa’s successful promotion campaign via the playoffs.

Aston Villa paid an estimated £12 million to sign Scott Hogan back in 2017 but he has yet to justify that price tag during his time at Villa Park. In fact, he was been loaned out to three different clubs in the last 18 months.

Still a Villa player, Hogan has scored 10 goals in 61 matches for the club. After a reasonable campaign at Birmingham, he could regain his confidence ahead of the 2020/21 season.

Once regarded as one of the brightest prospects at Arsenal, Benik Afobe has developed into something of a football journeyman over the years. Prior to signing a permanent contract with Stoke City in 2019, Afobe had played for nine different clubs.

Unfortunately for Stoke, Afobe has scored just nine goals in 50 matches in all competitions. That is a hefty ‘price per goal’ figure seeing as the Potters paid £12 million for the striker.

Ross McCormack was a fantastic striker during his stints at Leeds United and Fulham – and his goal scoring exploits in west London were enough to convince Aston Villa to fork out £12 million to sign the Scotland forward in 2016.

His time at Villa Park was a major disappointment, with McCormack scoring just three goals in 24 appearances. He was released by the club in 2019 having spent most of his Villa career out on loan.

When Chinese investment group Fosun International bought Wolves in 2016, football fans across the country knew that there would be plenty of comings and goings at Molineux.

Helder Costa was one of the first players to join the club after the takeover. Initially on loan before joining on a permanent deal, Costa scored 19 goals in 109 appearances for Wolves during his time at the club.

Nottingham Forest moved to sign Joao Carvalho from Wolverhampton Wanderers in the summer of 2018 – a move that signalled Forest’s intent to challenge for Championship glory.

The Portugal under-21 midfielder cost Forest a hefty £13.2 million and it is fair to say that he hasn’t quite lived up to the hype at the City Ground, recording just five goals and nine assists in 61 Championship appearances.

Costa appears on this list for the second time – Leeds United made Wolves an offer they couldn’t refuse in the summer of 2019. The Portuguese moved to Elland Road on loan for a year with a four-year contract to be signed in July 2020.

While Rui Patricio, Ruben Neves and Joao Moutinho flourished at Wolves, Costa found himself out of favour but he has thrived since joining Leeds and should feature regularly in the Premier League.

Middlesbrough set their sights on Britt Assombalonga back in 2017, forking out an estimated £15 million to sign the striker from Nottingham Forest. Having scored 30 goals in 65 matches for Forest, Boro fans were expecting big things from their new striker.

Assombalonga notched 15 goals in his first season at the club and helped Boro reach the playoff semi-finals but the north east side have struggled in the last couple of years.

Technically gifted and a class above his peers, Ruben Neves is arguably the greatest player to grace the Championship - £15 million was a bargain. And that is not an exaggeration in any way, shape or form.

Neves was central to Wolves’ promotion campaign and he has held his own in the Premier League. A number of clubs have been linked with the midfielder and he could be set for another big move in the future.