888sport look at the biggest sponsors in English football - how many of these did you correctly predict? 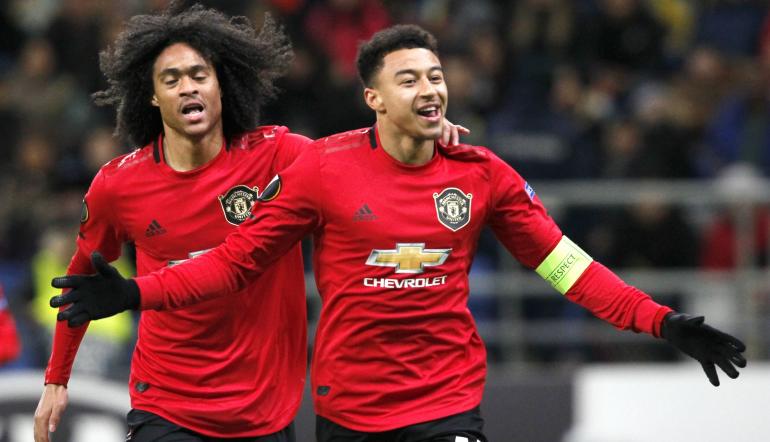 The money in English football has skyrocketed since the beginning of the Premier League.

Now by far the wealthiest league in the world, the biggest businesses on the planet are keen to be associated with the top flight of English football. It’s watched on every continent, the players are worldwide superstars – sponsorship inevitably follows.

As Premier League Odds has increased, so have shirt sponsorships. Deals that were previously considered enormous are the norm in 2019, clubs are generating previously unheard of sums of money for sporting a brand’s logo on the front of their jersey.

In fact, in the last season or two, sleeve sponsors have begun to creep into the game, too. Here are the biggest football sponsors (per year) in English football...

Manchester United’s difficult few years on the pitch haven’t dampened them off it. The club have been thriving financially in recent years, unveiling new sponsorship partners frequently.

The biggest deal of all was with General Motors, securing the club $80 million per season to have the Chevrolet logo on the front of their shirts. United also moved from Nike to Adidas, landing a world record deal with their new manufacturer.

Per Statista, Manchester City’s £45 million mark is good for the second in the Premier League.

Etihad Airways sponsor the club’s stadium and feature on the front of their shirts. Nexen Tire are the club’s sleeve sponsor and have been since the regulations allowed in 2017/18.

City’s spending under their current ownership has been well-publicised. It has brought the greatest period in the club’s history on the pitch, but it has also seen them become one of the highest revenue generating clubs in the world.

Roman Abramovich didn’t just want to win trophies at Chelsea. He wanted the west-London club to become a superclub, to grow the club in Asia and America.

Abramovich might not have made Chelsea the biggest club in the world, but they are in the top 10 or so most seasons when it comes to revenue.

Yokohama tyres succeeded Samsung in 2015, ending the Blues’ long-term partnership with the south Korean conglomerate. Alliance Tyres were Chelsea’s first ever sleeve sponsor a couple of years ago, but they have since been replaced by Hyundai.

The European Champions remained one of the wealthiest clubs in the world even during the difficult years between Rafa Benitez and Jurgen Klopp.

Success in the 1970s and 1980s has guaranteed Liverpool’s spot among Europe’s elite, and Klopp has brought football that warrants such a reputation.

Back in the Champions League and challenging for league titles, Liverpool are a brand businesses want to be associated with. The exposure is greater than ever. Standard Chartered are their current shirt sponsors, paying them handsomely.

The Arsene Wenger years saw Arsenal become a global superpower. While things have waned over the last decade or so, the Gunners remain one of the biggest clubs in the world.

Returning to the status of Champions League regulars is an important thing if they are to maintain that.

Fly Emirates the Gunners’ current shirt sponsor, and Adidas have taken over as kit manufacturers, producing a belting throwback away shirt for the 2019/20 season.

Tottenham, as a business at least, slightly lag behind the rest of the top six and this sponsor revenue list shows just that. Spurs are still catching up financially, looking to become as well-known across the globe as their top six rivals.

The current revenue reflects the work of Mauricio Pochettino, making them into a Champions League regular rather than a Europa League team that occasionally flirted with the top four. AIA have committed a lot of money to the current sponsorship.

Recent football betting moves have shown the transition of Spurs into a top four team.

The Irons have had their trials and tribulations with shirt sponsors. XL went into administration in 2008, forcing the club to remove the company’s logo from the front of their shirts.

Their sponsor until 2015, Alpari, also had their partnership with West Ham cut short as they entered liquidation. Bookmaker Betway took over from Alpari in 2015 and have been on the front of the claret and blue shirts ever since.

The Hammers might be seventh in sponsor revenue in the Premier League, but they’re a long way off the top six despite the ambitions of the two Davids.

Everton have been going through a turbulent few years. Farhad Moshiri’s investment is yet to improve results on the pitch, and football managers are being changed all-too frequently.

As established as any club in England’s top flight, however, they are a strong brand and slot eighth on this list.

The Toffees’ primary shirt sponsor is Sport Pesa, who have been on the front of the famous blue shirt since they took over from Chang Beer in 2017. Everton are also renowned for the Angry Birds patch on their sleeve.

Wolves were the Premier League story of 2018/19, securing a Europa League place. Nuno Espirito Santo looks set to guide the Midlands club on a long run in the competition, which will only see their stock rise around Europe.

Aided by a Portuguese revolution, Wolves are a fixture in the top half of the Premier League already.

Up to ninth on the sponsorship list, their main sponsor is ManBetX, who signed a new deal with the Molineux-based team in June 2019.

Since Southampton returned to the top flight for the 2012/13 season, the club has seen plenty of change.

Managers have come and gone, players have been sold at enormous profit, but they have – for the most part – been a solid Premier League side.

Chinese company LD Sports are their shirt sponsor, having taken over from Virgin Media at the start of the 2019/20 campaign. Saints currently have Virgin as a sleeve sponsor. Since advertising was allowed, Saints have had 10 different shirt sponsors.

Football Sponsors
About the Author
By
Sam Cox