Moving to Real Madrid: Dream Transfer Often Turns Out To Be A Nightmare

Gareth Bale is the obvious example but plenty of players have failed to cut it at Real Madrid - the dream transfer can quickly turn into a nightmare reality... 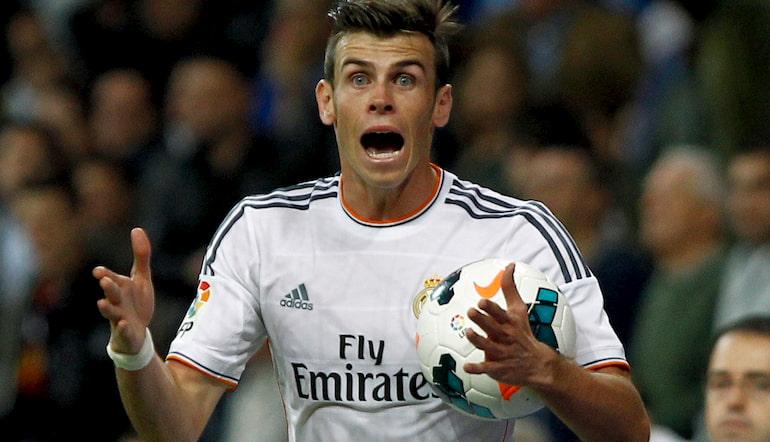 Playing for Real Madrid is a childhood dream for millions of football fans around the world. When Los Blancos come calling, few players turn them down.

They are the most successful European club team ever, and offer wages befitting of the stardom of pulling on the famous white shirt.

Arriving at the Santiago Bernabeu comes with adulation. There’s a ceremony featuring keepy-uppies and handshakes in front of a stand of fans.

It is meant to be the pinnacle of a footballer’s career, arriving on the greatest stage of all, a worldwide fan base watching your every move.

With such limelight comes immense pressure, a spotlight that is unrivalled even at other superclubs.

The standard to succeed at the Bernabeu is that much greater, and the footsteps a new player is following are that much more challenging.

For a superstar signing to be deemed a success in Madrid takes more than it does elsewhere – the Bernabeu faithful are the harshest critics on the planet, and they aren’t renowned for their patience.

Real Madrid betting odds reflect that expectation. This isn’t a club accustomed to going a few seasons without a title, and it seemed like a lifetime when they had to wait over a decade to win their 10th European Cup.

Many players and managers tried and failed between 2002 and 2014. Hunger to succeed is what makes a successful team into perennial winners. Real, from ownership to fan base, have that in bucket loads.

Their ambition is to always be the best team on the planet, to reign supreme over La Liga and keep their significant lead in the European Cup winners’ table.

Their pattern of recruitment to meet such aims has fluctuated over the years.

The first round of Galácticos was followed by a shrewder period before the Cristiano Ronaldo and Kaka signings marked another spell of big-name pursuing.

With Ronaldo gone and Gareth Bale likely on his way out, Madrid spent big last summer to finally sign Eden Hazard, and have since been linked with an array of Europe’s best including Paul Pogba, Erling Haaland and Kylian Mbappe.

Hazard’s move to Spain was long-awaited, but injuries and poor form saw his first season end in disappointment. At 29 years old, the Belgian winger may only have one or two peak seasons left.

His return of nine La Liga starts, one goal and one assist puts him under pressure to deliver and will already have some Real fans growing frustrated.

Players who moved earlier in their careers like Dutch duo Wesley Sneijder and Arjen Robben played two seasons apiece at the Bernabeu, but neither established themselves as key players.

It wasn’t the environment for younger talents to thrive in, and clearly wasn’t the best place for either to develop.

Sneijder quickly became one of the best players in the world when he moved to Inter, thriving in Jose Mourinho’s treble-winning side, and Robben enjoyed 10 great seasons with Bayern Munich.

Each of the aforementioned players have/had different relationships with the fans. Bale was obviously the least positive, despite delivering in one of the biggest derbies in world football.

A moment of El Clasico brilliance alone does not guarantee long-term adoration the Real fan base.

Joining Real often means a change in role. They have plucked star players from around the globe and thrown them together, meaning players who were previously the best on their team become role players.

It is the price players know they will have to pay for the transfer, and many will think they can excel even in a squad loaded with starpower.

Michael Owen went to Madrid as a Ballon d’Or winner, supposedly on course to be one of England’s greatest ever. Injuries had started to trouble Owen, however, and fitness issues paired with time on the bench saw his career stall in Madrid.

Owen’s injuries would have halted his career to a degree wherever he was playing, but the added pressure of the Bernabeu played a part.

The combination of time in the physio’s room and competition for places altered Owen’s career for the worse. Real Madrid vs Getafe results can be found on sports news websites...

The list goes beyond Bale, Sneijder, Robben and Owen. Kaka and James Rodriguez are two others that could be included.

Saying no to Real Madrid must be almost impossible, regardless of the pay rise on offer. The prestige of the club, what it means to be a success at the Bernabeu, is a lure too strong for the vast majority of footballers.

The club’s glamour is part of its pull, but that exaggerated profile is part of what makes it a career gamble.

Some of the best players of the 21st century have disappointed in Madrid, falling short of near-unachievable expectations or been crippled by injuries.

While winning over the Bernabeu support can elevate a player’s standing in the game, a troubled time in the Spanish capital can just as easily pull the handbrake on a star’s development or dampen their legacy.

Bale, perhaps, is the strangest example of all. He has scored crucial goals and been a key member of the squad during a very successful spell, but conflict with management and persistent injuries have cast a lengthy shadow over his time in Spain.

He never lived up to being Cristiano Ronaldo mark two – that doesn’t make him a failure.

Hopefully Bale’s years in Spain are reflected on more positively once he retires, once the dust settles on the magical moments and the peculiar public comments from the club fade into history.

For others, though, Real Madrid was a negative period of their career, even if they enjoyed success at every other club they went to.

Playing for Real is different. It’s a unique challenge of a player on and off the field. While it will always be a dream for many, it isn’t always the best option.

888sport offer football odds on all things Real Madrid, including betting options on who their next big signing could be.