888sport look at the 12 host cities ahead of Euro 2020 – which host stadium is your favourite? 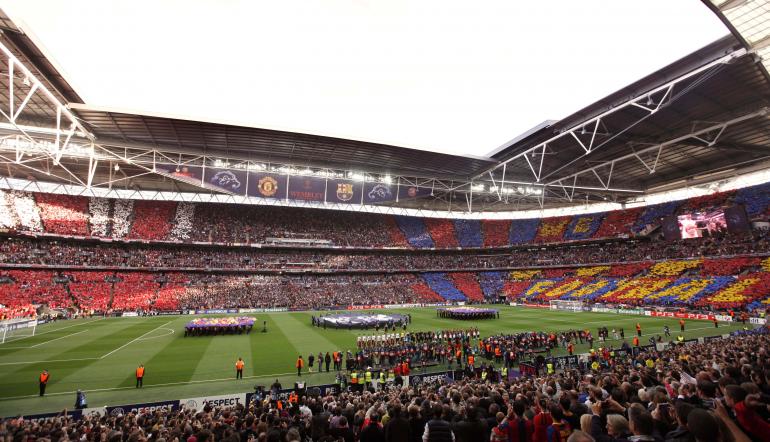 Euro 2020 is going to be a bit different to previous European Championships. For the first time in the competition’s illustrious history, the tournament will take place in 12 host cities across the continent. Fingers crossed the competition is a roaring success…

With the latest football betting odds now available ahead of Euro 2020, hype is starting to build for next summer’s tournament. Without further ado, let’s take a look at the 12 host stadiums set to feature at the 2020 European Championship.

The second oldest stadium in use at Euro 2020, the Stadio Olimpico is steeped in history. It has hosted two European Championship finals, four European Cup finals and the FIFA World Cup Final in 1990. Rome will be very popular with travelling fans at Euro 2020…

While facilities are arguably better at other stadiums, the Stadio Olimpico is deserving of an important role at Euro 2020. It will host the opening game of the tournament, as well as two more group games and a quarter-final.

Baku is developing into a hotspot for major sporting events. With Formula One landing in the Azerbaijan capital 2016 and elite football matches taking place since, it is a thriving city and the Olympic Stadium is well equipped to host Euro 2020 fixtures.

Having hosted the 2018/19 Europa League final, the Olympic Stadium is capable of holding a major event. There are complications for fans travelling to Azerbaijan but a double header in Baku and a final group game in Rome offers scope for Wales supporters to make the trip.

Home to Zenit St Petersburg, the Krestovsky Stadium is a breath-taking structure. With a full capacity of 56,000 supporters, the venue is designed to enhance raucous noise throughout the ground – which helps create an intense atmosphere for fans.

Arguably the best stadium in Russia, Zenit’s stadium will host three group stage matches as well as one of the quarter-finals. Keep up with the latest Krestovsky Stadium news and Euro 2020 odds via the 888sport blog ahead of next summer’s competition.

The smallest stadium in use at Euro 2020, Parken is home to FC Copenhagen. Winners of the Danish Superliga title in three of the last four years, Copenhagen’s home is used to on-field success.

The Denmark national team play most home games at Parken and there will be a fantastic atmosphere generated in all three group fixtures. With one last-16 game also slated to take place at the stadium, fans could be seeing a lot of Parken next summer.

Formerly known as the Amsterdam Arena, Ajax made the decision to pay tribute to the late Johan Cruyff by changing the stadium name in 2017. A real sight to behold, the stadium opened back in 1996 and it has been home to the Netherlands national team ever since.

Amsterdam is a hotspot for tourists anyway but it will be even busier during Euro 2020. The city is ideal for hosting a major football competition and Dutch supporters will be hoping to see their side advance to the latter stages of the tournament after a tough period.

Arguably the most visibly impressive stadium in use at Euro 2020, the Arena Nationala is an incredible venue. With state-of-the-art facilities throughout, the Bucharest arena certainly holds its own on this list of football stadiums.

Depending on the weather forecast, organisers can decide whether to open or close the roof. Like the Principality Stadium in Cardiff, this can help to intensify the atmosphere and we could see the likes of Ukraine and Austria thriving under pressure.

One of the biggest factors for hosting games at Wembley is access. Transport links to and from London are pretty reliable and Wembley is one of the most famous football stadiums in the world. Without a doubt, it deserves to take centre stage at Euro 2020.

Wembley will host seven matches at Euro 2020, including both semi-finals and the final on July 12th. As the biggest stadium involved at the tournament, it is easy to see why UEFA have decided to host the biggest matches at Wembley.

From the biggest stadium to the oldest, Hampden Park was first used back in 1903. Steeped in history and heritage, Scotland’s most prestigious stadium is often overlooked – with some tending to focus on Celtic Park and Ibrox.

As one of Britain's biggest football rivalries, the Old Firm is a major talking point in the city but focus will be on the international game next summer. Scotland can still qualify for Euro 2020 but at least Glasgow can host matches if the national team do fall short.

Bilbao will host all three of Spain’s group stage games and that bodes well for Luis Enrique’s side ahead of what could be a memorable tournament. The European Championship won’t be won or lost in those group games but the Bilbao crowd can help boost confidence.

Having opened in 2013, San Mames is relatively modern and fans can benefit from the sleek design and added touches throughout the stadium. Euro 2020 has focused primarily on fan experience above anything else and San Mames ticks plenty of boxes for supporters.

Dublin is a fantastic city to host live sport and football fans will receive a warm welcome from the locals. With a capacity of 50,000, the Aviva Stadium is one of the smaller stadiums involved in the tournament but an intense atmosphere is guaranteed.

The Republic of Ireland are involved in the Euro 2020 playoffs but fans on the other side of the Irish Sea will be hoping that their team can qualify for the finals. Imagine the scenes if Mick McCarthy’s side advance to next summer’s tournament.

A daunting football stadium at the best of times, the Allianz Arena is not the most forgiving of venues. It feels like the fans are sitting right on top of you and that intense atmosphere has helped Bayern Munich in tight matches over the years.

Those games against France and Portugal were always going to be tough but playing those two teams in Munich could give Germany the edge. Without a doubt, this is the ‘Group of Death’ at Euro 2020 and fans are eagerly anticipating a thrilling set of matches.

Hungary’s involvement as a host nation will give teams the chance to play in the brand new Puskas Arena. Built earlier this year, the stadium has a maximum capacity of 68,000 fans and it would rank highly if you decided to put the Euro 2020 venues in order.

With three group stage games and one round of 16 fixture in Budapest, the Puskas Arena will host four matches throughout the competition. Supporters will be looking forward to seeing just how impressive this football stadium really is…