Heskey believes there is no doubting Liverpool's status as the best team in the Premier League but can the Reds maintain their dominance going forward? 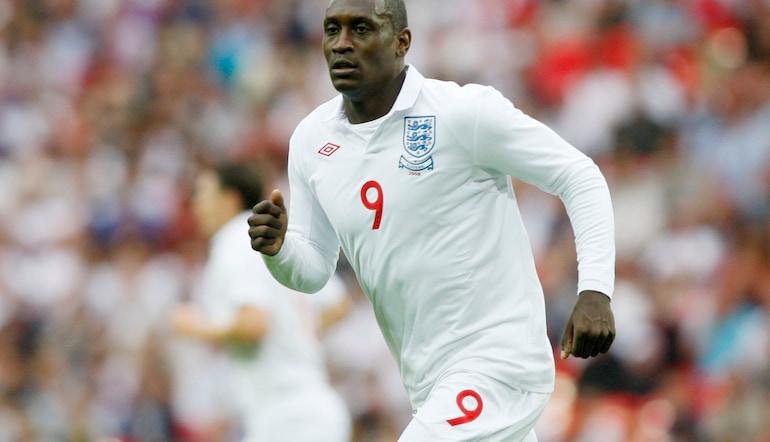 “They have slowly got to the point where they are the dominant force. They are the standard-bearers now. It was Manchester City for a while but now Liverpool has taken on that mantle.

"But with their forward line getting a year older can they carry on doing it at that level? That’s the question. So then your recruitment has to be special too.”

Or perhaps not, because emerging through the ranks at Anfield is a wealth of teenage talent in the form of Curtis Jones, Harvey Elliot and others; exciting young stars who have already shown their potential in first team cameos this year.

Their development, Heskey hopes, might not only save Liverpool a small fortune in the transfer market but strongly hints at continued success on the pitch for seasons to come.

“If you look at some of the youth players they have got, it’s their time to shine. They have seen it with Trent, who is basically the blueprint for that. I don’t see why the others can’t, and they will need to be stepping up.

"The squad is probably missing one or two players but overall it is set. Age-wise they are not too bad for the next year or so but you’d want to bring in a couple of younger players to freshen it up and to give some of the established players a challenge.”

Only six players have made more appearances in the Premier League than the affable, now-happily-retired 42-year-old, whose journey began at Leicester City, his hometown club.

It was on Merseyside however that his career went up a serious notch, gaining England caps by the plentiful and winning European and domestic honours.

With typical modesty Heskey is quick to credit his then-manager for the form that swiftly made him one of the most impactful strikers in the land.

“My relationship with Houllier was great and when people ask me who was the best manager I worked under I say it’s between him and Martin O’Neill.

"Martin gave me my first opportunity and made sure I played without fear and allowed me to do what I love and what I’m capable of doing. Gerard Houllier put a bit more structure to that. He was brilliant in that sense.”

Evidently, the French coach was impressive in other ways too, namely his introducing of good habits that are now considered the norm.

“He was probably ahead of his time because the things he was doing then, everyone is doing now. When it comes to nutrition and diet, he was doing that years ago and encouraging us but we weren’t mentally ‘there’ then.

"I know some older players who were there back then and they recognise now the things he was trying to get us to do but we were stuck in our ways. He was a bit before his time and if he were there now he would see even more results that what he got.”

Staying with the management theme, for his country Heskey played under six different managers, none more divisive than Fabio Capello, whose authoritarian ways have once again been scrutinized of late with a news story revealing that he once banned tomato ketchup from international meet-ups.

Heskey however has little tolerance for any team-mate who is now happy to use such extreme measures as a reason for England’s failings back then.

“I didn’t mind Capello’s style of management and a lot of the time it comes down to excuses. That’s my view. If you take butter away from someone and they let it eat them up then that’s their problem.

"It's true. That should not be a hindrance to going out there and performing. That’s your problem and it’s just excuses to moan about butter, ketchup or chips.

"He was a disciplinarian, he was strict, and he was very strong in how he spoke. Sometimes that can rub people up the wrong way.

"But to complain about butter….at the end of the day I grew up in an era when managers were in people’s faces. I was 16 when I was in changing rooms with the pros."

Liverpool are not the only club from the player’s C.V. to have enjoyed a sensational year.

Leicester too have exceeded all expectations by establishing themselves in the top four, playing a brand of fluid and confident football that bodes extremely well for their future.

When asked about how they have done this Heskey once again turns to the touchline for the answers.

“I just think Brendan Rodgers is a very good football coach and they have bought into his philosophy. He’s got a great philosophy that he implemented at Swansea, Liverpool and Celtic and it got him results.

"Now he’s doing the same at Leicester and he’s still getting good results. Now every player is being linked to so-called bigger clubs. That’s how you know how well he is doing.”

One such player of course who is currently acting as grist for the transfer rumour mill is James Maddison, with Manchester United reportedly keen to secure his services at the earliest opportunity.

Heskey though, thinks the attacking midfielder might be better off remaining in the Midlands for the time being.

“Maddison has to look at himself and found out where his pathway lies. He is still a young lad with many years ahead of him and a lot of learning still to do.

"Right now though I don’t see why he can’t stay for another two or three years. That will still only take him to 25.”

On the days when Maddison is absent from the back pages it’s always fair to assume that another Jack Grealish to Old Trafford story is there instead.

In this instance the ex-Villan believes that an imminent move might actually be on the cards. Follow our transfer betting odds to keep up with the latest developments...

“I don’t think Grealish needs to move but I think he wants to. He is going away with the England team and holding his own but he will still want to prove something, to know that he can do it week in, week out.

"Not just in a ten-day spell with the under 21s or training with the England full team. But week in, week out. And I know that he can. I played with him when I was at Villa and he was just 15 and he could hold himself then.

"With England he will have spoken to people and they will have told him what it’s like at the bigger clubs. 100%."