From famous football flop Freddy Adu to one of the Premier League's great failed wonderkids Federico Macheda, here are our top 10 failed footballers 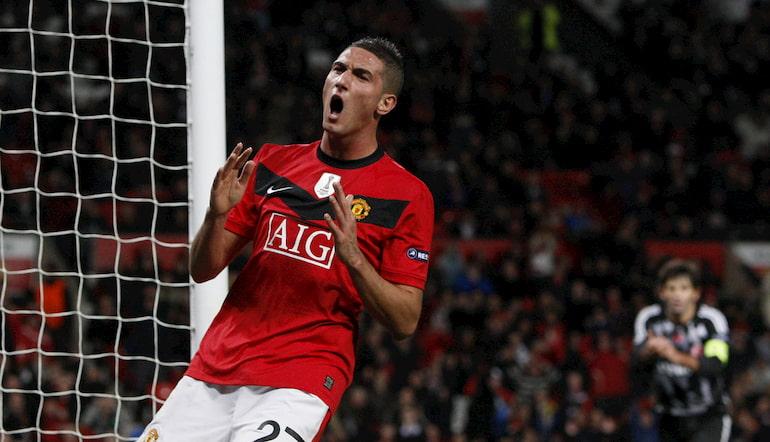 We all remember the teenage football sensations. Tipped for greatness before they were drinking age, viral videos and premature selections to national teams, the pressure ramps up in a way that only few can cope with.

Youngsters fly from talented child to a worldwide phenom in a matter of weeks, a celebrity with expectation of sporting brilliance.

These people are not always prepared for what comes with such acclaim, and in some cases, their talent is overblown.

As we compiled the 10 of the top failed wonderkids, there’s a mix of those who never featured in high-profile football betting odds and those who enjoyed a strong, if underwhelming, senior career.

The poster boy of failed wonderkids, Freddy Adu was hyped up as the ‘next Pele’ at just 14 years of age.

There was immense excitement when Adu became the youngest player in American sports history for DC United, but he scored just 11 goals in 87 matches.

Unsuccessful spells with Real Salt Lake, Benfica, Monaco and Philadelphia Union followed. Adu became a true journeyman, at the time of writing, he has played for 15 different clubs at the senior level.

Once tipped to become one of the best players in the world, to arrive and shatter Premier League records, Adu never came close to his supposedly lofty potential.

Hachim Mastour had captured the world’s attention as a teenager with AC Reggiana. The world’s biggest clubs pursued him.

He eventually joined Milan for half a million euros, and during a period of rebuilding for the Rossoneri, there were frequent calls for him to be thrown into the first team.

Clarence Seedorf called him up to the first team squad, but Mastour never made a senior appearance for Milan. A two-year loan to Malaga was cut short, and he couldn’t get minutes at PEC Zwolle.

A short stint with Greek side Lamia didn’t work out either – Mastour is plying his trade for Reggina in Serie B.

There are a lot of Englishman who fall into the category of failed footballers. Ravel Morrison, a player rated once rated higher at Manchester United than World Cup winner Paul Pogba, is a well-known recent example.

Morrison has been met by the predictable criticisms of a poor attitude. He’s had his fair share of misfortune too, and several of his career moves have not worked out as planned.

Chelsea got themselves a transfer ban, Gael Kakuta was handed a hefty fine and a four-month ban. The two parties attracted unwanted attention, but Chelsea were delighted to have the talented teenage Kakuta.

Praise from Michael Ballack and Carlo Ancelotti was as good as it got for Kakuta in west London. He made a total of 16 scoreless appearances for the Blues and had six loan spells, several of which did not go as planned.

A loan to Amiens helped rebuild his career in his late twenties, but on loan at Lens and 29 years old, it’s a case of what might have been for the Frenchman.

Chelsea’s homegrown talents often feature in betting odds in 2020. Kakuta’s career didn’t coincide with a good period to be a young player at Cobham.

A Serie A debut at 15 in 2002 set Valeri Bojinov up for big things. He appeared for Bulgaria at Euro 2004, and joined Fiorentina as a 19-year-old in 2005, but his career stuttered along from there.

Juventus and Manchester City both bought into his talent. Neither spell, through a mix of personality clashes and injuries, went anywhere substantial.

Since leaving City in 2010, Bojinov has traipsed around Europe. He currently plays for Levski Sofia after a short time with Pescara.

Coming through at Manchester City, Johnson was regarded as one of the best young midfielders in the world. The expectations were vast, and injuries limited Johnson’s development.

His story is the saddest in this article – Johnson was left suffering with depression when he was released by Manchester City at just 24 years old.

One of England’s great young talents retired from the game before his 25th birthday.

Barcelona were as excited by Bojan as they were by Lionel Messi. Bojan broke Messi’s record as the youngest player to appear for the Catalan club and scored 10 goals in a brilliant 2007-08 campaign.

Just a couple of years later, Barca didn’t see a future for Bojan. He went to Roma, Milan and Ajax without making a lasting impression before ending up at Stoke.

There were some great times in the Potteries, but injuries ultimately derailed his period in the west Midlands.

Loans to Mainz and Alaves didn’t work out – Bojan left Stoke for Montreal Impact in 2019.

He was the future of Milan as a teenager. Alexandre Pato was their first choice before he turned 20 and used his electric pace to humiliate defenders.

Pato was tabbed to be the long-term answer at number nine for Brazil.

That pace has faded as injuries have stacked up. A spell with Corinthians from 2013 to 2016 went about as badly as anyone could have feared. Returning to Europe with Chelsea and Villarreal did nothing for his career.

Into his thirties, Pato is without a club, and one can’t help but wonder if it’s the end of his playing days.

Ipswich had a knack for producing good young players in the late 1990s. Kieron Dyer was, by far, the best of the bunch. Premier League clubs were queuing up for his signature when he agreed to join Newcastle in 1999.

He made the step up to the top flight like it was nothing. Dyer’s combination of pace and direct dribbling made him a great player to watch. Barcelona and Manchester United were linked with a big-money move for Dyer not long after his move to Newcastle.

The Magpies rejected any advances, but injuries started to take grip of his career. The hamstring was particularly problematic, and it gradually reduced his pace.

After a difficult few years, Dyer joined West Ham in 2007, hoping to revive his career. A horrific broken leg less than a fortnight after his debut was another major setback and kept him sidelined for almost 18 months.

Injuries remained a problem on his return – he made just 35 appearances for West Ham over four seasons.

Macheda burst onto the scene with an injury-time winner for Manchester United against Aston Villa – a strike that proved crucial in the Premier League title race. At just 17 years old, Macheda looked destined to make it at the highest level of European football.

Another important goal followed away at Sunderland but it was all downhill from there. He suffered a number of niggling injuries that kept him out of the first team before heading out on various loan deals.

Eventually, he left Old Trafford on a permanent deal in 2014 and failed to inspire confidence during a two-year stint with Cardiff City.

Now, Macheda is playing for Greek Super League side Panathinaikos and has yet to earn his first cap for the Italy national team.

Failed Footballers
Football Wonderkids
About the Author
By
Sam Cox