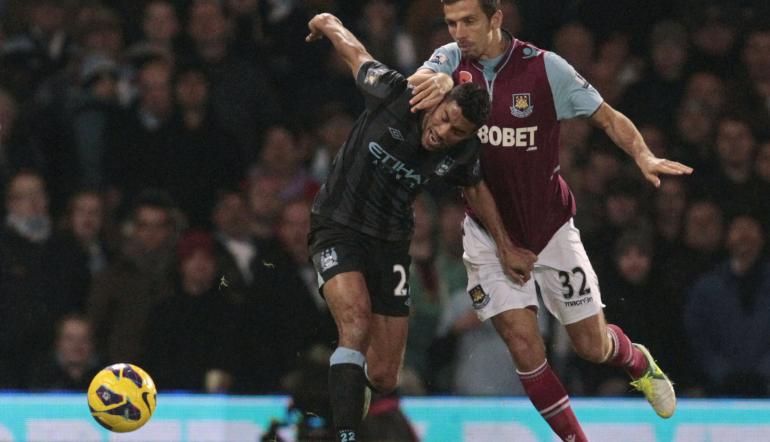 After a career spanning two decades Gary O’Neil is not ready to hang up his boots just yet, even at the ripe age of 36. “I still want to play,” he tells us. “I haven’t given up on that dream.”

It’s a dream that began as a 16-year-old at Portsmouth and took in a further eight clubs, experiencing a rollercoaster of promotions and relegations along the way.

Combative on the pitch but likeable and modest to a fault off it O’Neil was a firm fan-favourite wherever he went, an archetypal model pro who always gave everything to the cause. He did so on 490 occasions.

Here the box-to-box midfielder with the happy habit of popping up with a goal or two looks back on his life in the game and the clubs that formed him, starting with a city well and truly on the up but peering down.

After proving once again to be a lucky Play-Off Final omen, winning his third consecutive route to the top flight via Wembley, it was Norwich who gave O’Neil a last Premier League fling in 2015.

It is with a heavy reluctance then that he airs serious concerns about the adventurous football on display at Carrow Road at present, an attacking philosophy espoused by Daniel Farke that seems to be getting ruthlessly picked apart each and every week.

Ten matches in Norwich have shipped an average of 2.4 goals. Surely this can’t continue?

“If you are honestly not at the same level as the majority of other teams – which on paper applies to Norwich in the Premier League - then can you be open and expansive? Last year they could do that because they had some of the best players.

"But there comes a point where you have to think twice and accept that an opponent is better and if Norwich play open and expansive more times than not they will come out on the worst end of it.”

“Do they need to throw it all in the bin and be tight and direct and defensive? No, but it’s the manager’s responsibility to the club and to the fans to make sure they’re competitive while still sticking to their beliefs.

"Whether that is finding some tweaks or a halfway house, or changing it in certain games. At the moment it looks to me like they’re sticking to what they want to do rather than adjusting to the situation in front of them."

"It’s somewhere between commendable and naïve and I just fear if it carries on it will get closer to naive.”

If the team’s free-flowing approach to last term is increasingly coming unstuck in the big league the same can be said of its chief architect Emi Buendia.

Those who expected the twinkle-toed Argentine to light up the division with the same clever creativity that bamboozled the Championship have so far been left disappointed and O’Neil has a theory to explain the player’s underwhelming displays.

“I just wonder if Buendia has got the physicality – not size and strength but that extra bit of pace to get away from defenders. Because that’s what it takes now to cause a team problems in the Premier League.”

Hammers No Longer Nailing It

The Beckenham-born midfielder’s two years in East London saw promotion – again through the Play-Offs – before the Hammers re-established their Premier League credentials with a solid mid-table finish.

This year however, with a wealth of brilliant talent at Manuel Pellegrini’s disposal and with Manchester United and Tottenham struggling they were widely tipped as outside contenders to go one better and break into the coveted top six.

It was all going so well too, until a recent run of poor results has sent the Irons sliding down to tenth. For O’Neil this prompts a mild case of deju vu.

“When they have Anderson and Yarmalenko, Lanzini and Haller all on it they look really good going forward. They look so fluid, as if they’ve going to cause teams problems.

"But when they have a spell like this it feels like they’re going back to where they used to be, the team that finishes just behind where you want them to finish.”

“I really hope they do well because they’re a big club and they’re supported through thick and thin.

"The support we got in the Championship was huge and the fans dragged us over the line when we didn’t get to that automatic promotion spot. It was the fans who dragged us through the Play-Offs.”

If Buendia’s drop-off in form mirrors that of his team’s travails the same can be said in the case of Declan Rice’s decidedly ordinary performances of late.

Having been hyped as the ‘next big thing’ and capped by his country Rice has noticeably struggled to match his tremendous performances from last season but if this worries many a Hammer for O’Neil there is a silver lining.

“I just hope he stays at West Ham and it’s probably a blessing for them that he’s hitting a dip in form because when he was on cloud nine people were talking about Man United or as a replacement for Fernandinho at Man City.

On a positive note it means West Ham get to keep him for longer alongside Mark Noble who is an absolute legend. West Ham aren’t going to get relegated and they’re only going to push forward. He is in the England squad. So what a fantastic place to be.”

In 2007 a £5m switch to Teeside led to O’Neil becoming one of the first names on the team-sheet for present England boss Gareth Southgate.

But it’s a team-mate of his that is of particular interest with Jonathan Woodgate now residing in the Riverside du-out as Middlesbrough slip perilously down the Championship table.

“I think they need to give him more time. They’ve obviously decided that he is the man for them and even though he’s very young managerial-wise he did have the experience of working under Tony Pulis last year.

"I just think that clubs need to be very careful with always changing. There has obviously been a huge cut in the budget so Jonathan Woodgate is not working with the same budget others had in previous years and with that has come a drop-off in performances and points return.

"I hope that Middlesbrough give Woodgate longer.”

Inexperienced Woodgate may be but according to O’Neil the signs were always there that management beckoned.

“He was a leader in the dressing room and hugely respected. He was a fantastic player who’d had a fantastic career so you were drawn to him and respected that he’d played for Real Madrid.

"You could tell he was going to go on and manage: he was always studying things and talk intelligently about the games coming up. He always had a tactical view on them.”

Pompey And Their Premier Pomp

It was on the south coast where O’Neil first made his reputation as an all-action star, equally adept on the right as he was prowling the centre-circle.

So impressive were his breakthrough years there that he soon found himself captaining the England under 21s but staying with Pompey his seven seasons brought all manner of highs and low, most memorable of which was a combination of the two.

A disastrous campaign in 2005/06 saw Portsmouth written off in early March as relegation certainties.

That was until a miraculous recovery, largely due to a sprinkling of Harry Redknapp magic brought a series of unlikely wins meaning a result at Wigan on the penultimate game of the season would leave them safe.

“It was an intense final ten minutes but we managed to hold on then we had that spell with Harry and the staff in front of the Pompey away end waiting for the final whistle to go at St Andrews.

"We had a big celebration in the changing room then headed back to Portsmouth and everybody came back to my house.

"It was amazing and when you get to the stage I’m at now, wondering what comes next, those days are just priceless. You’d give anything to have more of those days.”

As unforgettable as that day was for the Fratton Park faithful they were rather hoping for an altogether more straightforward kind of celebration this time out: that of climbing out of League One.

After reaching the Play-Offs last May optimism was high for another run at promotion but instead fluctuating results have left them languishing in the lower half. Is a return to the Championship now out of the question?

“I’m sure Kenny will turn it around because he’s a good manager and he has a good squad.

"I don’t think the position they’re in now in the league is where they will finish but obviously time is of the essence and when the gap between them and the play-offs is getting as big as it is now they need to start clawing back the point difference.”

Bolton On The Brink

It says a lot about Gary O’Neil’s professionalism that at the age of 35 and in his final fling as a top level footballer he won his club’s Player of the Year last season. It says an awful lot more that this was achieved amidst a backdrop of a club in financial meltdown.

As Bolton Wanderers seemed destined to go to the wall their midfielder’s recollections of what it was like at the centre of it all is striking and shocking.

“It was just relentless. You got sick of it in the end. You’d arrive at training and get told there was going to be a meeting and this was three times a week, trying to discover what was going on and whether we would get paid.”

“It was just so hard and when relegation hit some of the lads thought what is the point now? We’re not getting paid. We’re getting hammered every week. It became so difficult for the gaffer.

"Obviously some of the players still wanted to show what they could do but others were just so sick of it. The fans did well to stick with us and they went through it too.

"They weren’t sure if their club was going to make it and you look at Bury up the road and you’re grateful that it turned out like it did.”