How Can Premier League Clubs Be Convinced To Take The FA Cup More Seriously?

Should Premier League clubs be placing greater emphasis on the FA Cup - how can they be convinced to take England's oldest club competition more seriously? Our football expert takes a look... 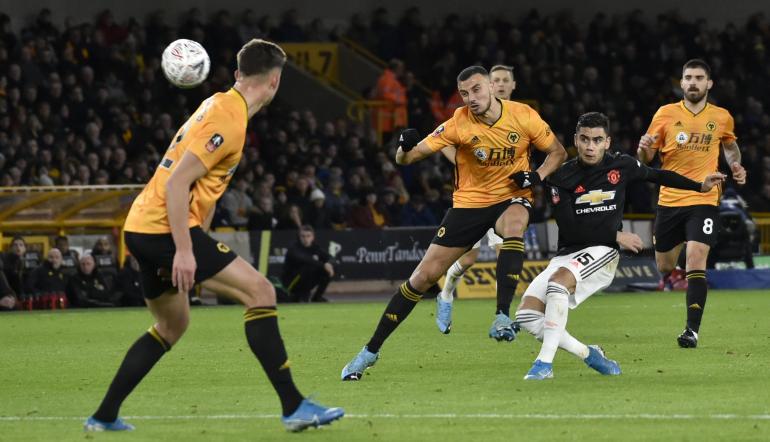 The Magic of the Cup is either alive and well or a misty-eyed memory depending on who you listen to. Each January, the criticism or applause of managers ripples around football media circles depending on how seriously they have taken the FA Cup.

Disrespecting the eldest cup competition in the world is a cardinal sin in some quarters. Others see rotation as a necessary evil. It provokes conversations about the future of the competition, whether it’s as good as it once was, and if changes need to be made.

A lot of clubs see the FA Cup Third Round as a chance to rotate, with some managers almost completely altering the XI as Jurgen Klopp did for the Merseyside derby on Sunday.

The top teams can usually afford it – wholesale changes carry a greater risk for others.

The 46-match Championship schedule tempts managers to tinker, as do the riches of the Premier League for clubs eyeing promotion or looking to evade relegation. Teams in European action have more glamorous fish to fry.

Concern about the competition isn’t a new thing. If anything, these conversations have become an FA Cup tradition, like interviews with previous cupset heroes and lower league teams being described by their part-time jobs.

Just as everyone has their favourite FA Cup tips, every fan of British football has a verdict on if the tournament needs fixing and how to do so.

The easiest way to pique interest is money. Football clubs are businesses, and their decisions are financially motivated more often than not.

With the billions in English football, it should be feasible to improve the monetary rewards for cup progress, but it isn’t something we can expect to see change notably any time soon.

It’s hard to envisage a world where the Premier League shares its wealth to enhance the FA Cup jackpot. Other incentives have been put forward over the years, though few have gained any traction.

The clamour for a top four spot – find the latest Champions League odds in 888’s sports betting – has led to a suggestion of rewarding a Champions League place for the winners. The result would see only the top three Premier League clubs playing in Europe’s elite competition.

The ‘big six’ aren’t the issue with the FA Cup. It’s the teams below them that need to be convinced to go for the competition rather than battle for that extra prize money associated with finishing a spot or two higher in the top flight.

The top six don’t have an FA Cup problem – only two non-top-six clubs (Wigan and Everton) have won the Cup since Wimbledon’s great final upset in 1988.

Awarding a Champions League spot, and the riches that come with that, might convince some teams to take it a bit more seriously, but it isn’t a realistic proposal at this juncture and would be unlikely to drastically change anything anyway.

If the eight or nine changes made by top six managers is a concern, there’s an obvious solution to that. English football doesn’t do enough to help its teams in Europe, often making the schedule trickier than it needs to be.

Limiting fixture congestion will make it easier for the top managers to play their best players in the cup – moving Premier League fixtures either side of European matches is a good start, and something most European leagues already do.

Arduous schedules are part of the problem for the rest of the Premier League and Championship, too.

The FA Cup Third Round falls just days after the Christmas and New Year period, when squads are put through a gruelling fortnight or so that often results in injuries and, if not, severe fatigue.

Changing the Third Round dates would help this, but such is the tradition of the competition, it isn’t going to go down well with everyone.

The timing of the Third Round just exaggerates the decisions managers have to make. Many Premier League managers were making major changes from match to match over the Christmas period – it shouldn’t be a shock when they do the same for the FA Cup.

The FA Cup is fighting for space on an already packed schedule, tussling with television companies squeezing matches in and more lucrative tournaments.

Replays are another layer that deter Premier League managers – the risk of an extra fixture without progressing is a nightmare in the mid-winter months. Again, though, will replays realistically be scrapped considering their financial importance to smaller clubs?

Seeding could be an option to make the competition more appealing to non-top-six clubs, giving them a better chance of a favourable run to the latter stages. It would take away the drama of the draw, however, and change the essence of the Cup.

There are no easy solutions, and no alterations that will please everyone. Keeping FA Cup third round shocks and luring Premier League managers to prioritise the competition is an almost impossible balancing act.

Tweaking the schedule should help. It will minimise the excuse of rest. To really change how the competition is viewed, though, the FA Cup has to find a way to rival the Premier League.

Money rules football. Without increased financial incentivisation, the FA Cup will remain an inconvenience for many Premier League clubs.