How Do You Define A Big Football Club?

What traits are required for a football team to be considered a 'big club'...? 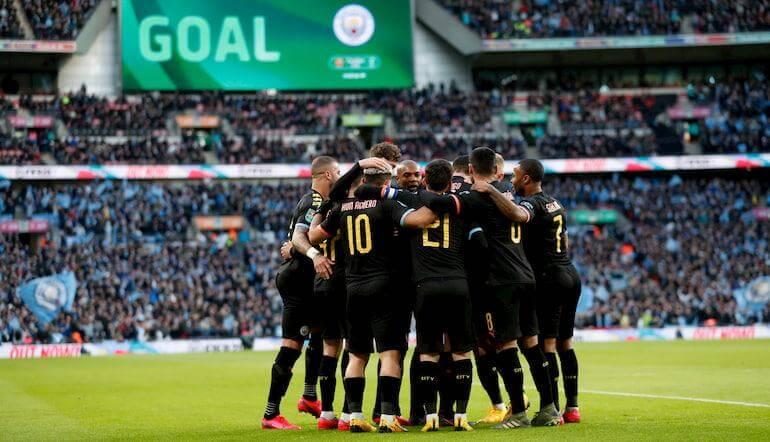 The ‘size’ of football clubs is the focal point of debates between fans. ‘Is X bigger than Y?’ Should this player move to Z because they’re bigger than his current club?’

It’s a pattern of discussion that is common among fans, but there’s seldom a clearcut definition for what a big football club is.

Subjective for the most part, it’s a conversation that can roll on indefinitely. Club size doesn’t have a clear metric, and it isn’t even judged by the same criteria.

Does a top spot in the football odds point towards being a big club? Or is the size of the club more about the past than the present?

History clearly plays a part in the reputation of a club. Past success elevates a club’s standing, but that doesn’t exist indefinitely.

Teams like Leeds, for instance, tick other ‘big club’ boxes, but it’s a long time since they have been challenging at the top of English football.

Those born in the mid-1990s and later will not remember Leeds as a force. Others who witnessed them challenge for titles in the late 1960s and early 1970s will have a very different view of the club, and are more likely to view them as a ‘sleeping giant’.

Huddersfield’s threepeat between the wars isn’t relevant in 2020, though Arsenal’s successes in the 1930s are part of a greater history of the club.

It was the bedrock for a team that has been a staple at the top of English football, running through to the only unbeaten season and 13 league titles.

Historical success, like everything in sport, needs context. A league title in the 1890s means less than a European Cup or two in the 1970s.

Nottingham Forest are a peculiar one in that sense.

With just one league title (fewer than Preston, Portsmouth and Derby), but two European Cups, they are often regarded as one of the biggest clubs in the country. Many would list them in their ‘ideal Premier League’.

Winning in the past matters to a degree. All the teams to have won a league title have a certain pedigree, even if it happened a century or so ago.

Those trophies in the cabinet cannot be taken away, and it clearly has an influence on how a club’s ‘size’ is perceived.

Home advantage can influence sports betting. The loyalty of support, and decibels generated, is an oft-used argument about the size of a club, too.

To use Leeds as an example again, the consistent support (home and away) clearly means something. What weight it holds about the size of a club is a different matter, however.

Equating great support to the size of a club can be misleading. While Leeds and Newcastle have been well-supported through tough times, it’s still a relatively small scale compared to the number of fans the biggest clubs have worldwide.

Even at venues like Elland Road, we’re dealing with tens of thousands rather than tens of millions for teams like Manchester United and Real Madrid.

Support is linked to past and current success (for the most part, anyway). Differentiating the two things when looking at how big a club is can be a murky issue.

The way Leeds and Newcastle have retained fans perhaps tells us more about the relationship they have with the club, how important it is to them, than the club’s overall size.

Keeping such a loyal, core fanbase should give a club a higher floor. Gate receipts will remain through even the darkest times, and the lure of playing at Elland Road or St James’ Park is a real factor for new signings.

In the modern game, though, matchday revenue is only a slither of total income, and local support is dwarfed by global television deals and vast sponsorship packages.

Being well-supported holds some weight when we’re looking at the size of a club, but that significance has dwindled as the sport has globalised.

Money is the clearest way to compare teams on ‘size’. Revenue tables show us which club is ‘biggest’ in a financial sense. While it might not be how a lot of fans want to resolve a debate about a club’s ‘size’, it’s certainly the most straight forward.

This view effectively wipes out teams that aren’t competing right now. History and local support are near-irrelevant compared to the revenues generated at the top of the game.

With the influence of TV money and sponsors, it is massively biased towards teams in the top flight too.

Very few would say Norwich or Brighton are bigger than Leeds or Forest, but their revenues are far greater just from being in the Premier League.

At the top of the sport, revenue would make Manchester United, Barcelona and Real Madrid the biggest clubs in the world. It works better as a metric for the biggest clubs, though it is heavily biased towards the Premier League.

Everton generated more revenue last season than AC Milan, for instance. West Ham have a higher club value than Milan and only slightly lower than Roma.

A lack of parity in the Premier League might create a ceiling for a lot of teams, but that doesn’t mean we should ignore current success.

Being good right now is worth something. It brings European football, wealth and better players, which all impact the size of a club.

For teams like Chelsea and Manchester City, however, it poses an interesting question.

City and Chelsea have been the most successful English teams in recent memory, but neither have historically been considered as ‘big’ as Manchester United, Liverpool or Arsenal.

While Chelsea and City are established at the top of British and European football, placing them in football’s club size hierarchy is challenging.

Chelsea, City, Leeds and Newcastle are great examples of how broad the debate is. The relevance of recent success, the current competitiveness of the team, is too often downplayed.

Club size doesn’t have to be a historic status, a closed group of highly regarded clubs. It is more fluid than that.

Winning silverware in decades past has an impact, but it’s nowhere near as important as what has happened in the last five or 10 years.

There’s a combination of factors that decide the size of a club, history, wealth and support ar all key.

The on-field product is ultimately what matters most, however, and that, for the short-term at least, tells us more than anything else.

Manchester City are enormous right now. Chelsea have established themselves at the top. Newcastle and Leeds might be bigger than some of their peers, but until they produce on the pitch, it’s little more than immaterial.