Is Jose Mourinho Finished At The Highest Level?

Jose Mourinho has been in decline for a number of years - can he still cut it at the top or is it time to give up on the Spurs boss? 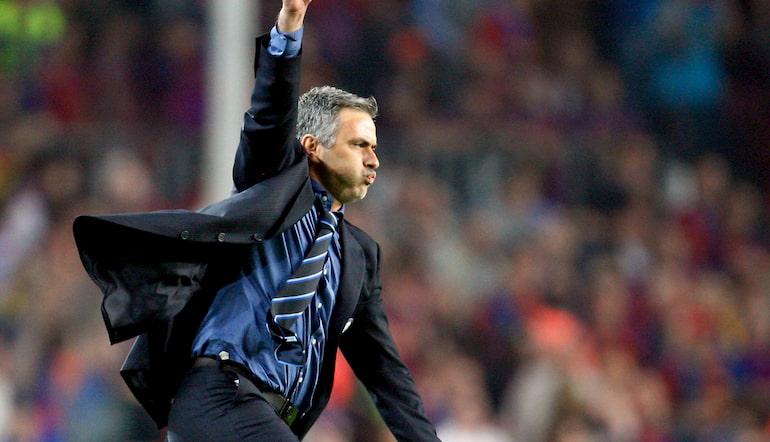 The arrival of Jose Mourinho used to be synonymous with a team becoming football betting favourites. The second act of Mourinho’s career has not been the same.

Following an historic Champions League win with Porto, Mourinho won Chelsea their first league title in half a century, developing a core of a team that went on to win everything there is to win.

A trip to Milan came next – Mourinho built a resolute team of veterans to secure another unlikely Champions League triumph. A European tour had always seemed probable for Mourinho, and it continued with the big one: Real Madrid.

His spell in the Spanish capital coincided with one of the greatest teams to play the game pulling on the blue and garnet of Barcelona.

Mourinho won a solitary league title in his spell in Spain, faced criticism from the press and had some challenging relationships with players.

Smiley on his return to Chelsea, Mourinho brought that trademark resilience back to west London, going close at his first, despite being outsiders in the Premier League outright odds, before lifting his third title as Blues manager.

The demise was, once again, ugly. He left Chelsea languishing in 16th in the top flight table.

Manchester United, a job he had been linked with throughout his career, was next. There were trophies, and a lot of expectation management, but Mourinho was seldom happy.

Public criticism of players was the standout of his spell, and something that has reappeared at Tottenham.

Mourinho was a friend to his players at Porto and Chelsea first time round. He was an arm-round-the-shoulder manager, and while still a provocateur of opponents, he had a distinct charm.

The football was often turgid, but Mourinho was box office, and his players loved him.

The teams were not perfect tactically (if any team is), and the Champions League failings at Chelsea were brutal. There was no question about which manager you would take to win a one-off match, though.

Mourinho was the master of mind games and outmanoeuvring his opponent, which continued through his decorated spell at Inter.

Pressure is higher at Real Madrid than any other club in the world.

It took its toll on Mourinho, despite his side rattling in the goals and playing some thrilling counter-attacking football, he was a different man, and as a by-product a different manager, after his time in Spain.

The second spell at Chelsea saw the honeymoon happiness end earlier than the first. The early, cheery Mourinho was barely seen at Manchester United.

There has always been a sense that appointing Mourinho is an investment in short-term gain with the knowledge there could be longer-term pain as a result. He’s always been a win-right-this-second football manager.

Short-term gain was fine when he won league titles. The period of gain has shrunk to the point that clubs are getting third season Mourinho in his first campaign.

Although a ferocious competitor who will win at all costs, there was no question he was enjoying himself in the 2000s. Since then, though, his competitiveness has transitioned all too often to spite, ruining relationships with players and directors swiftly.

The on-field product that once seemed pragmatic now seems like over-the-top negativity, a desire to avoid defeat overshadowing any plan to win.

Moving from club to club, with the reputation as the guarantee of success, brings incomprehensible pressure. It’s pressure that few on the planet can understand.

The drama, the sheer Mourinho-ness, of Jose’s career must have been exhausting, even for a man that seemed to thrive in the spotlight.

Once unbeatable in the biggest matches, Mourinho’s presence on the touchline has the near-opposite impact in Premier League betting.

Maybe it would be different if he had the best squad in the league once again, maybe he would start to enjoy it again. Maybe his teams would be set up differently.

For now, though, the results Mourinho achieves do not put him among the best in the world.

Mourinho’s highest level was so high, it’s no insult to say that’s now unattainable. The peak performances of his teams are tumbling, and the enjoyable period at the start of his tenures is shortening.

The charismatic, motivating force of the early 2000s is long gone. Mourinho remains a modern great, with a barely rivalled CV, but his time at the very top of the sport has passed.

Reputation alone will likely see him pick up high-profile jobs as long as he desires, though there are often better options available.

He’s a different character from the peak of managerial powers. His tactics are bordering on anachronistic. There has been a clear path of progression for much of Mourinho’s managerial career – that is no longer the case.

Nobody knows what the next step will be, but it’s unlikely to be at a Champions League challenging a club. Perhaps it’s time for a move to international football.