Mario Melchiot EXCLUSIVE: 'Out Of This World' Ziyech Will Light Up The Premier League! 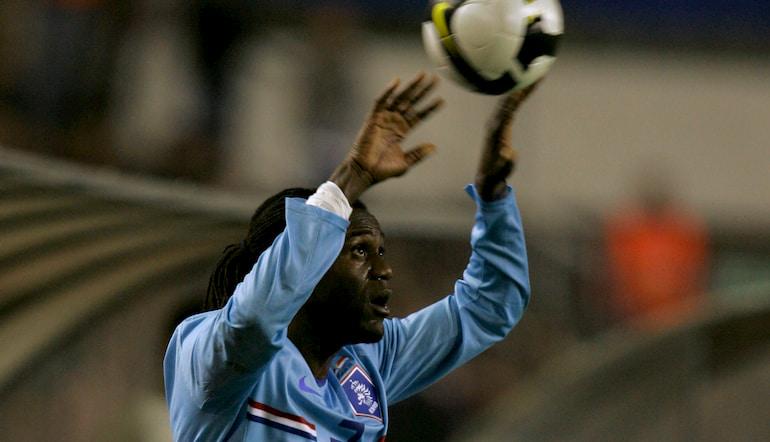 Former Chelsea and Holland defender Mario Melchiot insists the Blues’ new signing Hakim Ziyech has what it takes to be a Premier League sensation next season.

“Tactically you learn a lot in Holland but I think character-wise Ziyech will learn a lot when he comes to England. But I don’t worry about him or his character because he already had to survive by himself to get where he is today.

"He went to Ajax and had to stand his ground there to make it. He managed to win over everybody and they saw a footballer that was from a different planet and they had to give him credit.”

Though he soon became a firm fan favourite at the Bridge, Melchiot knows all too well the difficulties that must be overcome when moving from the Dutch giant to Chelsea, having made the same switch in 1999.

Namely, it is about handling the relentlessness of fixtures.

“If he gets into Frank’s team and plays the games I expect him to then I don’t see any problems because he has the ability.

"The only worry is that with English teams the games come back-to-back and you need the right character because this is another level. Frank will have looked at a few players and wondered if they can handle this. Ziyech can.”

Mention of the boss brings us to Melchiot’s ex-team mate, who has greatly impressed him since taking on the reins last summer, particularly in his shrewd recruitment of back-room staff.

“Sometimes people play it down but for Frank Lampard to step up from managing Derby to such a big team as Chelsea you need to stay calm and build the right team around you.

"He took his time and made sure he brought in those who know the things that he doesn’t know.”

Having spent five years in West London – winning the FA Cup in the process – the 43-year-old is well placed to offer valuable insight into all things Chelsea and this is especially true when it comes to the right-back position he made his own as the Blues established themselves in the 2000s as a force to be reckoned with.

With teenager Reece James emerging as a huge prospect could he become England’s first choice in that role for years to come under some extremely tough competition?

“When you talk about Alexander-Arnold I’m excited about him and the way he plays. He switches the play really comfortably. Wan-Bissaka is more defensive.

"But Reece James has the ability, he has the strength, he has the speed to keep up with people, and he knows how to work it.

"There are still a couple of things he needs to add to his game but if he can become a regular with Chelsea he can compete with those two guys and why wouldn’t he want to do that? That’s why we play football – to compete with the best.”

If the highly promising James is set to nail down the right-back berth for the foreseeable future what of the other flank?

Rumours abound that Chelsea are keen to address a long-standing weakness on the left by making a mega-money bid for Leicester’s Ben Chilwell and though Melchiot is a clear admirer he remains unsure if the England international is the finished article at this stage.

“He is very talented, very gifted, but what Chilwell is going through now is what all the best full-backs go through. It’s the same with Alexander-Arnold. People know they can deliver a ball when the time is right so what are they going to test you on?

"They are going to test you defensively. That is what both players are experiencing. With Wan-Bissaka, it is his attacking moves. Can he deliver the same as what he does defensively?

“So all these full-backs for England…yes, you guys have some great choices to make and Chilwell is one of them. He is an exciting player and that’s why it is normal that Chelsea are looking at him.”

Whether the Foxes full-back heads south or not Chelsea are supremely well furnished at present with young English talent, a direct result of boasting one of the most enviable academies in the country.

From these prospects it is Mason Mount who stands out for Melchiot as the one to watch.

“Mount is doing well but he’s going to get a lot of competition from people coming in. I like him because he is very smart. Football now is played between the two lines and when you’re attacking that is between the defensive line and the midfield line.

"That is where you can pick up the ball and when I look at Mason Mount he is very clever and knows when to drop short and when to ask for the ball to be long.”

It is at the back though where the affable pundit is naturally drawn to, with one player especially held in high esteem - he certainly gives Chelsea a lift in the football betting odds.

Antonio Rudiger has cemented a place in all Chelsea supporters’ hearts in recent seasons with a string of committed, no-nonsense displays and Melchiot believes he is precisely the warrior-type that Lampard should build his new-look team around.

Assuming that is, the perfect partner is found to compliment him.

“Rudiger has experience and has played at a great international level. He has a good standing at Chelsea and I like him as a player. He’s doing really well. He is very strong and came back well from his injury when others had a chance to take his place.

"The next step now is to build a side around him but it’s important to find a centre-back partner who is not like him. They can’t play the same way.”

“They have to find someone who has the ability to defend but doesn’t defend like him. The two guys in the middle of the park should never be identical.

"Both should be strong sure, but maybe a guy who is on a different scale technically whereas Rudiger is a guy who says ‘don’t mess around with me’.”

Chelsea return to action next week entrenched in a battle to secure a Champions League qualification spot with just five points separating fourth from seventh.

With Chelsea currently sitting top of that mini-league how does the ex-Birmingham and Wigan star see the remaining nine games playing out?

“It was always going to be an exciting race and now it depends on how teams kick-off.

"I expect Chelsea to start again just as well as everybody else but it’s like at the beginning of a season when you see smaller teams who don’t have an advantage financially: they tend to start off well.

"So that is the only thing I’m a little bit worried about but away from that I don’t see Chelsea having a problem because the Champions League is a must.”

These days top four is the barest minimum for the Blues but when Mario Melchiot bossed the right hand side of the Stamford Bridge pitch they were just beginning to emerge as a presence among the elite.

Back then winning the FA Cup – as they did in 2000 – was a special achievement indeed and the player’s recollection of that day is wholly endearing.

“My favourite memory is the Prince of Wales giving us a handshake and then you go on the field and then you win! That’s the best thing ever. As a child you have a picture in your head and you try to achieve that.

"So you play in Holland and you have a picture in your head to go on and play for Ajax. Then you become a Ajax first team player.

“Always make your dreams bigger than what you think is possible. That was one example. It was way bigger than I thought.”