It will be interesting to see how Chelsea act in the transfer window following the end of their recent ban... 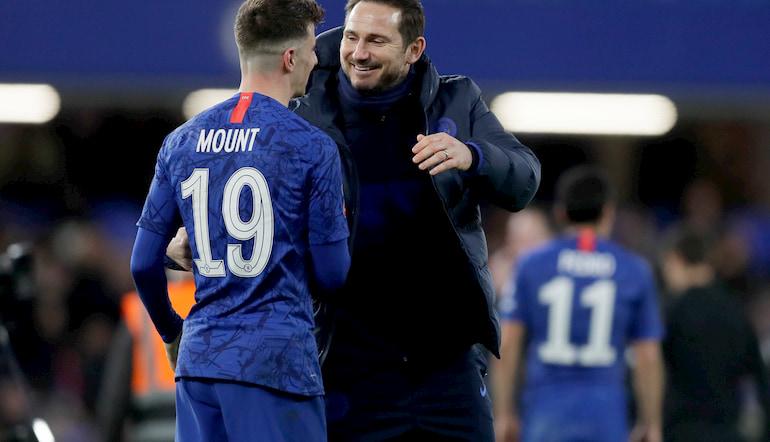 Sitting fourth in the Premier League, Chelsea’s first season under the guidance of Frank Lampard has been a positive one.

There have been concerns too, as you’d expect for a team that has won under 50% of its league matches.

The defence is vulnerable, particularly from set pieces, and they can slip into safe possession comparable to Maurizio Sarri’s football rather than the risk-taking football of the early days of Lampard.

The transfer ban, which was lifted for the January window, gave Lampard an insurance policy. It was a good time to take over for an inexperienced manager, a season with the license to experiment and discover what players could do.

The pressure increased once the ban was lifted, and Lampard showed public frustration at there being no new signings in January - though Hakim Ziyech’s summer arrival, the biggest Chelsea news of the season, was confirmed soon after the window shut.

Chelsea are back to being mentioned in transfer rumours every day. Alex Telles, Ben Chilwell and Jadon Sancho have often been linked.

Timo Werner has popped up on the odd occasion too. It’s extremely unlikely that Ziyech is the only arrival this summer - or whenever the next transfer window opens.

What is an opportunity to increase the ceiling of this squad also presents peril.

Chelsea’s transfer dealings have been patchy over the last few seasons, and in the entire Roman Abramovich era, the club has favoured deals for experience even when they have young players who could take a role.

Such decisions have halted development and spelled the end for several Chelsea careers. Though perhaps it was simply that those players aren’t as good as this group.

The minutes they have accumulated this season should help their respective causes, but it would be no surprise if some of the younger Chelsea players are trepidatious about the next transfer window.

Ziyech, while a replacement for Willian and/or Pedro, takes minutes away from Christian Pulisic and Hudson-Odoi.

Would a new centre-back push Tomori further down the pecking order? Could a player of Werner’s standing force Abraham to look elsewhere?

There’s a daunting balancing act, a tightrope to walk, between adding proven talent to improve the squad and undoing the near-revolutionary work Lampard has done this season.

Chelsea have prioritised young players more than they have in recent decades.

While Lampard still had to favour Abraham over Olivier Giroud, Hudson-Odoi over Pedro and Mount over Ross Barkley, there’s no question that the transfer ban played an important role in the club’s approach this season.

The ability to spend freely once again will be an examination of how committed Chelsea are to building around academy products.

The competition for places even among Chelsea’s homegrown talents already presents testing circumstances for some up and coming players.

Tariq Lamptey departed in January, his progression at the club blocked by Reece James. Ethan Ampadu is set to return this summer without an obvious place in the squad.

A former Chelsea youngster, Jeremie Boga, could be back in London before long. A buyback clause in his contract looks particularly appealing given his performances at Sassuolo.

Even if Chelsea miss out on Sancho, that would leave three players competing for the left wing spot if Ziyech starts every match on the right.

Left-back and backup striker are the two neediest positions. Telles, who turns 28 in December, fits the bill. His age could be a concern for a marauding full-back, however. Chelsea might be paying a lot of money for only one or two peak seasons.

Maybe a similar case could be made for Ziyech, who celebrated his 27th in March.

On the other hand, it can easily be argued their experience at the top level is a necessity around what could be a very young Chelsea squad next season.

Chelsea could make more signings along the lines of the Pulisic deal, adding pre-peak players on the same timeline as their homegrown core.

Or, as the Ziyech deal perhaps suggests, they can acquire proven players to make the team as strong as possible in the next one or two seasons, but who are unlikely to be key players in five years’ time.

The lifting of the transfer ban was a requirement for Chelsea to become a team that competes for league and Champions League titles.

It presents a challenge too, a challenge of not just spending for the sake of it (which Chelsea have been guilty of in the past), but investing sensibly in the right areas of the squad.

Lampard’s first few months in the job have illustrated the depth of young talent at Cobham.

A lot of gaps in the squad can be plugged by academy products, as Billy Gilmour showed a few weeks ago. Signing the 2020s equivalent of Danny Drinkwater would have halted Gilmour’s progression.

There are other spots, like left-back, that need investment. There’s no Reece James ready to step in.

Again, though, picking up a player like Emerson Palmieri or Davide Zappacosta, while cheaper than Alex Telles or Ben Chilwell, wouldn’t be a transfer window success.

Chelsea are in a fortunate position. They have the skeleton of a very good team with a group of players that should be improving through the next decade. Translating a promising squad into a seriously competitive one requires focused investment.

Quality, not quantity, of signings is the priority – the board and ownership should be willing to spend extra on players who will immediately improve the starting XI.

Saving money is not as important when only two or three players are required and settling for the third or fourth option on the market – as they have done in the past – will undermine the strong foundations the academy and Lampard have built.

Chelsea are expected to spend big in the next transfer window.

Doing so without blocking the path for their younger players is critical for the team’s long-term future. Buying players for the purpose of depth could derail the youth-first approach.

How the Blues approach recruitment will have a big difference with how people bet on the Premier League.