Andrey Arshavin EXCLUSIVE Interview: Misfit Ozil’s Time At The Emirates Is Coming To An End

EXCLUSIVE interview with former Arsenal forward Andrey Arshavin - scroll down to find out the Russian's thoughts on his old club... 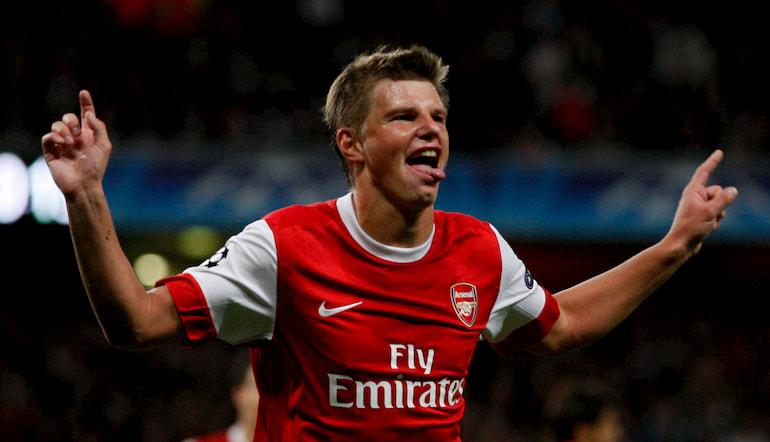 Former Arsenal playmaker Andrey Arshavin believes that Mesut Ozil will soon be surplus to requirements at the Emirates, despite the recent faith shown in him by Mikel Arteta.

“As a player of course I respect him. Mesut is a world class player. But for me personally, he slows down the game. I would prefer to use another player.

"Mikel, as we can see, is the opposite and plays him a lot. He has improved his game at Arsenal but still in the future, I do not see him there.

He also does not shoot enough. He always looks to pass and that makes it simple for the defence.”

When speaking exclusively to 888sport, the 38-year-old, known as ‘Little Magician’ during his time in North London, enjoyed reminiscing about his eventful spell in the Premier League that saw him score 23 times in 105 appearances, all the while delighting crowds with his sorcery.

First, though, he was happy to cast a knowledgeable eye on the current squad and if the inconsistent German is not to his liking Nicolas Pepe certainly seems to be.

“Pepe is a very talented player. He is very quick and a good finisher. Already he has done well in part: maybe not as much as he could but I see the potential and he will become one of the biggest stars in the Premier League. He will be huge.”

The emerging Brazilian sensation Gabriel Martinelli also draws high praise – “I see a big future for him” – but when the team as a whole is assessed Arshavin grows frustrated, at a problem that existed back in his playing days and continues to this very day.

“For me, Arsenal’s squad is not balanced. Offensively-wise they are very good and in attack, they play very pretty football. It’s good to watch.

"But defensively – even in my period – Arsenal is weak. Sometimes that is down to injuries and sometimes they don’t have enough experience but I don’t know why this doesn’t change.”

It is a long-standing issue that the recently installed Arteta will be determined to address once football resumes and the world is righted again from its present, unprecedented concerns.

When that day comes Arshavin is confident his former team-mate will prove to be a managerial success.

“Regarding Arteta, it was a good choice because he has spent time at Arsenal and knows the club well. He worked next to Arsene and can take good experience from him.

He also has the respect of the club and players. And since he has taken over at Arsenal they have changed: not too much but in a good way.”

Was it always obvious that the Spaniard would seek out the dug-out once his boots were hung up?

“At that time I did not really think about this but when I go back to that time for a short period he became a captain and shown capabilities to lead and manage the people.

"He would also always discuss how we need to play, at half-time and after the game. This showed his vision on the game.”

The former midfielder, of course, has some big shoes to fill in the Emirates technical area, with much of his career in England shaped by a coaching legend whose presence still looms large at the club.

With Arshavin similarly benefitting from the sage guidance of Arsene Wenger where would he rank Le Professeur among the greats?

“Big respect to Arsene Wenger. For me, he was one of the best. But under the two Dutch guys for Russia - Guus Hiddink and Dick Advocaat - I played my best performances so for me personally they were a little bit better.

"Of course, I was lucky that I worked under Arsene.”

The Leningrad-born schemer joined Arsenal from Zenit in the January transfer window of 2009 and he initially struggled to adapt to the faster pace and greater physicality.

It wasn’t long however before his twinkling footwork and shrewd eye for a pass began to make their mark and just three short months later his one-man show at Anfield brought widespread acclaim as Arshavin scored all of his side’s goals in an unforgettable 4-4 draw.

How did it feel at the time to have achieved such a feat?

“I remember now that I was exhausted after the game. I was empty. I was happy and when you score four goals that is normal.

"I’m proud that nobody has done it since (at Anfield) but I did it. It makes those four goals special. I’m sure one day one guy will repeat it again.

"I don’t think it would be possible to do it in this moment though. Liverpool play unbelievable football and if not for the current situation they would be champions for sure.”

Yet for all of the good and occasionally great moments the player experienced on our shores, it was ultimately within a team that always knocked on the door of success but never walked through it.

In his five seasons here the Gunners reached the semi-final of the Champions League and alternated each season in finishing third and fourth in the league. For a squad packed with such outstanding talent could it be said that they under-achieved?

“My only regret is that I didn’t win trophies with Arsenal. Especially that League Cup final against Birmingham who were relegated soon after. Even that final we lost.

The problem was that every year we would lose players. First Samir Nasri, then Cesc (Fabregas), then Robin van Persie. If we could have kept that squad for two or three years it would have been different, I guess.”

Now retired the likable star has watched on like the rest of us, aghast and distressed at the current state of the world.

And when asked about what football’s role will be, as nations convalesce from this troubling time his words are as direct and effective as one of his through-balls.

“I hope football will unite people and football must do that. It has in the past. We must enjoy the time after this, a real tough time.”