Our football expert picks his 10 favourite Premier League defenders – do you agree with his selections? 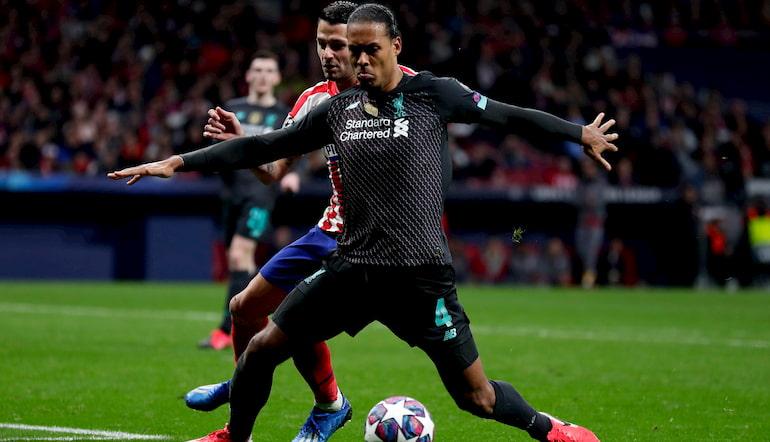 The defender position is one of the toughest in football.

You can go from hero to zero in a split second and the Premier League is one of the hardest leagues in the world for defensive players.

Football betting odds can change in the blink of an eye because of defenders; whether that is down to a last-ditch tackle or thunderous header from a set piece.

Without a shadow of a doubt, the best defenders are invaluable to success at the highest level.

Some of the greatest ever defenders have made a living in England’s top flight.

The likes of Rio Ferdinand, Nemanja Vidic and John Terry are amongst the best of all-time and there are one or two current stars who could enter that discussion.

Without further ado, it is time to look at the top 10 defenders in the Premier League.

Gomez’s inclusion may raise a few eyebrows but it is no more than he deserves after an incredible 2019/20 campaign.

Sneaking into our top Premier League defender rankings, Gomez made the centre-back spot next to Van Dijk his own last season and he is a pivotal figure for Liverpool.

Early Premier League Odds odds have Manchester City as favourites to win the title this campaign but Gomez can help Liverpool to retain their crown.

Liverpool fans have praised Gomez for his improvement over the last 12 months and it would be a huge surprise if Jurgen Klopp breaks up the Gomez-Van Dijk partnership going forward.

Alderweireld has ranked as one of the best Premier League defenders for the last few years and the Belgium defender continues to hold his own in this esteemed company.

While Tottenham weren’t quite as reliable last season as they have been in other seasons, Alderweireld remains the one standout performer at the heart of the defence.

The former Atletico Madrid man is your stereotypical Jose Mourinho defender and he is likely to be one of the first names on the teamsheet during the Portuguese’s reign.

You don’t need to look at Premier League predictions to determine that Alderweireld isn’t a top five centre-back anymore but he is well worth a spot in the top 10 rankings.

While he certainly has his critics, Maguire deserves a spot on this list. In terms of leadership qualities and being comfortable on the ball, he is up there with the best of them.

The Manchester United captain has yet to fully justify his £80 million price tag but Maguire has certainly helped to steady the ship at Old Trafford this season.

The Red Devils are shorter in the outright winner odds than at this stage last season and that is largely down to Maguire’s impact and influence at the back.

With the right centre-back partner, Maguire could take his game to the next level in 2020/21. Watch this space…

The first of two Leicester players, Pereira was a revelation in the 2019/20 Premier League campaign. With three goals in 27 games, he is just as important going forward as he is defensively.

Football fans across the country have claimed that Pereira is the most underrated player in English football and you could make a viable argument for that view.

Pereira missed the end of last season through injury and his absence was clear for all to see as Leicester dropped out of the top four.

With the Foxes full-back nearing full fitness, Pereira can shine at the King Power Stadium this season and he is one to watch in 888 tips ahead of Leicester matches.

Another potential surprise inclusion on this list, Soyuncu has taken to the Premier League like a duck to water since joining Leicester City back in 2018.

The Turkey star has flourished since taking over from Maguire and many Leicester fans agree that Soyuncu is actually a more reliable centre-back option.

While the Foxes narrowly missed out on Champions League qualification, Soyuncu can help Brendan Rodgers’ side challenge again in 2020/21 and they are worth a look in top four betting odds.

Linked with Barcelona in the summer transfer window, Soyuncu’s stock is rising but it looks like he will stay at Leicester for the time being.

A huge hit since moving to Old Trafford, Wan-Bissaka is widely regarded as the Premier League’s top right-back when it comes to defending.

Admittedly, he could offer more going forward but purists would argue that Wan-Bissaka’s job is to defend and he does that exceptionally well.

Without a shadow of a doubt, Wan-Bissaka has given Manchester United a reliable option at the position and his impact and influence has been clear for all to see.

Wan-Bissaka is good enough to start for England but unfortunately for him, he is up against Alexander-Arnold. However, he is a close second in the England right-back stakes.

Quite possibly the top left back in world football, Robertson has played a pivotal role for Liverpool since joining the club from Hull City in 2017.

The Scotland international is arguably the most consistent player in this Liverpool side – he rarely has a bad game and he always gives 110%.

Robertson was an absolute shoo-in to feature in our 888sport Team of the Season and the Liverpool faithful love his attitude, both on and off the pitch.

While the Reds have moved to sign Kostas Tsimikas from Olympiakos, Robertson’s position is under no immediate threat and he can continue to shine week in, week out.

The only Manchester City player on this best defenders rankings list, Laporte is an exceptional talent when fully fit. Without the Frenchman, City would be in real trouble.

Following in the footsteps of Vincent Kompany was never going to be easy but Laporte has thrived as City’s main man in defence. On his day, he is just as important as Van Dijk.

Pep Guardiola is looking to sign a top class defender to play alongside Laporte but there is no doubt that the Frenchman will remain as City’s defensive leader.

Fingers crossed Laporte can stay injury-free for the entire 2020/21 Premier League season and we could see the Manchester City man at his brilliant best.

Astute going forward and reliable defensively, Alexander-Arnold is a fantastic footballer. A real fan favourite at Anfield, the England star is now one of the top full-backs in world football.

He ticks all the right boxes to enjoy a long and successful career at the highest level and he will have a positive impact on online betting odds for years to come.

The Liverpool right-back notched four goals and 13 assists last season – an impressive return for a midfielder let alone a defender.

Something of a set-piece specialist, Alexander-Arnold is clear as the top right-back in English football and he is a player to watch as Liverpool bid to retain the Premier League title.

The undisputed best centre-back in the Premier League, Van Dijk has been key to Liverpool’s success in recent years.

The Netherlands star was tipped for the 2019 Ballon d’Or but had to settle for second place – though he will almost certainly go close again next year.

An absolute shoo-in for our 888 sport prediction Team of the Season for 2019/20, Van Dijk is the complete package and many believe he is the best defender in Premier League history.

While that may be a little far fetched at this stage of his career, Van Dijk certainly ranks top of the current Premier League defenders list.