Our football expert picks his top 10 strikers in the Premier League – do you agree with his picks? 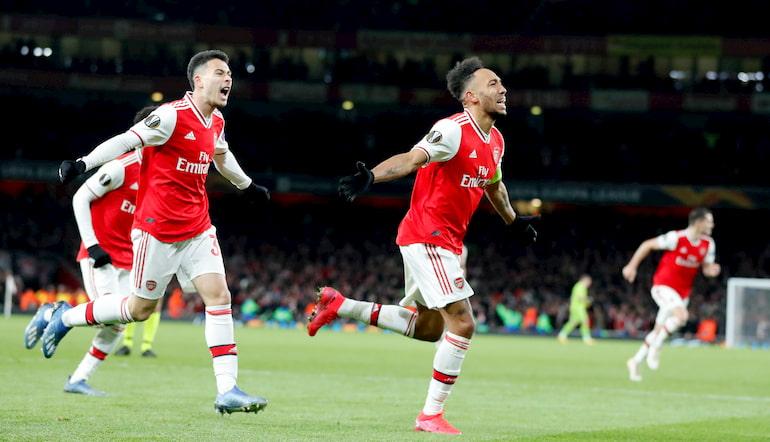 Being a Premier League striker is no easy feat. Adored by fans when you’re amongst the goals but criticised during a dry spell, the centre forward role is a tough position.

However, some of the best strikers in world football ply their trade in the Premier League.

With the obvious exception of Robert Lewandowski, you could argue that most of the top 10 forwards on the planet play in England’s top flight.

With so much talent on show, football betting odds are likely to expect plenty of goals whenever these men are on the pitch.

The striker position has transformed in the modern era, with fewer traditional forwards and more interchanging in the final third.

With that in mind, some of the players in this list are not conventional strikers by any means – but their impact and influence upfront warrants a spot in these rankings.

So without further ado, it is time to hear our Premier League expert’s thoughts on the top 10 strikers in English football.

Do you agree with his picks? Who has he overlooked? Head over to the 888sport Twitter page and have #YourShout.

Firmino scrapes into our rankings. The Brazilian often lives in the shadow of teammates Sadio Mane and Mo Salah but his contributions to Liverpool’s attacking success should not be downplayed.

With eight goals and seven assists in 34 league games, Firmino has been heavily involved in most of Liverpool’s forward play.

However, his main strength comes in his link up play – he is arguably the best in the Premier League at that unconventional forward role.

Liverpool have been clear in the Premier League outright winner odds for some time and Firmino’s influence has been a key reason for their success in 2019/20.

Ings has a better ‘goals per minute’ ratio than the likes of Aubameyang, Rashford and Salah and is full value for his spot in this list.

The Southampton man has been banging in the goals under Ralph Hasenhuttl and he could yet win the Golden Boot award.

The former Liverpool man has always had the talent to succeed on the big stage and he has really hit new heights since joining Southampton.

Ings has helped Saints to climb the table in recent months and he could feature in the next England squad. He may ‘only’ play for Southampton but Ings is one of the most consistent forwards in the Premier League and has been in terrific form.

Currently leading the way with a staggering 22 Premier League goals this season, Vardy is on track to win the Golden Boot award.

Leicester were superb before the break in play and the Foxes forward has flourished under Brendan Rodgers.

His ‘never say die’ attitude goes down well with the Leicester fans and he is a real nuisance to play against. When he’s in the mood, Vardy is capable of giving even the best defenders a stern examination.

Vardy’s decision to retire from international football seems to have paid dividends. If he can carry his 2019/20 form into next season, Leicester could challenge for the European places once again.

Jimenez is one of my favourite strikers in the Premier League – and no, I’m not a Wolves fan.

However, I do admire a number nine that ticks all the right boxes and Jimenez does just that, with finesse, physicality and skill on the ball in his favour.

Wolves are trending on an upward trajectory and the Molineux club are right in the top four betting mix as we enter the closing stages of the campaign. For Wolves to succeed, Jimenez is going to need to step up and put his scoring boots on.

Somewhat overrated still at the beginning of the season, Jimenez is finally starting to get the recognition that his performances deserve.

Salah joins fellow Liverpool forward Firmino in this list – and it is easy to see why.

He has been one of the most consistent players in the Premier League since making the move from AS Roma and Salah is a key component in Liverpool’s attack.

To put his influence into perspective, Salah has scored or assisted 28 goals in 30 league games this season. He is still in the hunt for a third Golden Boot award; an incredible feat given he predominantly plays out wide.

Labelled the ‘Egyptian King’ by Liverpool fans, Salah has already exceeded all expectations at Anfield but could lead the line for many years to come.

Rashford has looked destined for greatness since making his Manchester United debut in 2015 and he has matured into a top talent. Some would claim that Anthony Martial is more naturally gifted but Rashford is arguably more consistent.

Rashford has been directly involved in 21 goals in 26 Premier League games this season – an excellent return to say the least.

With the Red Devils heading in the right direction, Rashford could fire Man United to Premier League glory in the near future.

Off the pitch, Rashford has been a fantastic role model for aspiring footballers and his impact and influence on the pitch isn’t half bad either.

Imagine how good Aubameyang would be at Liverpool or Manchester City.

Despite playing in a sub-par Arsenal side, the Gabon striker has excelled since moving to the Premier League and is a popular pick in online betting odds for top goal scorer.

Aubameyang has scored 20 league goals this season – second only to Vardy’s tally of 22. It wouldn’t be a huge surprise to see Aubameyang surpass the Leicester striker in the coming weeks; he is one of the deadliest strikers in world football.

The Arsenal captain has been linked with a summer departure but the Emirates Stadium faithful will be hoping that a new contract can be agreed in the coming weeks.

Aguero is the most consistent striker in the Premier League, with the Argentina star topping the 15 goals mark once again despite missing a chunk of the season through injury.

At his brilliant best, Aguero is right up there with the best strikers in the world.

The Manchester City forward has now scored a grand total of 180 goals in just 263 top flight matches. Aguero will almost certainly feature prominently in Premier League odds for the Golden Boot next season.

Gabriel Jesus is a solid backup but Aguero is still a class above his peers and he deserves to be recognised as a Premier League great.

All three Liverpool forwards make the cut but Mane has been on another level over the last couple of years.

When the Reds have needed a moment of magic, Mane is usually the one to produce the goods.

Mane has been directly involved in 23 goals so far this campaign and many believe that he is one of the top five players on the planet right now. On current form, Mane would walk into any starting line-up in world football.

With the exception of Virgil van Dijk, Mane is probably Liverpool’s most valuable player and the Reds would be a completely different side without the Senegal star in it.

If you were picking the best conventional striker, you’d have to choose Kane.

He is your stereotypical number nine and suits Tottenham’s style of play perfectly – and he has Alan Shearer’s record of 260 Premier League goals in his sights.

With 13 goals and two assists so far this campaign, Kane was on track to compete for a third Golden Boot award before suffering a long term injury. Fully fit, the Spurs man is a fox in the box and should go close in the running for top goal scorer.

Tottenham’s form tends to dip when Kane is off the pitch, which is the ultimate compliment for a striker and he will be key to their Premier League top four chances.