Could these high profile footballers be set for new challenges ahead of the 2020/21 season? 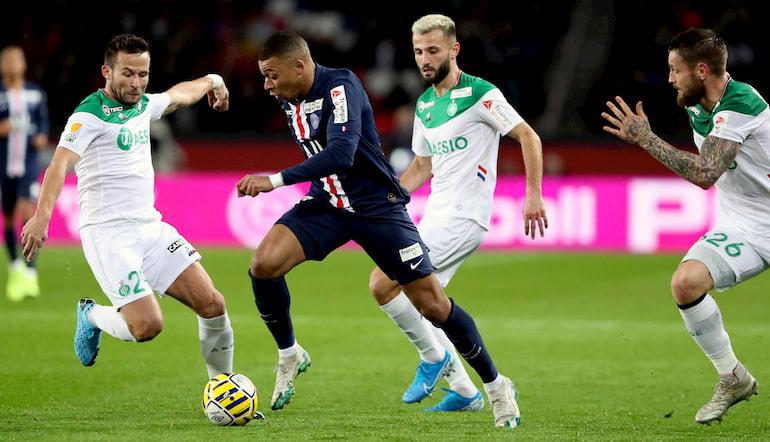 The summer transfer window is here and that means daily transfer rumours that could have a major impact on football betting odds next season.

With high profile names from across Europe linked with some of the biggest clubs on the planet, it is one of the most exciting periods of the campaign.

These are just a few of the biggest names linked with departures this summer – it could be a massive period for spending after an unprecedented campaign.

Without further ado, it is time to take a closer look at our list of the top transfer betting tips. All eight players would impact the online betting odds ahead of next season…

One of the highest profile names on this list, Coutinho could be set for a spectacular return to the Premier League.

It hasn’t quite worked out for the Brazilian since leaving Liverpool for Barcelona but he has managed to regain something close to his best form while on loan at Bayern Munich.

On his day, Coutinho is a joy to watch. This midfield maestro is capable of taking a game by the scruff of the neck and creating something out of nothing.

Linked with both Chelsea and a possible return to Liverpool, Coutinho would have a positive impact on the outright winner odds for whichever team he joined.

Wales, Golf, Madrid – in that order. Bale was the easy scapegoat for some of Real Madrid’s shortcomings in recent years and the Bernabeu hierarchy have turned against him.

Once widely regarded as one of the top three players on the planet, Real paid a then-world record fee for the Welshman but his time in Spain could be coming to an end.

Given the opportunity, Bale is still capable of holding his own in any starting line-up in world football. It will be interesting to see if any of Europe’s elite clubs test the waters...

Bale has been linked with Manchester United over the last few years – could the Red Devils move for the 31-year-old this summer?

Chilwell has been a fantastic servant to Leicester City since working his way up through the academy, notching over 100 appearances in all competitions.

The Foxes left back has elevated his game to new heights in 2019/20, adding an attacking element to his play. As a result, Chilwell has scored three league goals this season.

Reports have claimed that Chilwell is one of Chelsea’s top targets and the chance to join a leading Premier League betting odds club might be too good to turn down.

Chilwell is now an established England international and a move to Stamford Bridge could be on the cards if he maintains his form in the coming weeks.

Vertonghen has been part of the furniture at Tottenham since 2012 and Spurs fans will be gutted to see the Belgium defender leave the club at the end of the campaign.

While not directly a ‘transfer’ as he is due to depart as a free agent, Vertonghen has already attracted lots of attention in the transfer market – particularly with Serie A clubs.

In fact, three of the leading clubs in our transfer betting odds are in Italy’s top flight. Given his style and age, Vertonghen would probably be well suited to Italian football.

While unlikely, a romantic return to Ajax cannot be ruled out. However, the more realistic option is to join former Premier League star Chris Smalling at AS Roma.

Mbappe was touted as a future Ballon d’Or winner when he burst onto the scene at AS Monaco. Now with Paris Saint-Germain, he is one step closer to that accolade.

Still only 21 years old, Mbappe has the world at his feet and he has been linked with the likes of Manchester City, Real Madrid and FC Barcelona in recent times.

His goal scoring record is sensational and he wouldn’t look out of place in any of those teams. The key to staying in Paris is European success but will Ligue 1 hinder his Ballon d’Or chances?

Mbappe’s stock will continue to rise if he lights up the Champions League next month. At the time of writing, PSG are a 7/2 chance to win the competition with 888sport.

Who is the first Aston Villa player to spring to mind? The answer: Grealish. The 24-year-old has been absolutely outstanding this season and could yet be key to Villa’s survival chances.

With seven goals and six assists, Grealish has been directly involved in 33% of Villa’s league goals this campaign. If they stay up, his price tag is going to be huge.

Grealish is Villa through and through but he looks destined for bigger and better things in the future. He has the talent to go all the way to the top.

The Villa captain refused to comment on his future in a recent interview and it wouldn’t be a huge surprise to see Manchester United or Tottenham Hotspur come knocking.

Sanchez was a demon during his Arsenal days but failed to live up to the hype after moving to Manchester United. Nowadays, he is plying his trade out in Italy.

While Sanchez has been directly involved in 12 league goals for Inter Milan, he has played the full 90 minutes just five times all season.

Sanchez is still on loan from Manchester United and his future may depend on whether Red Devils boss Ole Gunnar Solskjaer is willing to give him a second chance at Old Trafford.

Would United’s top four betting odds be enhanced with Sanchez back in the squad? If not, it might be the right time to send him on his way…

The second Real Madrid player on this list, Isco has made 23 La Liga appearances this season but eight of those have been off the substitutes bench.

However, the Spain international ended the 2019/20 campaign on a high note, with a Man of the Match performance and a goal in the final league games of the season.

Isco has been linked with a move to Manchester City for some time now – he is the perfect Pep Guardiola midfielder. And with David Silva leaving the club this summer, now could be the ideal time for City to make a move.

On paper, Isco ticks all the right boxes to succeed in the Premier League. He would certainly give the Blues another creative option in what might be the best midfield in world football.